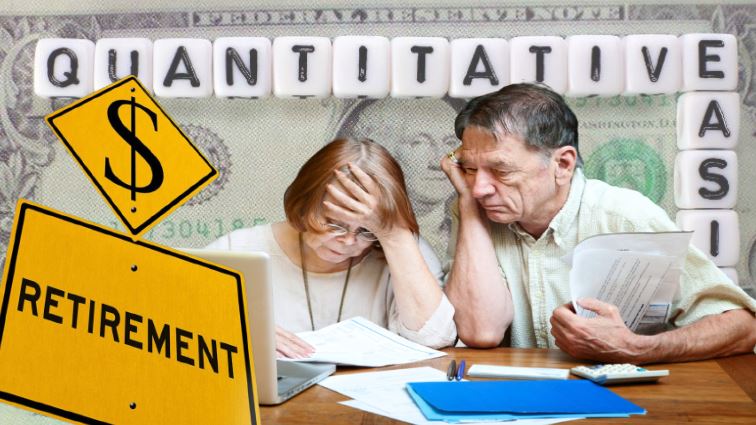 Despite being in the boom phase of the business cycle, central banks worldwide are employing quantitative easing – the process of buying long-term assets to drive down interest rates – to prop up the global economy. The Federal Reserve was tightening for several months leading up to 2019, but then it had cold feet when stock markets recorded steep losses and the national economy started to slow down a bit. In the fall of 2019, September to be exact the Fed relaunched QE4 (just don’t call it QE!) and it will have devastating consequences for savers, retirees, and consumers who live under rooftops, put food in their mouths, and receive medical care.

QE may be padding investment portfolios right now, but the unconventional monetary policy tool will create an unfriendly environment for seniors. Let’s explore how QE will destroy the retirement dream.

The negative interest rate policy (NIRP) and the zero-interest rate policy (ZIRP) have been prevalent throughout Europe for several years – the U.S. endured ZIRP for nearly ten years. The European Central Bank (ECB), the Bundesbank in Germany, the Riksbank in Sweden, and the Swiss National Bank (SNB) have adopted NIRP and ZIRP and the results have mirrored policymakers’ initial expectations. Stockholm recently announced that it was raising rates amid record household and corporate debt, zombie companies, and pension liability risks.

Of course, the real problem of NIRP is the destruction of savings accounts. Most financial institutions have indeed refrained from giving their depositors a haircut, but there is a growing number of banks that have started targeting wealthy account holders because their bottom lines have taken a hit. For example, in 2017, Sparkasse Köln-Bonn penalized accounts that stored three million euros ($3.28 million). In 2018, Credit Suisse confirmed it was charging affluent Swiss customers a rate of -0.75 percent on cash balances above two million Swiss francs ($2.02 million). 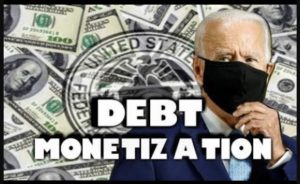 To the average person, this would appear to be a lot of money. At the same time, for someone who may have skimped and saved their entire lives to accrue such savings, this is a punch in the gut.

But what happens when these banks start targeting deposits that are more in line with national averages? The world witnessed a glimpse of this nearly a decade ago when Cyprus banks wanted to give a haircut to all depositors, but then after intense backlash, financial institutions revised its policy to accounts exceeding 100,000 euros ($109,000).

The Federal Reserve is stuck between a rock and a hard place. On one hand, it would potentially need to adopt a NIRP to support the post-coronavirus economic recovery. On the other, inflation is beginning to soar (see below), and it would be challenging for the central bank to keep the lid on inflation if it either kept rates near-zero or brought them into subzero territory. President Joe Biden has not said anything related to monetary policy, and Fed Chair Jerome Powell has seemingly moved on from this unconventional monetary policy tool. But in a sluggish economic recovery, all options might be on the table.

When QE started following the recession, many critics had warned about its inflationary effects. Years later, proponents grinningly asked, “So, where’s all that inflation you crazy libertarians warned about?” Sure, hyperinflation has not happened (yet?), but to dismiss price inflation entirely is disingenuous. Just look at the government’s consumer price index (CPI) since the first round of QE.

That said, the inflation tax is the most harmful consequences of expansive monetary policy. While the clandestine inflation penalty affects everybody, retirees bear the most consequence. Because many seniors quit the workforce and depend on their Social Security and modest savings to live, any price inflation spike or any debasement to the currency’s purchasing power is a frightening prospect. 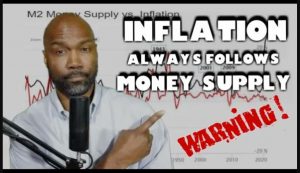 Since QE has unleashed trillions of new U.S. dollars into the economy in 12 months, more money is making its way through the system. As Hal Snarr writes at the Mises Institute:

“Ludwig von Mises pointed out that newly printed money is not equally distributed to all members of society. It gets credited to the bank accounts of government and banks first. It then flows to defense contractors who sell bombs and boats to the Department of Defense, or it flows to the investor-class who borrow to leverage investments in stock, real estate, or bitcoin. Hence, massive increases in the monetary base inflate stocks, homes, and bitcoin well before it inflates consumer prices.”

Consumer and price prices are the highest they have been in several years, suggesting that inflation is no longer being contained. The only question is if this inflation is “transitory,” as Washington suggests, or if it is a permanent tsunami that will flood the U.S. economy. Whatever the case, the only way to stop a spike in price inflation and monetary debasement is by raising rates. A similar situation happened in the early 1980s when then-Fed Chair Paul Volcker raised rates to reduce inflation – and it worked!

In December 2019, a Create Research and Amundi Asset Management study discovered that most European pension funds believe the decade-long ultra-loose monetary policy has “inexorably inflated” pension liabilities and global debt. The problem, they noted, is being exacerbated due to ZIRP and NIRP and are undermining the long-term financial viability of these accounts. The study revealed that 55 percent of the 153 pension plans with 1.9 trillion euros ($2.08 trillion) would contribute to the next economic collapse. 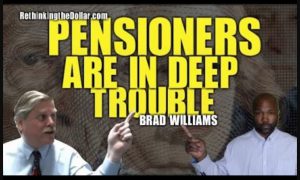 PENSIONERS: The Need For A Paradigm Shift In Their Investment Strategy w/ Brad Williams

The main issue is that QE initially offered stabilization in financial markets. However, as the years went on, ZIRP forced these pension funds to hunt for greater returns by investing in risky illiquid assets and tackling simultaneously climbing debt levels and asset prices.

Experts fear that a so-called Japanification could happen whereby perpetually low interest rates will make it hard for fiscal and monetary policymakers to stimulate the economy – in the U.S., Europe, and elsewhere. Moreover, it will be difficult for the economy to adapt once QE is phased out – if it ever will. The consensus among pension plans is that once the training wheels come off, extreme market volatility will be prevalent. And that is bad news for retirement pension plans that have great exposure to equities.

One of the biggest beneficiaries of the first three rounds of QE was the housing sector – buyers and sellers. But the benefits were not distributed equally as an October 2016 study discovered.

Conforming loans are mortgages that meet financing limits outlined by the Federal Housing Finance Agency (FHFA), as well as the underwriting guidelines by Fannie Mae and Freddie Mac. Non-forming loans do not. 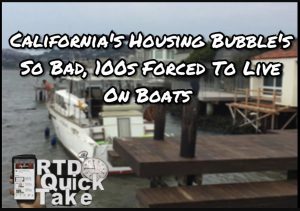 According to a paper, titled “How Quantitative Easing Works: Evidence on the Refinancing Channel,” QE helped borrowers with conforming mortgages because they had an easier time locating a lender to refinance their mortgages and receive lower rates. It is estimated that households that refinanced saved approximately $3,000 per year.

This occurred because QE allowed the Fed to purchase conforming loans – the law dictates that the Fed is only permitted to buy government-guaranteed debt.

So, if you were one of the millions of borrowers residing in distressed areas that did not qualify for the rules under conforming loans, then you were left underwater with damaged credit. Your home might have been your retirement nest egg, but you were not afforded the same privileges that your fellow Americans received.

Soon after the Eccles Building tightened monetary policy, the U.S. stock market took a deep nosedive. The Dow Jones Industrial Average, the NASDAQ Composite Index, and the S&P 500 recorded steep losses. For anyone doubtful that easing and tightening impact markets, this was a case study illustrating QE and QT in real-time. 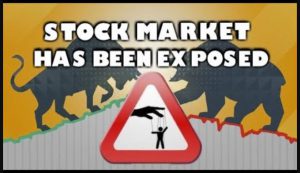 The Stock Market Manipulation Has Been Exposed!

Once the COVID-19 public health crisis swarmed the United States, the central bank swooped in and bailed out the financial markets. After a year of record gains, could the equities arena begin to start deflating the bubble? It has been a volatile experience in 2021, and the May 19, 2021 meltdown across the entire landscape – except gold! – the Eccles Building is walking on a tightrope.

What happens if the Fed, once again, decides to taper and tighten? Powell has said he is not even “thinking about thinking about” tapering and tightening, and his colleagues believe maintaining the $120 billion in monthly bond purchases is necessary, particularly after various disappointing economic data reports. If the institution pulls the trigger on a rate hike or QE reduction, you could anticipate the same trend. This is bad news for retirees who may have a considerable portion of their nest egg invested in stocks, mutual funds, and exchange-traded funds (ETFs).

Is the retirement dream dead? A lot of surveys over the years have revealed an uncomfortable truth that most millennials believe they will work until they are dead, and many Baby Boomers think they will outlive their savings. Another statistic that the studies routinely report is that there is a considerable number of people – young and old – who have very little saved for their winter years. The reasons for the lack of retirement funds may vary, but there is another threat to your nest egg: quantitative easing.

The world is stuck in No Man’s Land. With QE, the bubble balloons and will make the bust worse. Without QE, the bubble bursts and the bust affects millions everywhere. Death by murder or death by suicide – pick your poison. 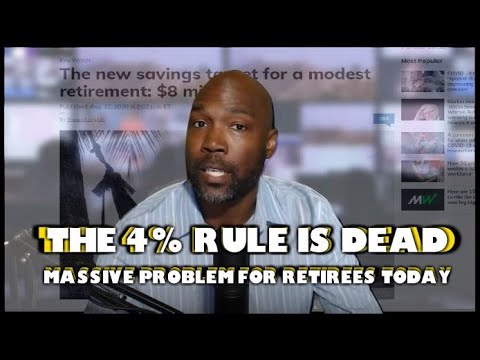 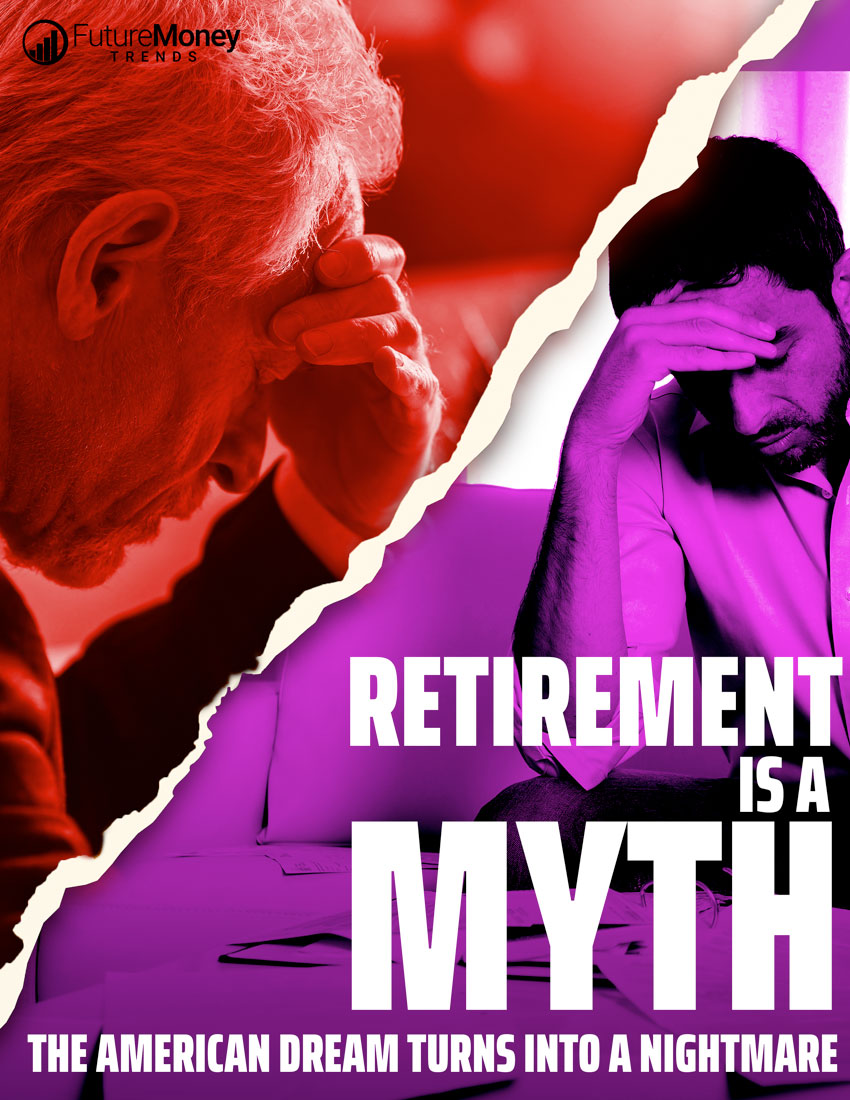 Retirement is a Myth: The American Dream Turns Into a Nightmare

The idea of working hard, staying loyal to your employer for 40 years, and retiring comfortably at age 65 is a nice thought – and it made sense in previous generations, when pension plans, Social Security, and other safety nets could be counted on to support us and reward us for all the years we contributed to the system.