Did the NSA Create Bitcoin? 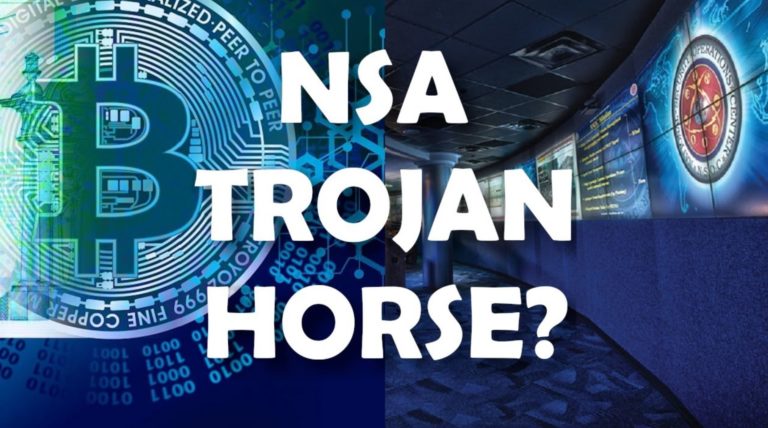 The mysterious origins of Bitcoin have led to endless theories pertaining to who Satoshi Nakamoto actually is. One prominent theory, which is sometimes circulated in the liberty movement, is that Bitcoin is nothing more than a trojan horse of the establishment, designed to move people away from cash and gold, and towards digital currencies.

The basis for this argument tends to lean heavily on a paper written by three employees of the National Security Agency (NSA) Office of Information Security Research and Technology, Cryptology Division, in June 1996. The paper was titled: How to Make a Mint: The Cryptography of Anonymous Electronic Cash.

For those who think that this paper is somehow smoking-gun information exposing how Bitcoin was created by the NSA, I would disagree. After all, the paper spends a large amount of time making statist arguments and talking about how bad an anonymous currency would be from the perspective of the establishment.

I understand that Bitcoin is not fully anonymous, but this is because Satoshi had to make structural trade-offs in the design of Bitcoin, rather than Satoshi having any statist concerns about tax evasion or whatever else. In order to create a decentralized network that minimizes the need for trust, Satoshi employed a blockchain when creating Bitcoin. As a blockchain is a distributed public ledger where all transactions are publicly verified and recorded, anonymity is reduced.

If we turn our attention back to the NSA paper, it is anti-Bitcoin in its tone and principles. For instance, the NSA paper employs the same statist argument made against Bitcoin today in regards to how money laundering may be made easier by cryptocurrencies:

“In particular, the dangers of money laundering and counterfeiting are potentially far more serious than with paper cash. These problems exist in any electronic payment system, but they are made much worse by the presence of anonymity. Indeed, the widespread use of electronic cash would increase the vulnerability of the national financial system to Information Warfare attacks. We discuss measures to manage these risks; these steps, however, would have the effect of limiting the users’ anonymity.” 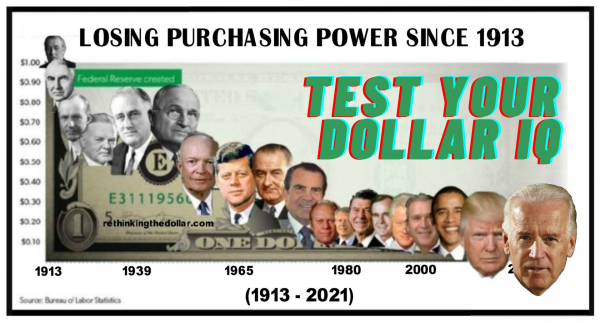 Furthermore, the NSA paper advocates the introduction of third parties to counter money laundering, with the idea of a third-party dispute layer being totally anti-Bitcoin, as peer-to-peer Bitcoin removes the need for third parties as much as possible:

“The untraceability property of electronic cash creates problems in detecting money laundering and tax evasion because there is no way to link the payer and payee. To counter this problem, it is possible to design a system that has an option to restore traceability using an escrow mechanism. If certain conditions are met (such as a court order), a deposit or withdrawal record can be turned over to a commonly trusted entity who holds a key that can decrypt information connecting the deposit to a withdrawal or vice versa. This will identify the payer or payee in a particular transaction.”

More than anything else, the NSA paper is a literature review of the existing work others had done on a system of electronic cash using cryptography, and it constantly employs statist arguments that are anti-Bitcoin.

How to “Make Big Brother Obsolete”

For the true origins of Bitcoin, it is far more accurate in my opinion to look at the references the NSA paper uses. The NSA paper constantly references the work of David Chaum for instance, a PHD-level computer scientist who is often regarded as the godfather of the cypherpunk movement, a movement of computer scientists that arose in the late 20thcentury who wanted to use cryptography to advance privacy on the emerging internet.

Chaum was working on privacy and electronic cryptographic cash systems all the way back in the early 1980s, with one paper from 1983 titled: Blind Signatures for Untraceable Payments. Two year later, in 1985, Chaum wrote another paper titled: Security without Identification: Transaction Systems to Make Big Brother Obsolete. In this paper, Chaum outlined the type of Orwellian society that could be created if privacy wasn’t protected (which sadly sounds a lot like our society today). He wrote, all the way back in 1985, that “the foundation is being laid for a dossier society, in which computers could be used to infer individuals’ life-styles, habits, whereabouts, and associations from data collected in ordinary consumer transactions” (Chaum, 1030: 1985). Furthermore, at the time when the NSA paper was released in 1996, Chaum was head of a company called Digicash, which had designed a working digital currency, although the project eventually collapsed.

So, the idea that the NSA was the first to propose a Bitcoin-like system in its 1996 paper is ridiculous. Chaum was at least a decade ahead of the NSA, and many other people who were part of the cypherpunk movement were working on similar ideas to what Bitcoin became.

For instance, in 1988, eight years prior to the NSA paper, Timothy C. May, a cypherpunk and founder of the crypto-anarchist movement, wrote The Crypto Anarchist Manifesto. As May eloquently and presciently wrote:

“Computer technology is on the verge of providing the ability for individuals and groups to communicate and interact with each other in a totally anonymous manner… Just as the technology of printing altered and reduced the power of medieval guilds and the social power structure, so too will cryptologic methods fundamentally alter the nature of corporations and of government interference in economic transactions. Combined with emerging information markets, crypto anarchy will create a liquid market for any and all material which can be put into words and pictures.

And just as a seemingly minor invention like barbed wire made possible the fencing-off of vast ranches and farms, thus altering forever the concepts of land and property rights in the frontier West, so too will the seemingly minor discovery out of an arcane branch of mathematics come to be the wire clippers which dismantle the barbed wire around intellectual property.

Arise, you have nothing to lose but your barbed wire fences!”

If anyone is truly looking for more information on the origins of Bitcoin, delving more into the cypherpunk movement, the crypto-anarchist movement, and early proposals for digital money such as Nick Szabo’s Bit Gold, are all good places to start.

A Digital Dollar Is No Match for Bitcoin 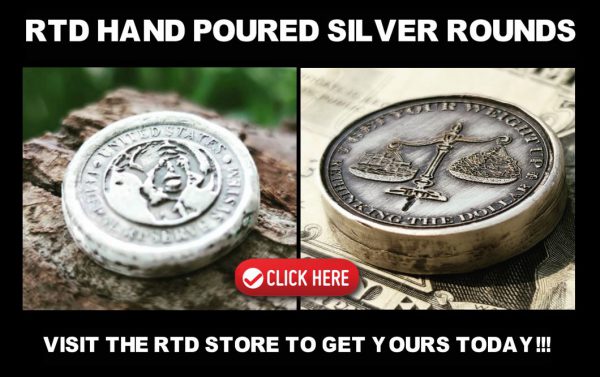