Will They Take All Your Money? 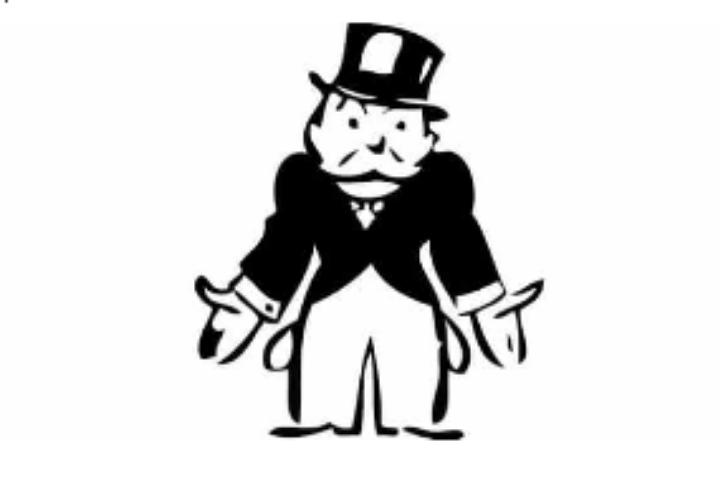 Why not? It’s not yours.

Most people assume that, if they have money on deposit in a bank, they own that money. That’s not necessarily the case. Decades ago, some of the world’s most powerful countries began to pass legislation that, if you deposit money in the bank, it becomes the property of the bank. In those countries, if you open a bank account and make a deposit, you sign off legal title to that cash. It becomes an asset of the bank.

The reason they got away with this obvious “theft through legislation” was that the banks were required to henceforth regard your deposit as a debt in your favour. So, technically, you were still owed the money as a bank liability, even though it was no longer truly yours.

On the surface, the change of ownership may seem to be a moot point, as, surely any bank would allow you to withdraw whatever you have deposited, or there would be a run on the bank and the bank would fail.

What if there were a financial crisis, such as in Greece, where an anticipated run on the banks was circumvented by freezing all accounts, then partially reopening them? If that were the case, the bank in question could allow small amounts of cash to be withdrawn by its depositors each week or each month until the crisis had been safely averted.

Surely, that would be a good thing to do, yes?

Well, there might be a problem there. It’s just possible that the bank would decide that it was enjoying the revised relationship, that it would like to continue to take in deposits the normal way but only pay out “allowances” to depositors as it saw fit.

And that’s just what’s happened. The end of the Greek banking crisis has never been acknowledged, and depositors have to accept whatever the banks choose to allow them to withdraw, long after the crisis ended.

If other banks, throughout the world, were to do the same as Greece, depositors would, in effect, be on an “allowance” from the bank.

But if that were the only concern, depositors could feel assured that, as their deposits were a liability on the bank’s books, the debt to them would remain, albeit without the depositor having free access to the deposit.

Well, unfortunately, the US came up with an idea that further lessened the chances of bank deposits being redeemed at some point.

A law was passed in 2010 that allowed any bank, if it declared a bank emergency, to confiscate deposits in such a way that the liability could be diminished or eliminated by the bank unilaterally. In effect: a license to steal.

This law was then tested. A trial balloon went up in Cyprus, where deposits were confiscated as a result of a declared but unannounced bank emergency. Since Cyprus is merely a small island nation, most people outside the country paid the event little heed, but it established the principle that it was all right to confiscate deposits if the bank felt an emergency condition existed. (And remember, the bank wasn’t required to announce the emergency prior to confiscation.)

Since the trial balloon was so successful, Canada also passed confiscation legislation (in 2013), as did the EU (in 2014).

Then, in 2017, Greece began seizing bank accounts due to alleged unpaid taxes. It’s important to bear in mind that, since these confiscations were taken directly from bank accounts, the seizures were not a part of any agreement of level of debt between the taxpayer and the government, but were determined by the government, unilaterally, then taken.

In reviewing all the above, it would be reasonable if the reader were to conclude that, if he does his banking in the EU, US, or Canada, his government and his bank have him in a financial straightjacket that he cannot escape. He is, in effect, a turkey that’s trussed up and ready for slaughter, and in terms of a pending economic crisis, “Thanksgiving” is rapidly approaching.

It would seem clear, then, that any deposits that are in any bank within these jurisdictions should be regarded as sacrificial. It may be convenient to have some expense money in one of these banks, but any “wealth” should be removed to a safer place as soon as possible.

But where would it be moved to? Are there safer jurisdictions? Well, yes. What you’d want to do would be to seek out jurisdictions whose government revenue is based on foreign depositors using their systems, more than locals.

This would indicate the many small countries that depend primarily on foreign deposits – whose political class would lose their careers if they were to alienate foreign investors.

There are quite a few to consider using: Singapore, the Channel Islands, the British Virgin Islands, Hong Kong, the Cayman Islands, Switzerland, etc.

Next you may want to do some research on what form of legal system is used in each of those countries. In the Western Hemisphere, there are two predominant systems: Civil Law, as is employed in most Spanish countries, and English Common Law, which is found in most all non-Spanish countries.

Under Civil Law, not everyone has the same rights within the country. Those who are not citizens tend to take a lesser position than citizens, under the law. This provides a layer of opportunity for fraud by local banks with regard to deposits of non-nationals.

In Mexico, such fraud has become a lucrative business. In 2018 alone, there were an astonishing 7.3 million complaints of fraud, amounting to about $1 billion. And under Civil Law, such fraud can be difficult for the foreigner to address.

So, does this mean that you’re toast, no matter where you move your wealth for safekeeping?

No, quite the contrary. What it means is that you select those countries that do not come under the wings of the US, EU, or Canada. Then focus on those remaining jurisdictions that operate under English Common Law (or a similar-based system).

Then, narrow your study to those smaller jurisdictions whose economy depends upon serving foreign investors well.

Most countries have no confiscation laws, and for the US, EU, or Canada to confiscate your deposits in other countries, they’d need to adhere to the laws of those countries. In your home country, you could suffer confiscation without warning. But in a country without confiscatory laws, any attempt would need to pass through that country’s court system, which would be, at a minimum, ponderous and time consuming for your home country to pursue. And if the economic future of the country you’d chosen depended on keeping overseas investors happy, the political will would exist to make any confiscation by your home country difficult, if not impossible.

Above all, if your wealth is no longer yours in your home jurisdiction, you can benefit by expatriating it to one or more carefully chosen non-confiscatory jurisdictions.