The Illusion of Getting Rich While Producing Nothing

By incentivizing speculation and corruption, reducing the rewards for productive work and sucking wages dry with inflation, America has greased the skids to collapse.

Of all the mass delusions running rampant in the culture, none is more spectacularly delusional than the conviction that we can all get fabulously rich from speculation while producing nothing. The key characteristic of speculation is that it produces nothing: it doesn’t generate any new goods or services, boost productivity or increase the functionality of real-world essentials.

Like all mass delusions, the greater the disconnect from reality, the greater the appeal. Mass delusions gain their escape velocity by leaving any ties to real-world limitations behind, and by igniting the most powerful booster to human euphoric confidence known, greed.

Lost in the mania of easy wealth from speculative trading is the absence of any value creation in the rotation-churn of moving bets from one table to the latest hot game: in flipping houses sight unseen, no functionality was added to the house. In transferring bets on one cryptocurrency to another or from one meme stock to another, no value to the economy or society was created.

In the mass delusion that near-infinite wealth can be generated without producing anything, creating value has no value: the delusion is that I can get rich producing nothing but speculative gains, and then I can buy all the stuff somebody else is making.

The fantasy powering the speculative frenzy is once I get rich, I’ll stop working and live off my wealth. It’s interesting, isn’t it, how everyone can get rich via unproductive speculation, quit their jobs and then live off the productive work of somebody else who failed to get rich off speculation. 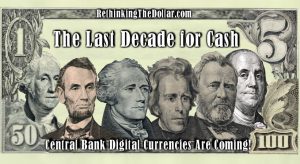 Maybe that’s why all the container ships are lined up at Long Beach, waiting to unload the goodies made in China for American speculators to buy. This is what happens when the incentive structure of the economy decays so that being productive has little upside (i.e., working is for chumps) while speculating is all upside (get rich quickly and easily).

Everyone knows great empires became great by transferring their critical supply chains to competing nations, living it up on borrowed/printed money, exploiting the highest bidder wins regulatory/governance system and incentivizing speculation while pushing wage earners into debt-and-tax servitude. Bone up on your history, Bucko; all great nations got there by quitting boring, tiresome productive work to speculate on illusions of value with borrowed money.

This is the result of monopolies and cartels becoming the financial and political power centers of the nation. Maximizing private gains is all that matters in this incentive structure, and so treating employees as chattel to lower costs, offshoring critical supply chains to squeeze out a few more dollars of profits, engineering products to break down (planned obsolescence), buying regulatory barriers and “free passes” and tax breaks galore with all the billions showered on financiers and other fraudsters by the Federal Reserve: in a word, a system that optimizes corruption.

This is how you hollow out a nation and guarantee collapse. The most rewarding “skillsets” are a sociopathological obsession with maximizing profits by any means available and speculating with Fed free money for financiers. The millions of “retail” speculators are simply picking up the cues being given by the billionaires who gained their wealth by issuing debt to fund stock buy-backs and other financial manipulations.

Working for monopolies and cartels is for chumps because monopolies and cartels have zero incentive to share profits with mere employees. Their profits are made not by taking care of their workforce but by regulatory capture, artificial scarcities and financialized destruction of competition: first, borrow billions thanks to the Fed and Wall Street, destroy the competition (for example, the taxi industry), then once the competition has been wiped out, jack up prices because now consumers have no choice other than another member of the cartel.

By incentivizing speculation and corruption, reducing the rewards for productive work and sucking wages dry with inflation, America has greased the skids to collapse. As with all mass delusions, the incentives to continue believing are immense and the incentives to reconnect with reality few.

So in conclusion: the speculative gains to be made in the collapse of the mass delusion will be spectacular. There’s nothing like the collapse of a hollowed out, completely corrupt economy to generate outsized profits for nimble speculators.