The Covid Stimulus Isn’t Like Other Stimulus. It’s Much Bigger. 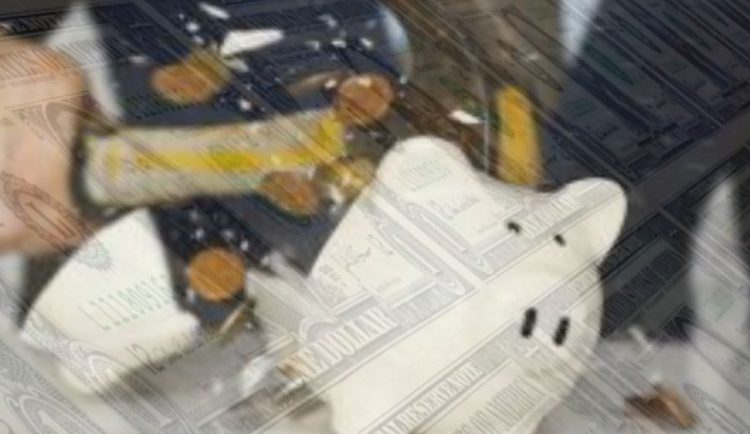 When it comes to policy debates, it’s now pretty clear that if you’d like to sound very quaint and old fashioned, be sure to express some concerns over the size of the federal budget and deficit spending.

Such concerns are now taken about as seriously by the average politician in Washington as is the constitutionality of the PATRIOT Act. Virtually no one cares.

Not surprisingly, deficit spending was also remarkably high under Trump—precovid—as well. By 2019, Trump had signed off on a trillion-dollar deficit, something many thought to be outlandish during a nonrecessionary period before that.

But those numbers—including the numbers from the Great Recession bailout years—all look modest compared to the surge in spending that occurred with the covid panic of 2020 and 2021.

Let’s compare spending in the two periods. For example, from 2019 to 2020, federal spending rose 54 percent—from $4.5 trillion to $6.5 trillion, respectively—as Congress and the White House poured money into bailouts and stimulus. On the other hand, in the wake of the financial crisis, from 2008 to 2009, spending “only” increased 14 percent, from $3.6 trillion to $4.2 trillion.

At this point, defenders of runaway spending will often suggest that what really matters is spending compared to gross domestic product (GDP).

So let’s look at that measure. In 2020, federal outlays as a percentage of the nation’s GDP surged to 31 percent, the highest number seen since 1945.

Similarly, the federal deficit as a percentage of GDP surged to nearly 15 percent in 2020. Again, this is the highest number seen of this measure since 1945.

(Proportional comparisons of this sort tend to understate the extent to which debt and spending is growing compared to the overall GDP. This is because government spending is itself a component of GDP, and since GDP is measured in dollars, monetary expansion—even without true growth in economic activity—can fuel GDP expansion as well.)

So when do things return to “normal”? There is still no evidence so far that this immense shift toward federal spending is over. Although 2021’s numbers show some declines from 2020’s frenzy of spending, things are a long way from returning to even what they were during the bailouts of the Great Recession. The Congressional Budget Office now estimates that 2021’s deficit will again be over $3 trillion, and “Congress will run a budgetary shortfall this year equivalent to 13.4% of GDP…. That’s the second-largest level since 1945 and exceeded only by the 2020 spending.”

All this government spending points to a regime and a voting public that’s so panicked over covid that it’s unlikely to embrace any meaningful limits on spending.

The fact that we must look back to the Second World War to find similar policy reactions in terms of spending is remarkable indeed. When measured in terms of spending, neither the Korean War, the Vietnam War, nor even [Joseph] Stalin getting the bomb in 1949, warranted the sorts of panicky crisis spending we’ve seen in the age of covid. Rather, we must go all the way back to the days when Americans feared Tojo [Hideki] might bomb San Diego into oblivion in order to find an example of the political will necessary to foster an embrace of 2020-like spending.

And we’ve certainly seen this attitude at work in Washington.

What small amount of opposition did occur last year came from a tiny handful of dissidents such as Thomas Massie, who once dared to ask that a roll call vote be held on one of Congress’s $2 trillion relief packages last year.

Congressional leaders wanted only a voice vote, with no debate and with virtually no one present in Congress, so there would be no record of each member’s vote for the bill. For his minor objection, Donald Trump declared Massie to be “a disaster for America” who should be “thrown out of the Republican Party.” Democrats were no more complimentary. Congress didn’t try to keep up even the appearance of debate or any semblance of checks and balances. The congressional budget process was nothing more than a rubber stamp, and the leadership would brook no dissent from either party.

Who Cares about Spending?

And with every new multitrillion-dollar relief package Congress approves, much of the public lets out a collective yawn.

The attitude is sure to be “So what?” among much of the public, and that means we’re unlikely to discover a critical mass of antispending activists out in the American public. The reason for this is just the latest example of the effect of the “seen versus the unseen.”

The public sees the government spending on infrastructure, on unemployment payments, on loans to businesses, and on “free” money to American households. Most Americans are likely to find something they like in all that spending, and so they don’t exactly strenuously object. After all, they see all these benefits without any clear connection to rising taxes.

Thus, much of the public completely ignores the “unseen” of what could have been bought with all that money had it not been redistributed by government fiat. The “unseen” is malinvestment, inflation, and more political power for the regime. Moreover, the monetary inflation necessary to keep the deficit-spending machine going continues to fuel artificial economic inequality. Easy money fuels asset price inflation for the rich while impoverishing ordinary people through inflation, booms, and busts.

But as the current government spending situation makes clear, these facts are virtually unknown to most of the public, and thus the public doesn’t see much downside to spending. Long gone are the old populist Democrats of Grover Cleveland’s day, who understood that government spending was ripping somebody off—and that “somebody” is probably you.

Many also likely believe that as happened after World War II, things will just go back to “normal” after the crisis.

Of course, things never went back to normal after the Second World War. Federal spending as a percentage of GDP has been nearly double what it was even during the big spending days of the New Deal. What’s more, the three decades of immense economic expansion following World War II occurred in a world where foreign economies were recovering from ruin and most of the world’s population was too unproductive to offer much competition to America’s workers. The US was running budget surpluses in the late forties and through much of the fifties. Americans were young, and there were far more workers producing than collecting government Social Security welfare checks.

Those days are gone, and although American workers continue to be highly productive, the burden each worker must bear to pay for the elderly and the unproductive continues to grow.

What we have now is a country heavily dependent on ever-larger amounts of government spending and monetary expansion. It’s an economy marked by a growing population of aging pensioners, trillions spent on lost wars, and a mountain of debt with no prospects of “returning to normal” any time soon. Many Americans apparently like it that way.

This article is adapted from a talk at the Colorado Springs Mises Meetup on August 21, 2021. See the video.