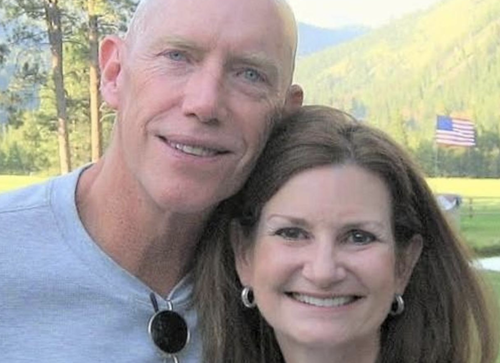 What middle-class American couple wouldn’t want to spend their golden years lounging around a 3,000 square foot penthouse apartment? For many, that’s the dream. However, the impact of the financial crisis and a rising cost of living in the US is forcing more Americans to consider more adventurous alternatives, like moving to South America.

One couple, Cynthia and Edd Staton, moved to Ecuador in 2010 after the financial crisis nearly wiped out their savings. The couple still receive their social security checks, and in Ecuador, that amount, plus what savings they have left, is more than enough for them to get by.

Every month, the couple sets aside a modest budget of $2,000. That covers their rent in a 3,000 square foot Ecuadorian penthouse in Cuenca, the city where they live. They have a housekeeper, they eat out regularly, and they never complain about health-care costs.

Occasionally the two will wander through their gym or take a few laps in their swimming pool.

According to CBS News (citing SSA data), the number of retirees who draw Social Security and live outside the US increased by 40% to more than 413,000 during the ten years between 2007 and 2017. This increase coincides with a massive run-up in the cost of housing in the US, particularly in expensive metropolitan areas along the coasts.

To be sure, ~400,000 is still only a small fraction of the 42 million American retirees who collect social security. But it reflects the financial realities for a growing number of baby boomers who are hitting 65 without nearly enough set aside.

Even though the median retirement savings for a 65-year-old American has climbed to $152,000, the highest in history, 1 in 5 retirees say they haven’t yet recovered from the financial crisis, and worry they won’t have enough to tide them over.

“Their idea of what they could afford in retirement isn’t matching reality,” Prescher said about retirees who move abroad because of finances. “No one knows what will happen with health care in the U.S. – it’s hugely uncertain.”

One expat has come up with a term for Americans like the Staton’s: ‘economic refugees.’

Americans who opt to retire outside the U.S. are driven by different motivations, said Dan Prescher, senior editor at International Living, a publication geared to people who want to live or retire abroad. Prescher and his wife, originally from Nebraska, now live in Mexico, where they were drawn because of the better weather.

Some are baby boomers who “now can have that great adventure they always wanted,” he said. Others are what the Statons describe as “economic refugees,” or Americans who are worried about managing retirement on a limited budget.

Even though Americans who are at least 65 are covered by Medicare, out-of-pocket health-care costs for retirees increase every year. One study found that the typical couple will need a total of $285,000 to cover health expenses in their retirement decades, as Medicare doesn’t cover most dental work and long-term care. Consumers must also pay copays and deductibles and other fees.

Joining a national health care system in a country with lower medical prices than in the US can help lighten the impact on the wallet.

Ultimately, this amounts to a kind of welfare arbitrage: US Americans collect social security, but move to a developing country where every greenback goes a lot further, and health care is much, much cheaper.