Mario Draghi Accelerates Quantitative Easing on His Way Out the Door 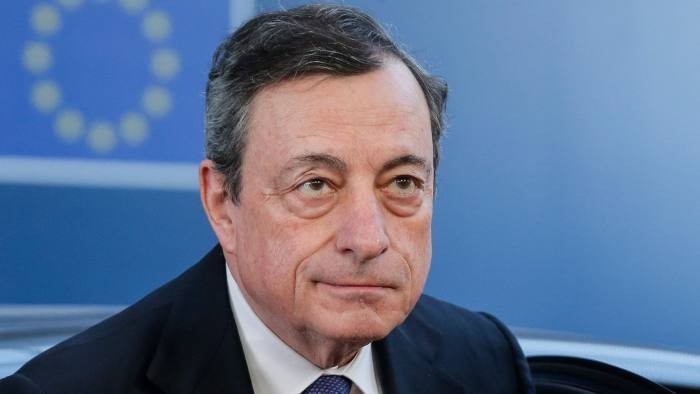 Let the good times roll. Well, at least for a little bit longer.

Mario Draghi, whose term as President of the European Central Bank comes to an end on October 31st, made one final, desperate move to secure his legacy as he exits the seat of power he has held since 2011.

In a bold announcement, Mr. Draghi took to the airwaves, indicating that the European Central Bank would slash deposit rates to minus 0.5% from minus 0.4%.

At the same time, Mr. Draghi stated that he is renewing the ECB’s bond repurchase program, indicating that the ECB would buy an additional $22 billion USD of bonds per month, starting on November 1st.

What is even more insane is the fact that he stated that the ECB would be pursuing this repurchase program indefinitely, until their inflation goals are met—goals that can easily be adjusted at a later date.

Clearly, Mr. Draghi is once again entering into the currency wars fray wholeheartedly.

This is all par for the course for Mr. Draghi, as he has been a strong proponent of Quantitative Easing throughout the course of his term as President of the European Central Bank, printing his way out of crisis after crisis, including the near collapse of Greece years ago.

Some see this move as a way for Mr. Draghi to protect his legacy and end on a strong note that will last for years to come, as many fear a recession looms just over the horizon that could tarnish all of the “hard” work he has done to keep the European Union economy artificially inflated during his tenure.

While announcing this next tidal wave of Quantitative Easing, Draghi revealed that these decisions were not even put to vote, stating the following:

These statements were soon revealed to be a farce. Many key players within the ECB stepped forward, indicating their displeasure with President Draghi’s latest moves.

Bloomberg reports on the “revolt” within the ECB:

“The unprecedented revolt took place during a fractious meeting where Bank of France Governor Francois Villeroy de Galhau joined more traditional hawks, including his Dutch colleague Klaas Knot and Bundesbank President Jens Weidmann in pressing against an immediate resumption of bond purchases, the people said. They spoke on condition of anonymity, because such discussions are confidential.”

These three dissenters alone represent almost half of the euro region’s economic output and population. However, it was revealed that even more were displeased, including colleagues from Austria and Estonia.

This exit move by Mr. Draghi is going to create a massive headache for his replacement, Christine Lagarde, who will take over his position come this November. It places her in an awkward position from the moment she takes office.

Will she appease the dissenters and curtail these moves? Will she risk angering the markets? Unlikely.

Seeing this for the move in the currency wars that it is, President Trump, who has been pressuring the Federal Reserves to act quicker and lower rates in a similar fashion, took to Twitter, targeting the Fed once again:

“European Central Bank, acting quickly, Cuts Rates 10 Basis Points. They are trying, and succeeding, in depreciating the Euro against the VERY strong Dollar, hurting U.S. exports…. And the Fed sits, and sits, and sits. They get paid to borrow money, while we are paying interest!”

Of course, the ECB denies that it is attempting to manipulate anything. It says it is only trying to stave off the growing possibility of a recession, the odds of which grow with each passing day.

The currency wars continue, the manipulation continues, and the printing presses keep on printing.

Ultimately, this is good for gold, silver, and precious metals as a whole, but bad for the health of the economy in the long run.