How to Make Millions In the Next Market Crash 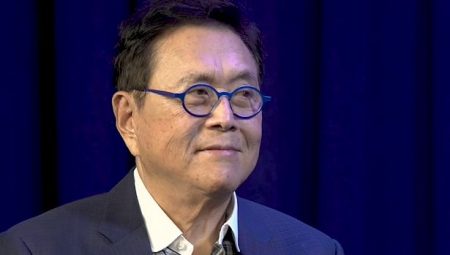 It’s estimated that there are over 50 million pensioners–in the United States alone. Like the United States, the United Kingdom, Japan, Italy, Germany and many other countries around the world are all in big trouble when it comes to the solvency of their pension funds.

Who Stole My Pension? was written to give them guidance, resources, and tools so they can take action… and stop the looting. We are in the early stages of the greatest retirement crisis in the history of our nation and, indeed, the entire world. According to the World Health Organization, nearly two billion people around the world are expected to be over age 60 by 2050, a figure that’s more than triple what it was in 2000.

For better or for worse, never before have there been more elderly people living on planet Earth. One thing is. certain: Doing nothing–sitting back, confident your pension check is “in the mail”–is not an option. That’s a risk you can’t afford to take.

Robert Toru Kiyosaki is an American businessman and author. Kiyosaki is the founder of Rich Global LLC and the Rich Dad Company, a private financial education company that provides personal finance and business education to people through books and videos.