Yield Inversions As a Harbinger of Recessions and Higher Gold Prices 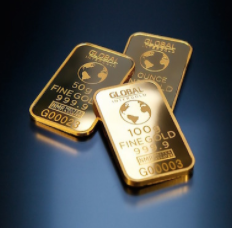 Yield inversions as a harbinger of recessions and higher gold prices

During the course of the past several months, we have heard much about the inverted yield curve in three-month and ten-year Treasuries as a harbinger of recessions. Missed in the press reports is the fact that it has also been a harbinger of higher gold prices.

In the chart above, please note the upward surges in the price of gold following the three most recent yield inversions in 1989, 2000 and 2006.  Those price rallies, it is now well understood, came in response to aggressive central bank stimulus intended to beat back the ill effects of the recessions that followed in 1990, 2001 and 2008.

In recent months, as shown in the chart, the yield differential between the ten-year and three-month Treasury yield has again pinched to zero. After briefly recovering at the end of the year, it dropped to the zero line again a few weeks ago.

Note, as well, the sudden rise in the price of gold from the time the inversion first made its appearance in May of last year – a more than 20% increase.

Are the markets hooked on Fed stimulus?

Fed Chairman Jerome Powell’s forceful statement that the Fed is “determined” to avoid a disinflationary outcome in the United States is a clear indication of the central bank’s intentions. The question hanging over the markets is whether or not the central bank’s policies will deliver the intended result.

At the same time, it seems the Fed is not only reluctant to back down from the dovish course of action already in place, but it could also be intent in upping the ante by providing the necessary “liquidity” as long as credit markets need it – no matter how the policy is labeled.

“In essence,” says analyst Jim Bianco in a Bloomberg opinion piece, “the Fed has become the lender of first resort when it should be the lender of last resort and offer repo at a penalty rate.

The Fed should be willing to help a dealer in need, but it should come at a price.” Some of the more skeptical on Wall Street are asking “what happens when QE4 is turned off?” The better question might be “what happens if it is not?“

Why financial advisers should line their portfolios with gold

More and more, it is becoming a mainstay in the financial business that the wise investor and/or financial advisor embrace gold as a means to capital preservation in a rapidly changing and increasingly dangerous investment climate.

In Cazenove Capital’s case, it is emphasizing gold as a hedge against geopolitical turbulence. “Speaking at a Schroders breakfast briefing yesterday (January 22),” reports Financial Times, “Janet Mui, global economist at Cazenove Capital, said she thought investing in gold was the best way for advisers and fund managers to hedge the risks in their portfolios. She said: ‘Gold has the feature of portfolio hedging and diversification. Gold should be in your portfolio.’”