Where Did Your Money Go? 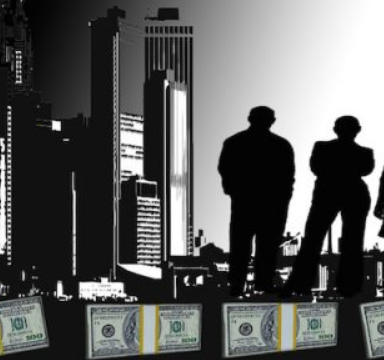 It all seems so systematic, arranged, and orderly.  Almost a direct proof of deism.  Sixty seconds make a minute, 60 minutes make an hour, 24 hours make a day, and one day equals one complete rotation of the planet earth.

So far so good, right?

But here’s where the nice and neat order of it all breaks down.  Because if you try to measure one of earth’s orbits of the sun in days it’s not so divinely tidy.  For it takes 365 days plus an inconvenient 6 hours to fully complete the cycle.

But we don’t let these inconvenient 6 hours hamper our perfection.  We’re humans, after all.  We innovate, invent, and make the world in our image.  So when the numbers don’t jive, we do what must be done.  We fudge them.

We create an off balance account.  We concoct modern monetary theory.  We contrive negative interest rate policy.  And we invent leap year.

Tomorrow [Saturday] is the day the books must be reckoned.  Peering into our off balance account we find 24 accrued hours that must be tallied up and written off.

Consequently, we must have a day of reckoning for the disorder of the last four years.  We must resynchronize the calendar year with the astronomical year.  Moreover, we must reground our measuring system with its baseline – its reference point.

Without this resynchronization, what’s a year really measuring?

“A Technology, Called a Printing Press”

So goes the dollar – or any paper money – when it’s not backed by gold or some other commodity that can’t be created at will.  For without a stable base to hold its supply in check, what’s a dollar anyway?

It’s abstract, indefinite, and arbitrary.  It can be created out of thin air at the whims of the Federal Reserve.  A pocket full of dollars one day and you can buy the things you want and need.  On the next day these same dollars can revert to their intrinsic value – at par with bird cage liner.

“The dollar is our currency, but it’s your problem.”

Unlike gold, which has no debt obligation or counterparty risk, dollars can expire worthless when their promissory obligation is defaulted on.  Alternatively, they can be inflated to nothing when a desperate Fed cranks up the printing press, and begins helicopter dropping suitcases of money over major urban centers.

by MN Gordon for Economic Prism