The US Dollar Beast 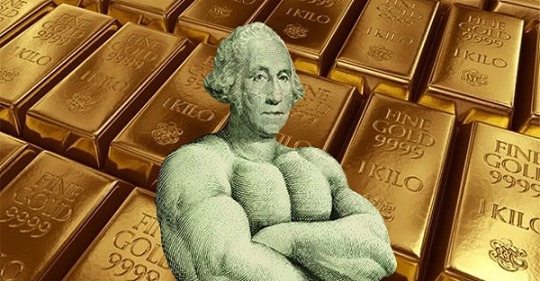 John Maynard Keynes (1883–1946) explains very well how to predict the winner of a beauty contest successfully. You must, he noted, think along the following lines: “(…) each competitor has to pick, not those faces which he himself finds prettiest, but those which he thinks likeliest to catch the fancy of the other competitors (…). It is not a case of choosing those which, to the best of use of one’s judgment, are really the prettiest, nor even those which average opinion genuinely thinks the prettiest.

This is a perspective that those may wish to take into consideration who think the US dollar is about to collapse, would be the ugliest of all currencies. Latest data from the Bank of International Settlement (BIS) speaks a rather different language. In its 2019 Triennial Survey,2 the BIS informs us that daily trading in foreign exchange markets had reached 6.6 trillion US dollar per day in April 2019 – compared to 5.1 trillion US dollar three years earlier – and that the US dollar remained the single-most important currency in the FX markets, being on one side of 88% of all the trades. For comparison: the euro was on one side of 32% of all trades, the Japanese yen of 17%, and the Chinese renminbi of just 4.3%.

And if anything, the importance of the US dollar in foreign exchange markets has gone up in recent years, not down. So why is the US dollar so increasingly popular? Well, the Greenback is the currency of the world’s largest economy and unsurpassed military superpower – the United States of America. US financial markets are by far the largest, most transparent, and most liquid in the world. Like it or not: the US dollar is the preferred currency for conducting international trade and financial transactions. Among its paper money peers, there is not one candidate in sight who might challenge the US dollar’s status.

By no means less important is the fact that the US dollar serves as the ‘underlying’ of many other paper currencies: the US dollar typically represents the biggest chunk of ‘assets’ which central banks around the world keep for backing their own currencies – in most cases, foreign central banks hold US dollar-denominated US government bonds, short-term debt papers, and bank deposits. In other words: Monetary authorities around the world keep standing with the US dollar. Their currencies’ fate is tightly and inextricably linked to the Greenback.

Should something terrible happen to the US currency, it is quite likely that many other currencies would get hit even harder. This is because financial markets, especially the international banking business, have become “dollarized”: banks around the world have a structural demand for US dollar as a funding source; they depend on the availability of US dollar, they need access to US dollar loan markets. As the financial and economic crisis in 2008/2009 has made all too clear, tensions in the US dollar credit markets had hit foreign banks at least as hard, or even harder, than US banks.

What a privilege for the US! America issues a currency which is accepted and is in high demand around the world. In this way the Americans can borrow easily from the savings of the rest of the world: They can consume and invest well beyond their own resources. Or, to take a different perspective: people around the world are more than happy to send their savings to the US rather than invest them in their home countries. This is undoubtedly one of the reasons why the US ‘enjoys’ a negative trade balance – meaning that the US imports more goods and services than it exports; in other words: capital imports into the US exceed capital exports out of the US.

This situation is unlikely to change anytime soon. The monetary system of the world is, no doubt about that, in pretty bad shape. After many decades of relentless credit expansion under the central bank regime, most economies suffer from over-indebtedness. As a result, central banks have started to bring down market interest rates, trying to fend off a crisis that could bring down the credit pyramid. To do so, they engage in debasing the currencies – for the policy of propping up the unbacked paper money goes hand in hand with expanding the quantity of money. And as the money stock rises, the prices of goods and services increase, and the purchasing power of money declines.3

Should the US embark upon a policy of heavily debasing the US dollar – as a reaction to, say, an economic or credit crisis –, it is likely that other currency areas would be inflated even stronger. It is realistic to assume that the world’s economy and international monetary system have become more than ever dependent on the US dollar – as suggested by, for instance, the BIS’ latest data. An increasingly inflationary US dollar monetary policy would most likely be imitated by other central banks – as they are provided with a superb chance to debase their currencies to reduce the real value of outstanding debt in their countries while blaming the US for the unpleasant surge in price inflation.

To be sure: people around the globe are demanding US dollar not because they consider it the best currency they could think of. For them, it is the best currency they are allowed to choose from. New ideas such as, for instance, Facebook’s Libra, even if it should gain traction among a great many people around the globe, do not suggest that the US dollar’s super-status will be replaced: for the Libra is supposed to effectively represent nothing more than a basket of unbacked paper currencies, among them the US dollar. Of course, one could think of an emerging cryptocurrency posing a challenge to the current dominance of unbacked paper currencies including the Greenback.

However, any such change would take time, and, perhaps even more important, it would require a profound change in people’s minds. In fact, to dethrone the US dollar, people would have to determinedly call for a truly free market in money, that is calling for an end of governments’ money production monopolies altogether. In the absence of such a movement, the odds are that the world’s dependence on the Greenback will not decline but presumably grow even further in the years to come. No doubt, the US dollar has become a huge and terrifying beast – a beast, however, that for its holder may eventually turn out to be of lesser evil when compared to the other unbacked paper currency beasts around the world.

This appears to be a reasonably good judgment if we follow Keynes’ recommended technique for anticipating the winner of a beauty contest. To be sure: the US dollar won’t be a reliable currency either, its purchasing power will undoubtedly be debased by the Fed’s monetary policy. If you are looking for reliable money, there is pretty much only one candidate – and that is gold. Ludwig von Mises put this insight succinctly: “The gold standard is certainly not a perfect or ideal standard. There is no such thing as perfection in human things. But nobody is in a position to tell us how something more satisfactory could be put in place of the gold standard.”4 The truth of this timeless wisdom deserves to be repeated again and again.