The Destruction Of Civilization: Implications Of Extreme Monetary Interventions 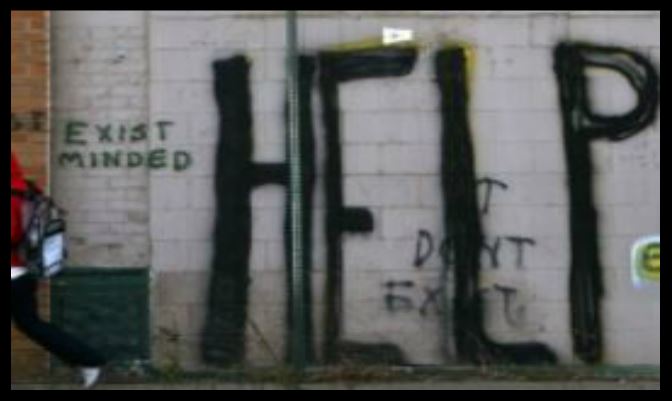 When I was asked to write an article about the impact of negative interest rates and negative yielding bonds, I thought this is a chance to look at the topic from a broader perspective. There have been lots of articles speculating about the possible implications and focusing on their impact in the short run, but it’s not very often that an analysis looks a bit further into the future, trying to connect money and its effect on society itself.

Let us begin with a basic question, that lies at the heart of this issue: Who profits from a loan that is guaranteed to pay back less than the amount borrowed? Obviously, it is the borrower and not the lender, which in our case is the government and those closely connected to it. Negative rates and negative yielding bonds, by definition favor the debtors and punish the savers. In addition, these policies are an affront to basic economic principles and to common sense too. They contradict all logical ideas about how money works and they have no basis and no precedent in any organic economic system. Thus, now, in addition to the hidden tax that is inflation, we also have another mechanism that redistributes wealth from the average citizen to those at the top of the pyramid.

Thus, this very concept of a central authority being able to bend and twist the rules, even when the result is illogical, has implications that extend way beyond daily economic activities. In fact, it ultimately divides society into two classes: those who profit from this arbitrary and unilateral re-writing of the rules, and those who are forced to pay the price, even though they never agreed to it; in fact, they weren’t even asked.

A system of collective corruption

Of course, we can also look at it from the collective perspective of the so-called “Social Contract” of Rousseau, and argue that this system of overt (taxation) and convert (monetary policy) redistribution is therefore legitimate, or even benign. You might still believe that the state will take care of you in the future, and thus you are willing to sacrifice a part of your wealth and savings today to make sure that happens. In that case, it is useful to remember that the current central banking system is not that old. It’s only been around for about 100 years or two long-term debt cycles combined. The first cycle ended when President Nixon officially tried to demonetarize gold in 1971, empowering a centralized system whereby a few decide who receives the currency first and at what interest rate, allowing them to create bubbles in certain asset classes, protect different key industries and to use it to finance wars and enrich politicians and those close to them.

So far, total credit on a global scale stands around $240 trillion. It’s hard to conceive of such number, but if you consider that 1 trillion seconds are equal to 31’709 years, you might begin to wrap your head around just how leveraged the system has become. We should never forget that debt is always consumption brought forward. That being said, debts need to be paid back or forgiven – there is no other outcome. In addition, the amount of debt that a system can take on is limited and when a credit-based system can’t grow any further, the logical outcome is the collapse of the whole system. As Ludwig von Mises described this a long time ago: “There is no means of avoiding the final collapse of a boom brought about by credit expansion. The alternative is only whether the crisis should come sooner as the result of a voluntary abandonment of further credit expansion, or later as a final and total catastrophe of the currency system involved”.

This is the reason why central banks started trying to avoid this systemic collapse by taking interest rates below zero and allowing the big players to take on debt for free and to reduce at the same time their debt burden. This, of course, is something that we already witnessed extensively during the past decade and it is just a matter of time until more central banks, including the Federal Reserve, use the same fraudulent tactic to let some air out of the balloon and to deleverage the debtor at the cost of the saver. However, it is very questionable if this can be successfully managed, especially since demographics have been a problem for decades in the West and therefore growth becomes a problem too. Governments enforced a mass-immigration policy to fight against this aging population trend, yet its execution has been disastrous; instead of rejuvenating nations and spurring productivity, it ended up crushing the national welfare systems.

It is thus clear that the current path that governments and central bankers have selected is utterly unsustainable and their attempts at short-term “patches” have little hope of stopping the inevitable implosion, that has already been decades in the making. Pretending otherwise is as futile as it is naive. As Ayn Rand would have it: “We can ignore reality, but we cannot ignore the consequences of ignoring reality.”

Negative interest rates are a great example of these short-term patches, only in this case, they are not just useless as a cure for our economic ills, but they actually do more harm than good.

The outcome of this policy is that time becomes worthless. As one’s hard-earned money, set aside for a rainy day or for their children’s education, instead of appreciating, as logic would dictate, instead diminishes day by day, it does not make sense any longer to produce and to save. The basic motivation for each individual to get up in the morning and to work hard to achieve a higher living standard is removed and time, therefore, turns into a dimension without any value. If people can’t save any longer, by government decree, then there is no other way than to consume. And with all traditionally safe investment options gone, they are only left with the option of speculating in rigged financial markets, and the massive risk that comes with it, especially now, when we’re nearing the end of a long-term debt cycle.

The individual is thus turned more and more into a state-dependent, as the basis for a free life is the ability to increase financial independence and have savings on the side that keep you self-reliant. The fundament of a successful system requires individuals that live a decent life, knowing that they must first produce before they can consume.

“Civilization requires accumulation and production; de-civilization happens when too many people in a society borrow, spend, and consume more than they produce.” – Jeff Deist, President of the Mises Institute in Auburn (AL)

The masses are trained and forced to consume and spend money they don’t have to buy things they don’t need. Our monetary system in combination with this kind of public policy is therefore the cause for mass-overconsumption, the destruction of wealth, capital consumption and the destruction and exploitation of nature.

People significantly add value to society if they are able to save, as this allows them to invest at a later stage, once they have accumulated as much as needed, and thereby aid others in their own efforts to succeed and to reach their financial independence. Parents can help their children and investors can help budding new companies that bring innovative ideas that benefit the economy and society as a whole. As this virtuous cycle continues, based on productivity, long-term thinking and responsible financial management, “the rising tide lift all boats”.

To the contrary, when this natural process is forcibly disrupted and reversed, the effects are deleterious and far-reaching: mass-overconsumption, the destruction of wealth and the exploitation of nature and the environment are all symptoms of this institutional and massive push towards short-term thinking and of being forced to focus just on today, at the expense of tomorrow.

Thus, what is at stake is not only the world economy, but the accelerating decline of western culture which, based on liberalism (personal freedom and private property rights) and Christianity (personal responsibility), laid the foundation of a decentralized Europe, that allowed for competition of goods and services, but especially the competition of ideas. This dangerous decline is nothing new either, as it began after WWI, when Europe turned towards a more centralized approach, with all sorts of collectivist ideas causing all kinds of schisms that we still see today in modern societies. Today, we see a rapid acceleration of this decline, as our economic system can barely remain standing and as our politics and our societies devolve even faster into tribal or more precisely into “political identity” groups, fighting each other over meaningless feuds. All the while, they are distracted from the real threat, the one that governments and central banks pose to their future and to their children’s future.

As long as people are afraid of liberty and falsely delegate their self-responsibility to a central authority, hope is dim. It’s time to think independently about whether today’s centralized system really makes sense, if it is sustainable and for how much longer. If the answers to these questions scare you, it is pointless to expect solutions to come from above. It is then time to act directly and responsibly, with a solid plan, hard physical assets privately owned and long-term strategy that does not depend on the whims and caprices of those in charge.

“It is easier for governments to control the spending of people in debt than those with savings. A person with financial resources is free, while debtors are hostage to their creditors.” – H.S.H. Prince Michael of Liechtenstein, President of the Foundation Board of the Liechtenstein think tank European Center of Austrian Economics Foundation (ECAEF)