Saxo Bank: Why It Will Get Worse 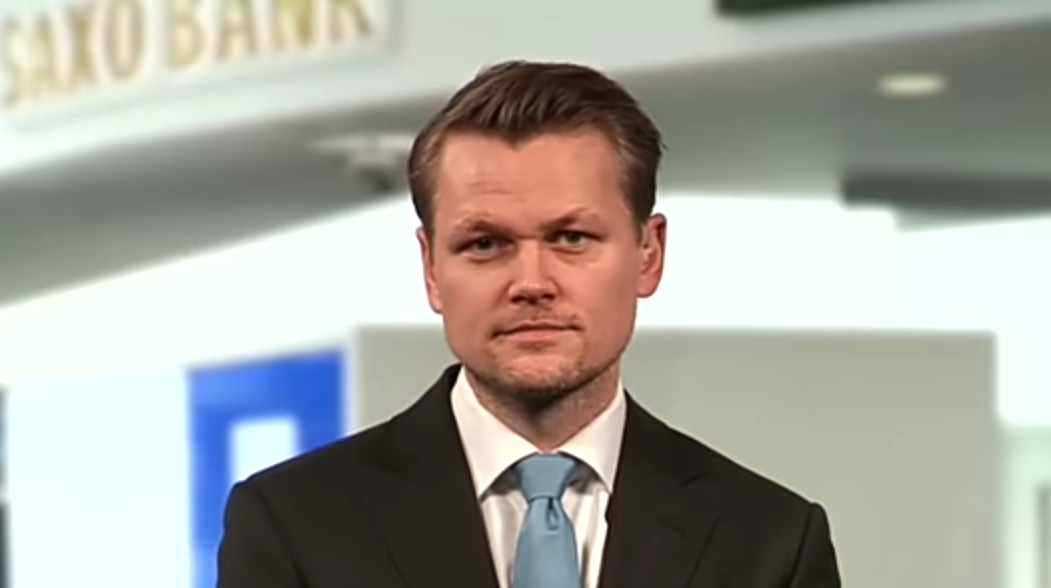 Summary: Our main view remains to underweight equities vs bonds as leading indicators on the global economy continues to weaken. The drivers of the next recession will centre on the US-China trade war which inherently cannot be modeled and thus Fed’s macro models will not flash red on aggressive rate cuts before it’s too late. The highly correlated market structure we have observed in 2019 is cause for concern if investors switch into risk-off mode during the coming months.

Our tactical asset allocation model, Stronghold, is up 11.9% year-to-date (a separate monthly update will be published) and in general all diversified portfolios have delivered strong results so far in 2019. The driver has been lower rates in tandem with higher equities driven by a valuation multiple expansion. Investors could interpret this stellar asset allocation performance with strong economic activity and a rosy outlook, but that would be a stretch. The global economy is still flirting with a recession and the US-China trade war could get worse. Making things worse the correlated markets this year means risk management will become a difficult task over the coming quarters.

Global equities in local currency were down 2% in August as the US-China trade war escalated reminding investors that we might be a long way from a resolution to the biggest geopolitical confrontation since the fall of the Berlin wall. In August global government bonds rose 2.9% in local currency playing into our Q3 Outlook theme that investors should be underweight equities relative to bonds. This outlook remains our view. But how underweight equities should investors be?

The observed correlations in financial markets, geopolitical risk trajectory and policy dynamics do no warrant a very low equity allocation. As an example, our Stronghold model has currently 45% allocation to equities which is underweight relative to the standard 60-40 portfolio but not by much. We remain defensive/underweight equities but constructive. Within equities still prefer equity factors such as quality, momentum and minimum volatility. However, these factors are getting crowded, so we are worried about a potential future “equity factor crash”.

Leading indicators are still pointing down

OECD’s leading indicators are still below trend and slowing, and according to analyses the time series has hit levels with high historical tendency to forecast a recession. We remain of the view that the next recession will be driven by the US-China trade war and in general dynamics around the Chinese economy which was dealing with an economic slowdown coupled with high debt leverage accumulated since the Great Financial Crisis.

Central to our recession call is that these dynamics cannot be accurately modelled by the Fed and thus monetary policy will stay behind the curve for too long. The Fed’s macro models will first identify macro weakness warranting aggressive rate cuts when the dynamics behind the change have already set in motion a slowdown to forceful to mitigate. And many commentators of financial markets are pointing at strong employment figures as not sign of recession. First, employment is an extremely lagging indicator and secondly employment figures were strong well into the recession in 2008. Companies are always the last to acknowledge the recession has arrived.

One of the indicators we are looking at in combination with the OECD’s leading indicators is South Korea exports to China. As the chart shows, the annual change remains very weak and at levels not seen since the 2015 slowdown and the 2008 recession. In nominal terms South Korea’s export to China remains at the same average level since 2011. This should of course not be interpreted as a stagnant Chinese economy for seven years but more likely that China has moved up the technological ladder and is less dependent on South Korea when it comes to cars, semiconductors, technology hardware etc.

Another important aspect that most investors forget is that the business cycle transition matrix is very sticky meaning that as soon as the leading indicators on the business cycle enters the recession phase (below trend and declining) then its stays in this state with an 87% probability. In other words, the state transition to the upswing phase has a low probability and most likely need an external policy decision as the catalyst for the transition.

What is becoming increasingly clear is that the US and China has entrenched positions, and no one is willing to cave in. Both nations have put themselves into a corner where they can almost only lose face domestically for striking a deal. The path from here will be rocky and it looks like increasingly that the two countries will decouple to a large degree.

The US president has lately urged US companies to move production from China citing the International Emergency Economic Powers Act (IEEPA) which was passed in 1977. But regardless of whether the US president makes an executive order or not, US companies are already in motion in terms of reconfiguring their supply chain to other countries. The change will be painful and costly, but in any case, it’s a good idea to diversify one’s supply chain. Too many companies in the West have been too concentrated in China, but they did it because the country offered a compelling infrastructure and low-cost base for increasing their competitiveness.

Over the weekend a new round of US tariffs worth $112bn went into effects on consumer goods such as shoes, nappies and food. This comes on top of new tariffs from China and Trump administration has more tariffs in the pipeline with the intention to go into effect in mid-December. Also, China will celebrate on October 1, 2019 the 70th anniversary of the founding of the People’s Republic of China which means that Xi Jinping will most likely not soften any stance against the US as this is an important milestone for China.