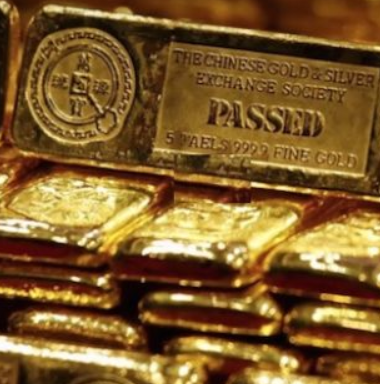 Gold and silver markets are advancing strongly this week.

Perhaps they got a bit of a safe-haven boost from the fear generated by Wednesday’s Democrat presidential debate. Mike Bloomberg’s shaky performance made Bernie Sanders and his brand of socialism the de facto winner.

The rising threat of socialism as the dominant ideology of a major political party puts the stock market on shakier ground.

With Joe Biden sinking, Mayor Bloomberg was supposed to be the moderate who could stop Bernie’s socialist insurgence. But he was humiliated by Elizabeth Warren, who went on the warpath against the billionaire while trying to out-flank Bernie on the left with identity group grievance mongering.

Democrats’ hostility to wealth creators and their enthusiasm for higher taxes and massive new redistribution programs has Wall Street concerned. Investors aren’t yet panicking, though – perhaps because they believe a socialist can’t win a general election.

But economic risks and monetary risks loom regardless of who wins in November. The Federal Reserve’s furious efforts to keep the expansion going will likely fail at some point. But our monetary planners are currently defining “success” as achieving higher rates of price inflation in the economy. So, by their own definition, success suggests that hard asset prices will rise.

Well, gold closed Thursday at a fresh multi-year high. As of this Friday recording, it’s on the move again and gold prices currently trade at $1,643 an ounce and are up 3.6% for the week.

Silver, meanwhile, is putting together a weekly gain of 4.1% to bring spot prices to $18.54 per ounce. The white metal has broken out of a near-term consolidation to reach multi-week highs. Prices closed Thursday just a few cents shy of a new high mark for the year. As of this Friday recording it currently sits above that mark and a strong weekly close above $18.50 should clear the way for an upside push toward the $20 level.

Turning to platinum, it’s up 1.1% for the week to trade at $980. And palladium is spiking to new records again – packing on more than $250 and another 10.4% this week. Prices for the chronically under-supplied metal now come in at a whopping $2,703 an ounce.

But everything else pales in comparison to what has been happening in rhodium. Rhodium prices have risen nearly 20-fold over the last three years, with prices holding in the $11,000 to $12,000 range in recent days. Money Metals Exchange has been hearing from a fair number of those fortunate investors who picked up some rhodium bars over the years, and almost all of these folks are now selling rhodium and locking in some truly phenomenal gains.

All in all, interest in precious metals is on the rise – albeit still mostly under of the radar of Wall Street.

Interest in digital alternative currencies also continues to percolate. Although Bitcoin and other cryptocurrencies remain priced well below their December 2017 peaks, it’s clear that they aren’t going away.

Rather than fight them, some large corporations and even central banks are looking to co-opt them. Facebook is attempting to roll out a virtual currency called libra. But it is facing pushback from European Union regulators and many members of the U.S. Congress.

During testimony to Congress last week Federal Reserve Chairman Jerome Powell said that every major central bank is “taking a deep look” at cryptocurrencies – including the possibility of issuing their own. Powell has denied that the Fed is planning to launch a digital dollar that would trade outside the banking system.

However, China’s central bank is actively pursuing the concept. China has invested heavily in cryptocurrency infrastructure and has reportedly filed 84 patents in pursuit of a new electronic currency payments system.

Concerns about the legal and tax status of privately traded crypto coins represent a major impediment to more widespread adoption and use. As of now, it’s difficult to spend cryptocurrencies in ordinary real-world transactions. Security risks and the proliferation of cryptocurrency scams are also scaring some people away from buying into them.

This week, a California man pleaded guilty to bilking nearly $150 million out of thousands of people worldwide through a digital currency scheme.

The scheme centered around a phony digital currency called GemCoin. It was pitched as being backed by precious gemstones. But the so-called GemCoins were ultimately backed by nothing but fraudulent promises.

Some digital coins out there claim to be backed by gold or silver. Some of these coin issuers mean well and actually have the metal in vaults. But these types of vehicles should still be regarded as very risky.

No digital or exchange-traded metals product can serve as a true proxy for owning physical bullion. Gold and silver coins, bars, and rounds you can actually hold in your hand carry no counter-party risk and no risk of being stolen through cyber-attacks.

by Mike Gleason for Money Metals