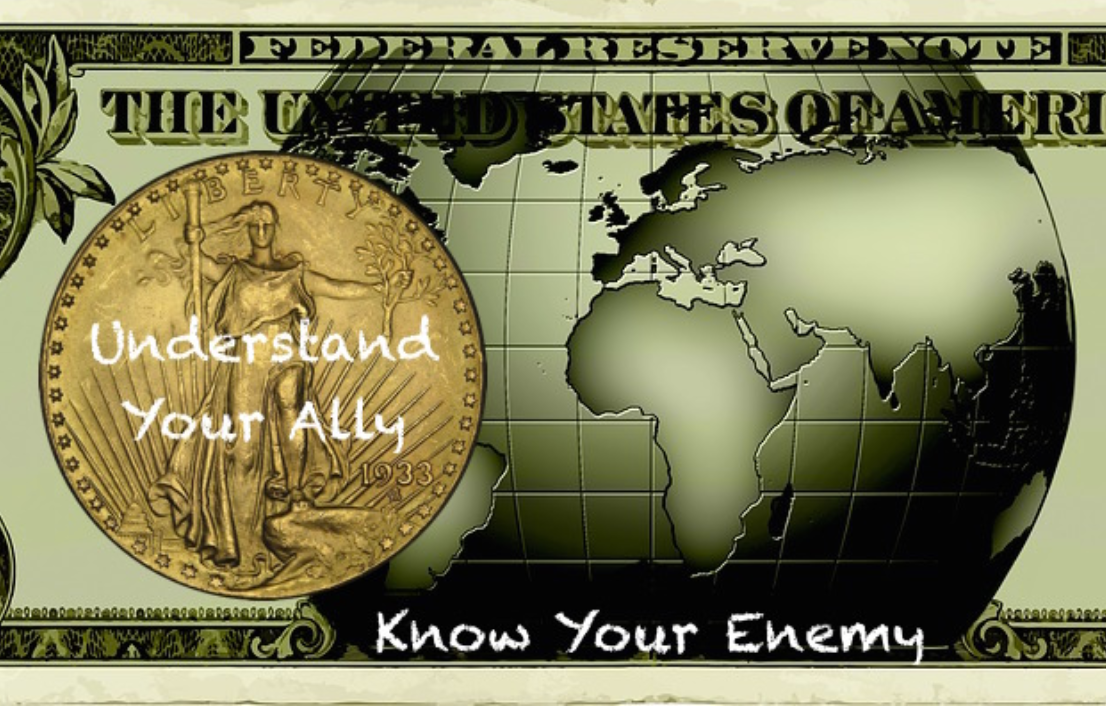 I’m growing more confident that we’re on the cusp of a big move higher in the precious metals sector because of the Fed’s massive money printing. Also, because the money printing and near zero interest rates are visibly not stimulating economic growth, we’re at the point at which unless the Fed continues increasing the amount of money it puts into the system, the melt-up in the stock market is completely unsustainable.

This is very similar to late 1999/early 2000 when Alan Greenspan tried to reverse his Fed’s massive money printing operation ahead of that notorious boogieman, the Y2k Bug. Not only did the tech stocks collapse then, but also the precious metals sector transitioned from the end of a 19 year bear market into the current secular bull market.

From what I’m hearing – and something that’s been referenced by Alasdair Macleod and Egon von Greyerz – a shortage of physically deliverable gold is developing in London. The action this past week fits the information. Given the size of the derivative short position (futures, LBMA forwards, leased gold, OTC derivatives, hypothecated gold) in London and New York, if obligated counterparties begin to default on delivery demands, the precious metals sector could become explosive next year.

The paper gold open interest continues to hit new all-time highs almost on a daily basis. The current open interest is 765.5k contracts. That’s 76 million ozs of paper gold. The quantity is a little less than double the average open interest on the Comex over the last 10 years.  The amount of open interest has nearly doubled since the end of 2018,  with record o/i levels almost every day since October 29th.

Never in the recent history (last 20 years) has the Comex  sustained this many open interest hit  record highs without being followed by a significant price take-down.  Hidden factors seem to preventing this as evidenced by the inability of the Comex banks to implement a run-of-the-mill open interest liquidation price attack operation. These used to be good for over $100 of downside in a short period.

The Comex gold vaults reportedly hold 8.6 million ozs of gold. That figure has remained fairly constant with perhaps 10% variability up or down for at least the last 10 years. If just 10% of the open interest  stands for delivery in any given month, there would be a short squeeze of Biblical proportions in the price of gold.

Notwithstanding that, the soaring open interest in paper gold in relation to the amount of underlying physical gold on the Comex is evidence of the degree of effort required for the banks to at least regulate the rate at which the gold price is rising.

Circling back to rumors of a growing shortage of physical gold in London – see this analysis for instance:  GATA – it’s interesting to note that every attempt to push down the price of gold when the LBMA and Comex trading floors are open is quickly repudiated.

But there are other signs.  I don’t monitor the LBMA a.m./p.m. fix on a daily basis, but I’m apprised of it when there’s unusual activity.  It required 19 iterations for Friday’s p.m. price fix operation to balance out heavy bidding with enough offerings.  The price of gold rose  from the start to the finish.  I have never observed even close to this many iterations needed to establish a price-fix in either the a.m. or p.m. sessions.   Some entity wanted to buy a lot physical gold on Friday afternoon and it took time and effort to find enough offerings to fill the bids.

Of course, smart money has been quietly accumulating large positions in the speculative micro-cap junior exploration stocks for the last three years via private placements or direct investments in many of these companies.  As well, there’s been a rise in gold and silver mining company M&A.

Just like in the early 2000’s, October 2008 and December 2015, we will wake up one day to the start of  a long streak of incessant daily gold and silver price moves higher in the overnight market. Those who are not positioned ahead of this will find themselves running for the train as the doors close and it pulls out of the station.

Part of the above commentary is an excerpt from the latest issue the Mining Stock Journal. You can learn more about this newsletters, which focuses on speculative junior exploration stocks as well as find in value in producing miners, here:   Mining Stock Journal info