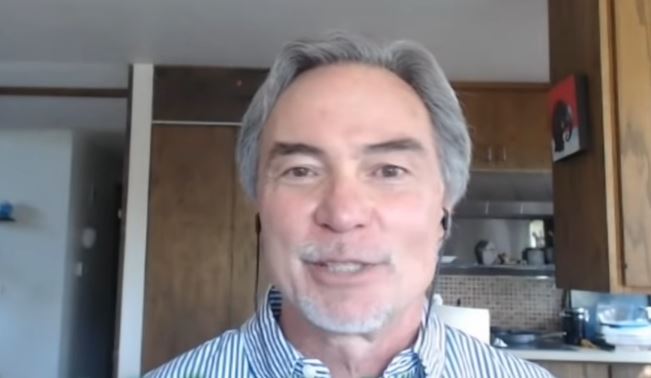 It’s been obvious for a while that the next phase of global monetary madness would be both spectacular and very different from the previous phase. The question was whether the difference would be in degree or kind.

Let’s start with “yield curve control,” in which central banks, instead of just pushing down interest rates, intervene to maintain the relationship between short and long-term rates.

“I have been interested in exploring approaches that expand the space for targeting interest rates in a more continuous fashion as an extension of our conventional policy space and in a way that reinforces forward guidance on the policy rate. In particular, there may be advantages to an approach that caps interest rates on Treasury securities at the short-to-medium range of the maturity spectrum — yield curve caps — in tandem with forward guidance that conditions liftoff from the [effective lower bound] on employment and inflation outcomes.

To be specific, once the policy rate declines to the ELB, this approach would smoothly move to capping interest rates on the short-to-medium segment of the yield curve. The yield curve ceilings would transmit additional accommodation through the longer rates that are relevant for households and businesses in a manner that is more continuous than quantitative asset purchases.”

She sounds a bit like Alan Greenspan back in his peak obscurity days, so here’s a quick translation:

In the next recession, the Fed will promise to keep short rates at or below zero for a long time and also promise to hold longer-term rates a pre-set distance from short rates, thus freezing the slope of the yield curve in place.

As with so much of New Age monetary policy, this sounds like a fairly benign technical tweak – until you remember that interest rates, as the price of credit, actually have a crucial role in the functioning of a capitalist economy. The movements of long and short rates, both in absolute terms and in relationship to each other, tell businesses whether, where and how to allocate capital. Freeze the yield curve in place and the signal goes dark. Investors are left flying blind, with two results:

1) A lot less investment takes place because wise (that is to say risk-averse) capitalists recognize that they have no idea what they’re doing and choose to hoard their cash and refrain from borrowing more.

2) The deals that do get done feature a bigger percentage of mistakes — “malinvestment” in economist-speak — which means the aggregate resulting cash flow is lower and the number of high-profile failures larger, resulting in a society that’s both less rich and more unstable.

Since this will be happening in a world where capital has already been misallocated on a vast scale (think share repurchases and shale oil), increasing the outstanding amount of bad paper just takes us that much closer to the point of systemic failure.

Click here for the DollarCollapse.com Welcome To The Third World series.

Massive ADDITIONAL fiscal deficits
Meanwhile, countries with the most extreme monetary policy – defined as negative interest rates across the yield curve – are finding that beyond a certain point negative rates cause more problems than they solve. So their central banks are calling for “fiscal stimulus” – i.e., bigger deficits. In Japan:

The spending would be earmarked in a supplementary budget for this fiscal year to next March and an annual budget for the coming fiscal year from April. Both budgets will be compiled later this month, the sources told Reuters, declining to be identified because the package has not been finalised.

The package would come to around 13 trillion yen ($120 billion), but that would rise to 25 trillion yen ($230 billion) when private-sector and other spending are included.

Japan’s economic growth slumped to its weakest in a year in the third quarter as soft global demand and the Sino-U.S. trade war hit exports, stoking fears of a recession. Some analysts also worry that a sales tax hike to 10% in October could cool private consumption which has helped cushion weak exports.

Such spending could strain Japan’s coffers – the industrial world’s heaviest public debt burden, which tops more than twice the size of its $5 trillion economy.

Two takeaways here: First, pushing interest rates into negative territory and not getting an epic debt-driven boom screams “end of the interest rate road.” If paying people to borrow doesn’t induce them to do so, then paying them more probably won’t generate much new action.

Second, running massive deficits and then raising sales taxes to offset the stimulus is the kind of policy mix that’s too stupid to bother discussing.

Desperate acts by clueless people
It was a surprise that QE and NIRP “worked” by staving off collapse for the past decade. It will be absolutely shocking if the coming, even more extreme experiments do the same. So expect the above and a lot more when things get really crazy, including central bank equity purchases, capital controls, wealth taxes, and maybe even price controls. Everything will be on the table and none of it will work.

by John Rubino of Dollar Collapse