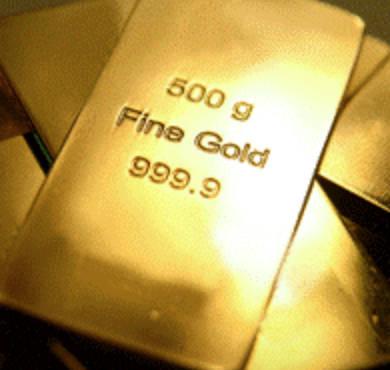 Holdings of gold by global exchange-traded funds are at a record high as investors sought safety from recent weakness in equities and worries about the coronavirus hurting the global economy, analysts said.

A number of analysts have also cited the global macroeconomic backdrop as favorable for the yellow metal, with expectations for looser monetary policy in several nations, perhaps even the U.S.

Most gold ETFs trade like a stock but track the price of the commodity, with gold put into storage to back the shares. This gives investors access to the price of gold without having to take on costs such as storage and assaying.

Suki Cooper, precious-metals analyst with Standard Chartered, put the overall holdings in global ETF holdings at a record 3,016 metric tons. The inflow so far in February exceeds all of January, she pointed out.

“Given the recent price action, it is likely that those gross positions continued to rise,” Cooper said in an interview with Kitco News. “We’ve seen most of the increase in gold exposure being in expressed through futures positions or ETF holdings. Retail demand has continued to lag.”

CPM Group’s data put the global ETF holdings at a record high of 89.9 million ounces as of Tuesday night, said Rohit Savant, director of research with the consultancy. The old record of 89.6 million ounces occurred in December 2012, he said.

The Dow Jones Industrial Average fell by 1,000 points Monday on worries about the spread of the coronavirus to other nations. Gold prices, meanwhile, raced to a seven-year high. Gold since corrected lower by roughly $50 from Monday’s peak despite another significant fall in stocks on Tuesday. But so far, that hasn’t slowed the ETF buying, Savant said.

“ETF investors have been buying into the price decline that we saw over the past two days, adding around 383,000 ounces in total between the 24th and 25th,” Savant said. “I think that these investors will use the current softness in prices as a buying opportunity until we have an all-clear regarding the coronavirus.”

Commerzbank, citing data for the ETFs tracked by Bloomberg, pointed out that ETF holdings have now risen for a record 25 business days in a row. Further, the 10.7-metric-ton increase on Tuesday was the second-highest inflow so far this year, the bank said.

As a general rule, gold ETF buyers tend to be a mixture of retail and institutional investors, Cooper said. This demand tends to be “quite sticky holdings,” she said, meaning the majority of buyers take positions for the longer term.

However, while global ETF holdings are at a record high, Cooper noted that those for North American ETFs are still around 200 tons shy of their peak.

“Over the last three years, we’ve seen a lot of disinvestment across North American holdings and an increase in exposure across Europe,” Cooper said. “The ETF inflows for the month to date in February have been slightly skewed toward North America. But there is still room for further upside on a regional basis. North American holdings can still grow, if we’re looking at the past highs, which were set at the end of 2012.”