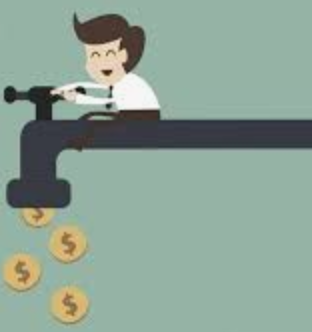 We have been telling you it is all about credit for years … you will soon see the real world reasons why. It is clear the real global economy was already seriously slowing down in Q4 prior to the coronavirus outbreak. Now, China who has been the supplier to the world and the great hope to be the engine of growth to pull the world forward, is all but frozen up.

Within a very short period of time, we will begin to see more and more real world examples of products not being produced which affects downstream ability to get final products to market. The latest example of this is the Audi electric vehicle plant “pausing” https://www.businessinsider.com/audi-pauses-e-tron-suv-production-due-to-battery-shortage-2020-2 production because they cannot procure batteries. Just watch how many other various products cannot and will not be produced in the coming weeks … and remember, businesses have both accounts receivable and accounts payable, not to mention boatloads of DEBT!

As for the coronavirus, all one must do is take a look at the travel and leisure industry. Airlines, resorts, etc., not to mention restaurants and other ancillary businesses have already reported severe drops in traffic, some as much as 30-40%. All of these have both accounts receivable, accounts payable, and debt. Can the industry survive with lower traffic flow? Can the industry survive if even one part of the chain breaks?

Please understand the entire global financial AND real economic systems only function as long as cash flows function. Lack of parts or product means no final sale which means the entire supply chain chokes because the final product is not monetized. This is where accounts payable and receivable come in. How does a business pay another business if they are not being paid? Or how do they pay their bank debt with less or no cash flow? This episode already looks like a chain breaker in not one but several links!

As a reminder, since 2008 (which occurred in the first place because of debt saturation), more and more debt has been piled on the system in an effort to move it forward, the term is “reflate”. The giant Ponzi only worked because interest rates were zeroed out to alleviate debt service. ($17 trillion actually traded at negative rates). Interest rates are now at the lowest level in man’s 5,000 year history. Interest rates are supposed to compensate for risk, how do negative rates compensate for the weakest debt to anything ratios in human history? Complete lunacy is an understatement.

What I am telling you is this, we have a massive credit event directly in front of us because cash flows in and from the real economy are rapidly becoming impaired. Virtually everyone on the planet either owes money or is owed money. Virtually all products delivered as final goods use credit from inception to final delivery. Credit is in the process of breaking down like a domino chain with multiple blocks being tipped in different directions. The result will be, none left standing…

Have you wondered why gold has been very firm since last September? We have tried for years to explain to the public that gold will perform just as well, if not better in deflation as in inflation. Gold (and in particular miners) were the best performers from 1929-1939. The lead up to that period, the greatest buildup of debt ever seen fueled the bubble. The bubble burst and the credit event ensued. Gold (and the miners) performed better than anything else because the world was liquidating credit in an effort to distance from liability. Gold (and silver) were the only currencies WITHOUT LIABILITY! Fear capital fleeing liability, naturally flowed to the only monies without liability, pure asset monies gold and silver. We are about to see a replay, only many magnitudes greater because the debt is magnitudes greater!

Gold sniffed out the cash flow slowdown in September and understood what the repo market was saying, https://www.zerohedge.com/markets/after-breaking-repo-market-jpmorgan-wants-start-using-feds-discount-window-again now it smells further cash flow difficulties. Interesting JP Morgan wants to access the discount window at this moment in time. They say they are acting as benefactor to the banking industry by erasing the “stigma” of direct Fed borrowings. I would ask, benefactor or beggar? Do you really believe they do not need these borrowings?

When you add the fact that gold is massively levered with paper derivatives to the short side, “rocket fuel” is an understatement! In chicken or the egg fashion, I wonder whether a credit implosion leads to failure to deliver or whether an exploded gold price and failure to deliver leads to the credit implosion? It matters not because the result will be the same as the event now looks to be carved in stone. When the smoke clears, the public will understand they were hoodwinked into using and saving in a fraud as everything financial will be worth nothing. The books must be balanced, and THE only thing on the asset side of the ledger with the ability to do so is gold … “Purity” will replace bond ratings in what comes!

To finish, the big miss is that ALL fiat currencies are debt or credit based. When the credit markets become impaired, so will the currency markets. Anyone sitting in cash for “safety” reasons will be sorely disappointed because they reside in the very same frying pan of credit of wild speculators. The coming deflationary credit event will end in a hyperinflationary debacle of busted fiats. Broken credit markets will engulf everyone and everything in the arena. Exiting the credit arena is your only option!

by Bill Holter for Miles Franklin