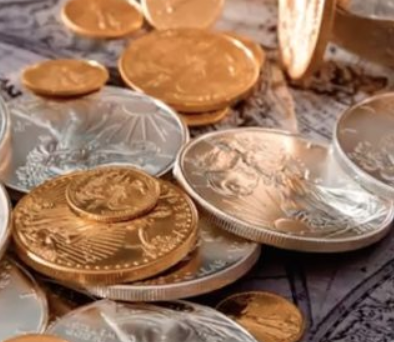 A bill introduced in the Wyoming House would establish a precious metals bullion depository in the state. It would not only create a safe place to store precious metals; it could also facilitate the everyday use of gold and silver in financial transactions in Wyoming and set the stage to undermine the Federal Reserve’s monopoly on money.

A coalition of nine Republicans introduced HB198 on Feb. 11. The legislation would create the Wyoming Bullion Depository.

“The depository is established to serve as the repository for and to safeguard and administer bullion and specie that may be transferred to or otherwise acquired by the state or an agency, political subdivision or another instrumentality of the state.”

The use of the Wyoming depository would not be limited to state agencies. Individuals, businesses, charities and banks could also store precious metals in the facility.

The existence of an in-state bullion depository could facilitate establishing gold reserves in Wyoming and create an avenue toward financial independence for the state. Over the last several years, central banks around the world have been buying gold to limit their dependence on the US dollar. In 2018, central banks purchased just over 650 tons. According to the WGC, that was the highest level of annual net central bank gold purchases since the suspension of dollar convertibility into gold in 1971, and the second-highest annual total on record. Totals in 2019 approached the same level and the gold-buying spree is expected to continue into 2020.

“This is another in a long line of ways to make Texas more self-reliant and less tethered to the federal government. The financial impact is small but the political impact is telling, Many conservatives are interested in returning to the gold standard and circumvent the Federal reserve in whatever small way they can.”

Significantly, the proposed Wyoming depository would feature a process to transfer gold or silver in depositor’s account to other account holders, individuals or businesses by check or electronic means. In practice, private individuals and entities would be able to purchase goods and services, using assets in the vault the same way they use cash today. It would essentially set the stage to establish a specie and bullion-based bank introducing currency competition with Federal Reserve notes.

In 2018, Wyoming set the foundation for using gold and silver in everyday transactions when it enacted a law that defines gold and silver specie as legal tender and eliminated all taxes levied on it.