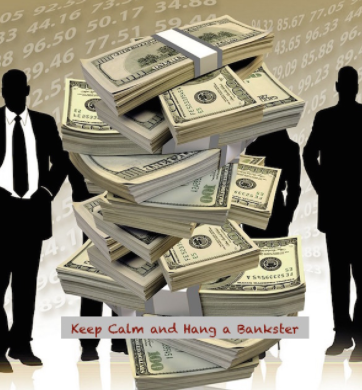 The American two-party system has always been an electoral front to conceal the reality of how big money buys U.S. politics. Now with media tycoon Mike Bloomberg entering the presidential race, U.S. “democracy” can be seen for what it is: it’s all about big money duking it out. Political parties are now manifestly irrelevant.

With an estimated personal wealth of $60 billion, Bloomberg is reckoned to be one of the richest men in the U.S. He is vying for the presidency in November’s elections against White House incumbent Donald Trump – a billionaire real estate magnate before he was elected in 2016.

Trump’s earlier promises to be a “man of the people” are a cruel joke. He’s done nothing to drain the swamp of corruption in U.S. establishment politics. With his pardonning of white collar criminals this week, one can say Trump is refilling the swamp. But what else to expect from a billionaire oligarch whose White House tenure is just another crony dimension of his family business?

It would be rather fitting if Bloomberg ends up getting the nomination as the Democratic Party candidate to run against Trump, the Republican candidate. Then it would be merely two billionaires going head-to-head, and in that way cutting out the bothersome window-dressing of political parties seemingly competing. It was always big money from oligarchs and corporations that poured into the American two-party system to determine the winner. So why bother pretending there is a party competition and all that jazz, when we can just have the fat cats with the money standing in the ballot?

U.S. democracy is moribund. Arguably it has been that atrophied way for a long time. It’s rather devolved more into a dystopian contest between super-rich individuals who try to win votes by outspending each other. American politics has truly descended into a dark dungeon akin to Gotham City of Batman movies. Only there is no mysterious superhero to save the masses held captive by the oligarchs. It’s only a matter of time when the formal casting of votes will eventually be deemed superfluous in the exercise of power over the people.

This week saw Bloomberg being given a platform on the TV debates between Democratic candidates. He qualified for that nationwide spotlight because several public opinion polls have, it seems, registered growing support among voters, thereby meeting the supposed criteria of the Democratic National Committee (DNC).

But that poll support for Bloomberg comes after he has spent – so far and counting – $400 million on TV, radio and digital advertisements promoting his campaign. That’s a flood compared to a trickle from other candidates.

That has led to the other Democratic candidates accusing him of “trying to buy the election”. Well, that may be true. But there again wasn’t it always the case that oligarchs bought the U.S. election? Maybe what the professional politicians are irked about is that they sense they are out of a job as being lackeys for the money-men.

A recent profile by the New York Times, headlined ‘Bloomberg’s billions: How the candidate built an empire of influence’, surveyed how the billionaire has spent years cultivating patronage and policy within the Democratic Party.

According to the NY Times: “In all, Bloomberg has spent at least $10 billion on his charitable and political pursuits… And it is not simply goodwill that Bloomberg has built. His political and philanthropic spending has also secured the allegiance or cooperation of powerful institutions and leaders within the Democratic Party who might take issue with parts of his record, were they not so reliant on his largesse.”

In a nutshell, the political party is bought. It has become a vehicle that is patently the political property of an oligarch. And not just this one oligarch, but the entire oligarchic system of super-wealth in the United States. Hillary Clinton, the Democrat candidate in 2016, was despised by voters because of her solicitous connections to Wall Street and Big Business. That corruption has now only become starkly manifest in the form an oligarch-in-person taking the political stage instead of a politician-surrogate. The same can be said for the other side of the oligarch coin, the Republicans.

It is rather fitting too that Bloomberg stood as a Republican when he was elected Mayor of Gotham (er, New York City) between 2001-2013. Since leaving that office be flipped to the Democrats, no doubt sensing a more expedient route for buying his way to the White House. That again demonstrates how hollow the party names are of any substantive meaning regarding policy.

In the 2018 mid-term elections, Bloomberg donated $100 million to the DNC to promote 16 new female lawmakers to Congress. Enamored by that superficial progressive benevolence, the party bosses are in his pocket.

Sanders, an avowed socialist candidate whose growing popular appeal stems from his criticism of American oligarchic wealth and politics, said: “I got news for Mr Bloomberg, and that is the American people are sick and tired of billionaires buying elections.”

That may well be true. But, unfortunately, Sanders and the American people will struggle to exercise their democratic freedom to vote for the next president. That’s because the Democratic Party leadership are hostages to Bloomberg’s fortune; and the antipathy of oligarch-bought news media towards any move towards a genuinely socialist democracy, will stack the deck in favor of Bloomberg. Or Trump.

The only “superhero” that can save Gotham (er, the U.S.) from the oligarchs is the American people themselves finding the strength and independence to rise up against the endemic two-party corruption, and voting for real change.

That, however, requires mass organization, mobilization and a class consciousness about the predatory capitalist, oligarch-ridden system that the U.S. has descended into.

by Finian Cunningham for Strategic-Culture