Will the Drive to Devalue the Dollar Lead to a Plaza Accord 2.0? 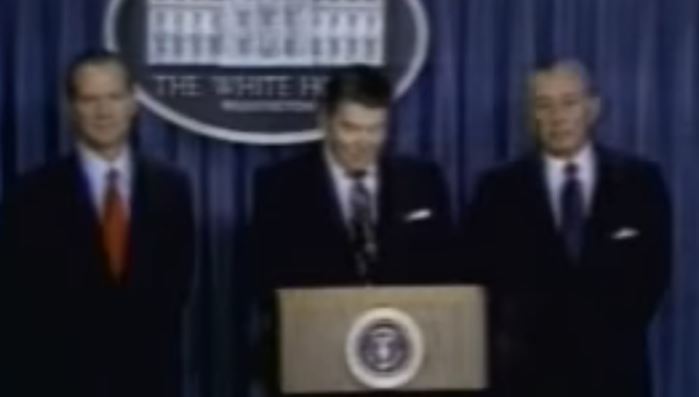 The Lead-Up to the Plaza Accord

To understand the Plaza Accord, one has to look back to August 15, 1971. On this day Richard Nixon closed the gold window. This step de facto ended the Bretton Woods system, which had been created in 1944 in the New Hampshire town of the same name and was formally terminated in 1973. The era of gold-backed currency was well and truly over; the era of flexible exchange rates had begun. Without a gold anchor, the exchange rate of every currency pair was supposed to be driven exclusively by supply and demand. National central banks — and indirectly governments as well — were at liberty to make their own decisions, free of the tight restrictions imposed by a gold standard, but they had to bear the costs of their decisions in the form of the devaluation or appreciation of their currencies. While a gold-backed currency aims to impose discipline on nations, a system of flexible exchange rates enables national idiosyncrasies to be preserved, with the exchange rate serving as a balancing mechanism.

However, unlike any other currency system, the system of free-floating currencies invites governments and central banks to manipulate exchange rates practically at will. Without reciprocal agreements, which can provide planning security to export-oriented companies in particular, the danger of international chaos is very high, as the system of flexible exchange rates lacks an external anchor.

In order to prevent this chaos, a repetition of the traumatic devaluation spiral of the 1930s, and the resulting disintegration of the global economy, IMF member nations agreed in 1976 at a meeting in Kingston, Jamaica, that “the exchange rate should be economically justified. Countries should avoid manipulating exchange rates in order to avoid the need to regulate the balance of payments or gain an unfair competitive advantage.”1 And in this multilateral spirit — albeit under an US initiative that was strongly tinged by self-interest — an agreement was struck nine years later that has entered the economic history books as the Plaza Accord.

Macroeconomic Excesses in the 1980s?

In the first half of the 1980s the US dollar appreciated significantly against the most important currencies. In five years the dollar rose by around 150% against the French franc, almost 100% against the Deutschmark, and intermittently 34.2% against the yen (from the January 1981 low).

The significant appreciation of the US dollar was of course reflected in the US Dollar Index, which consists of the currencies of the most important US trading partners, weighted according to their share of trade with the US. The following chart, moreover, shows exchange rates in real terms — i.e., it takes price levels into account, which can vary substantially in some cases.

From an interim low of 87.7 in July 1980, the index rose by about 50% to 131.6 by March 1985. Not surprisingly, the US current account balance deteriorated significantly in the first half of the 1980s as a result of this substantial dollar rally, as the following chart shows.

In 1980 and 1981 the US still posted a moderate surplus, but by 1985 this surplus had turned into a deficit of 2.9%. The trend in Germany and Japan was almost a perfect mirror image. While the two export nations had current account deficits of 1.7% and 1.0% in 1980, their current account balances turned positive in 1981 and 1982, respectively. In 1985, they already posted surpluses of 2.5% and 3.6%. Germany’s current account surplus in particular grew even further in subsequent years.

Representatives of the US, Germany, Japan, France, and Great Britain, a.k.a. the G5 countries, met in September 1985 at the Plaza Hotel in New York under the leadership of US Treasury Secretary James Baker in order to coordinate their economic policies. Their declared aim was to reduce the US current account deficit, which they planned to accomplish by weakening the overvalued US dollar. Moreover, the US urged Germany and Japan to strengthen domestic demand by expanding their budget deficits, which was supposed to give US exports a shot in the arm.

In the Plaza Accord, the five signatory nations agreed to cooperate more closely when cooperation made sense. The criterion cited for adopting a joint approach was “deviation from fundamental economic conditions.” Interventions in the foreign exchange market were to be conducted with the aim of combating current account imbalances. In the short term the target was a 10%–12% devaluation of the US dollar relative to its level of September 1985.

The immediate outcome of the agreement was as desired. One week after the Plaza Accord had been signed, the Japanese yen gained 11.8% against the US dollar, while the German mark and the French franc gained 7.8% each, and the British pound 2.8%. However, the speed of the adjustment in foreign exchange markets continued to be the same as before the Plaza agreement, as the following chart clearly shows.

However, the charts also show quite clearly that the depreciation of the US dollar had already begun several monthsbefore the official agreement was concluded in the heart of Manhattan. The Dollar Index had reached its peak in March of 1985, i.e., half a year before the Plaza Accord.

Some people propose the creation of a new version of the Plaza Accord, i.e., a multilateral agreement that includes, inter alia, coordinated intervention in foreign exchange markets. The proponents of a Plaza Accord 2.0 point to the appreciation of the US dollar by almost 40% (particularly in the years 2011–2016), and to the large differences between the current account balances of the leading developed countries. However, such an agreement would represent a new turning point in international currency policy. After all, in 2013 the G8 agreed to refrain from foreign exchange interventions — in a kind of Anti-Plaza Accord.2

The following chart illustrates the significant appreciation of the US dollar in recent years.

And just as was the case thirty years ago, the US has a significant and persistent current account deficit, while Germany, Japan — and these days also China — have significant surpluses. Germany’s surplus, which intermittently reached almost 9%, is particularly striking.

Long before Donald Trump weighed in on the issue, the US Treasury — which is in charge of the US dollar’s external value — repeatedly stressed that the dollar was too strong, especially compared to the renminbi. Time and again the US accused China, Japan, and the eurozone of keeping their currencies at artificially low levels in order to support their export industries.3 The fact that Donald Trump used the term manipulation in a tweet came as a bit of a surprise, as the US has not used this term officially since 1994.4

In any case, such a significant adjustment in exchange rates would have to be implemented gradually; the risk of creating further distortions would be too great. An abrupt adjustment of rates might result in, for example, a significant increase in the pace of US inflation and/or a collapse of the export sectors of countries whose currencies would appreciate.

But as exchange rates — at least in the medium to long term — are mainly determined by fundamentals, exchange rates can change substantially only if underlying macroeconomic conditions (real interest rate differentials, trade and current account balances, the investment climate, and budget balances) change. Regardless of how powerful a government or how watertight an international agreement is, those who enter an agreement cannot get past this fact. As Eugen von Böhm-Bawerk has stated explicitly: “The most imposing dictate of power can never effect anything in contradiction to the economic laws of value, price, and distribution; it must always be in conformity with these; it cannot invalidate them; it can merely confirm and fulfill them.”