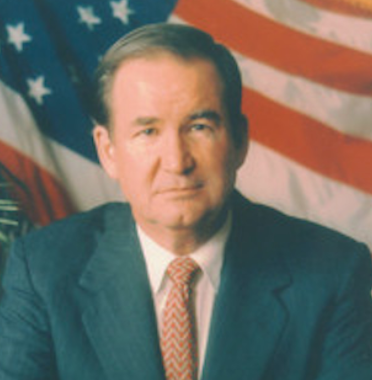 Bloomberg can probably buy enough votes to win some states. But would the other Democratic candidates, who have fought for a year, stand aside to yield the field so this ex-Republican oligarch can save their party from Sanders? Why should they? And where is the evidence that Bloomberg can beat Sanders? Or beat Trump?

Sen. Bernie Sanders may be on the cusp of both capturing the Democratic nomination and transforming his party as dramatically as President Donald Trump captured and remade the Republican Party.

After his sweep of the Nevada caucuses, following popular vote victories in Iowa and New Hampshire, Sanders has the enthusiasm and the momentum, as the crucial battles loom in South Carolina on Saturday and Super Tuesday on March 3.

The next eight days could decide it all.

And what is between now and next Tuesday that might interrupt Sanders’ triumphal march to the nomination in Milwaukee?

One possible pitfall is tonight’s debate in South Carolina.

Sanders will be taking constant fire as a socialist whose nomination could end in a rout in November, the loss of Speaker Nancy Pelosi’s House and the forfeit of any chance of recapturing the Senate.

Yet Sanders has often been attacked along these lines, to little avail.

He’s shown himself capable of defending his positions, and attacks on Sanders may simply expose his opponents’ own political desperation.

“Buchanan,” Richard Nixon once instructed me after I went to work for him in 1966, “Whenever you hear of a coalition forming up to ‘Stop X,’ be sure to put your money on X.”

A second event is the anticipated endorsement of Biden by Rep. Jim Clyburn, the most influential black politician in South Carolina, who warns that nominating a socialist like Sanders invites electoral disaster.

Yet Clyburn’s endorsement could be a mixed blessing.