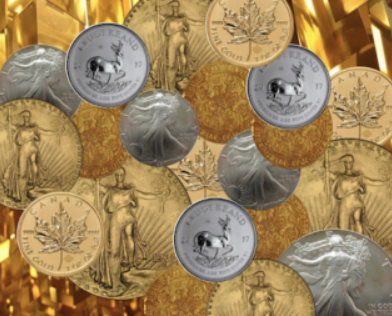 The price of gold rose $14 and the price of silver fell $0.07. The gold-silver ratio rose further with this price action.

Welcome to our new Gold and Silver Market Report, or “Market Report” for short. We are separating this from the economics essay, which was attached for many years. As they used to say in many toy commercials of yore, “batteries sold separately”—or in this case essays.

The new Market Report is going to depart from the familiar old format of four charts (gold and silver prices, gold-silver ratio, gold basis, and silver basis). We are going to look at whatever we think is interesting each week. And usually the basis.

We apologize for skipping several weeks. We can only say that we are very busy developing the business of offering a yield on gold.

If one believed in the Quantity Theory of Money, then one would think that as the Fed increased the quantity of dollars then the prices of everything would rise proportionally. Most especially gold and silver. This theory does not necessarily say that there is no such thing as systemic credit risk, but that is often believed to be the case. Those in the throes of this false theory might also be tempted to expect gold and silver to go up together (and then silver to go up more, due to the speculators having a smaller effect in the smaller silver market).

However, much to their frustration, this is not exactly the situation we observe in the markets today. In the 3 ½ years since July 2016, the price of silver has actually gone down a bit as the price of gold has gone up over $200.

Clearly, whatever explains this, it is not just the quantity of the currency with which most people measure the monetary metals (or the presumed consequence of the increase in quantity, the decrease in value).

The explanation has something to do with credit risk and the possibility of default. It does not avail you that the dollar, in general, has steady purchasing power if your dollars are wiped out.

The explanation also has something to do with too-low interest rates, which are even negative in some countries. Whatever central banks and their court-economists think to achieve by it, negative interest rates force savers to confront a question.

Why, oh why, am I holding this currency?

They could hold gold instead. In the halcyon days when there was interest to be earned on fiat currency, gold had an opportunity cost. The dollar, euro, etc. paid interest. Sure, one could quibble that the interest rate was less than inflation. But a profit is a profit (just ask any gold holder looking to unload when the price hits $1,600 or $16,000).

But now the rate is below zero. The compellingness of the argument for gold just went up by an order of magnitude.

Note in this discussion we are discussing gold. But not silver. If one thinks the economy is good, and the only concern is inflation, one can load up on silver. But if one thinks that credit risk is rampant and one is protesting negative interest rates besides, gold is the logical choice. Or at least it has been, so far.

Thus we have a gold-silver ratio of 89.

We expect that the relative screaming deal of silver at $17-something will be more attractive to some than gold at near $1,600. This, especially once it becomes a trend, will drive the gold-silver ratio back towards its long-term mean. And today is not that day.

As an aside, this is why speculation does not lead to stability much less equilibrium (e.g. why bitcoin will never have a stable price). Everyone begins with a different expectation of what the true value of something is. And they come to the market with various leads and lags. And of course many are itchy to get out before things crash. So the equilibrium of the theory is the restless waves of practice.

In the meantime, let’s look at the term structures of both markets.

In the immortal words of Sherlock Holmes, this is the dog that did not bark in the night. The thing that stands out of this featureless graph is that there are no features. It is a perfect picture of perfect contango. Basis is (nearly) monotonically rising. Cobasis is monotonically falling.

There is no sign of shortage, much less crisis or even distress. The Monetary Metals Gold Fundamental Price is about $20 over the market price.

The difference with silver is largely technical. We see the temporary backwardation of the March contract, and the contango of all farther contracts. We see a greater decline in the basis over a year out, than in gold.

And the Monetary Metals Silver Fundamental Price is about 15 cents under the market price.

by Keith Weiner for Monetary-Metals