Why unemployment will rise, recession or not? 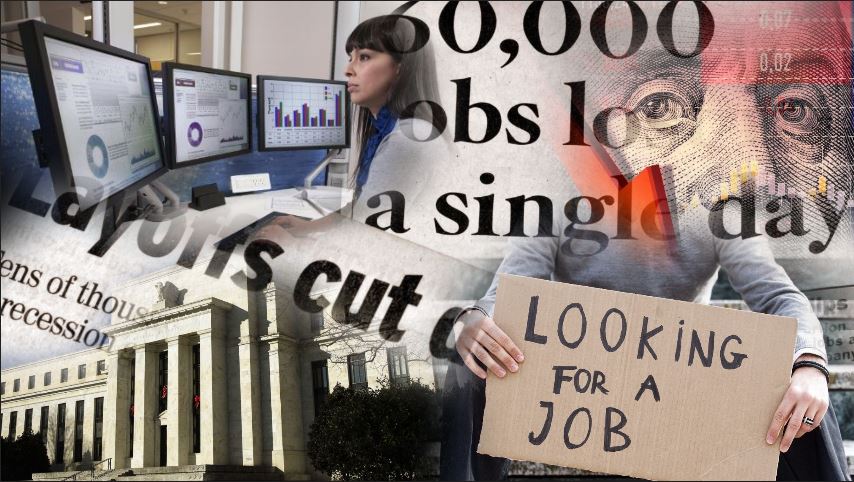 The hottest employment market in a generation is cooling. With the crypto bubble bursting, IT businesses cutting down on hiring, and consumers spending less, experts expect the record low jobless rate will rise, recession or not.

Last week, the Fed raised interest rates by 0.75 percent to moderate inflation and soften the labor market, which it regards as weighted too much in favor of workers.

Unemployment doesn’t always signify a recession, but it does suggest a changing labor market. Here are signs of transformation.

As the Fed raises interest rates at the quickest pace in 25 years, Chairman Jerome Powell warns of a dramatic spike in unemployment. Powell said there’s “no certainty” the Fed can hike rates to curb inflation without creating a recession.

“We believe we can do that. That is our aim,” he said, but added, “It’s gotten harder. The pathways have gotten narrower.”

Last week, the Fed said its heightened emphasis on managing inflation will likely increase unemployment. After expecting 3.5 percent unemployment this year and next, the Fed now forecasts 3.9 percent next year and 4.1 percent the year after. The Fed removed a projection that the job market would “remain robust”

“They are now anticipating a considerable increase in unemployment by 2024 and deleted the reference to expecting the ‘labor market to stay solid,'” Fitch Group chief economist Brian Coulton said at the time.

Powell said a 4.1% unemployment rate would be low by historical standards.

“We don’t want to throw people out of work, but you can’t have the labor market we want without price stability,” he told reporters. 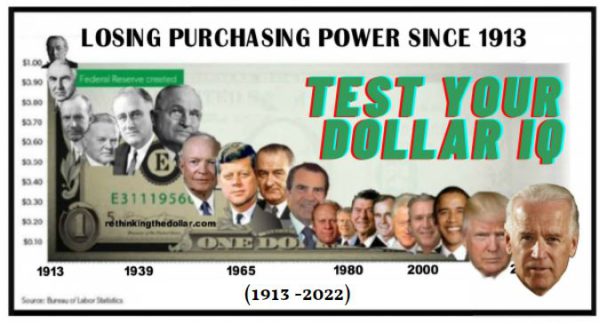 Dollar Purchasing Power! How well do you know the #Dollar? Take this ten-question #quiz to test your IQ & see where you stand. (Avg. score < 61%)

Powell: “We hadn’t seen unemployment below 4% until a few years ago; we’d seen it once in the past 50.” A 4.1% unemployment rate with inflation nearing 2% would be a triumph.

Tech is responding especially sharply. The tech-heavy Nasdaq composite has lost a third of its value this year, and cryptocurrencies have vanished.

Thousands of IT professionals have been let off in recent months, and established organizations have frozen hiring and rescinded employment offers. There have been reports of 30,000 IT layoffs in May and June. That includes Coinbase, which cut 1,100 workers last month, including Netflix, Compass, Redfin, and Sprinklr.

Tech is one of many areas susceptible to increasing interest rates, and hiring is projected to stall, said RSM’s senior economist, Joe Brusuelas. Brusuelas noted a slowdown in manufacturing, commerce, transport, goods-producing sectors, and finance.

Most U.S. employment is created by small enterprises, which are cutting hiring. The fraction of small firms planning to raise headcounts has declined from record highs in 2021, according to the National Federation of Independent Businesses.

Dave Gilbertson, UKG vice president, says workforce activity dropped in March, April, and May before turning in June. The declines are mostly due to less overtime being offered. If worker activity drops in the next months, unemployment will climb gradually, he added.

“Any substantial movement, favorable or negative, might disturb Fed plans,” he warned.

Tech and retail decline is starting to lead to layoffs heading into the summer months. Initial unemployment assistance applications have climbed since mid-March, but ongoing claims remain around a record low, indicating that those who lose jobs may find new ones.

Deutsche Bank’s analysis of jobless claims dating back to the 1960s predicts a recession in the following two months if claims climb by 10%, or 150,000.

It wouldn’t take much to alter the trend, experts suggested. In other words, the economic slowdown is starting to pick up speed and this upcoming month will be very tumultuous, to say the least.