Why the Fed Can’t Get It Right 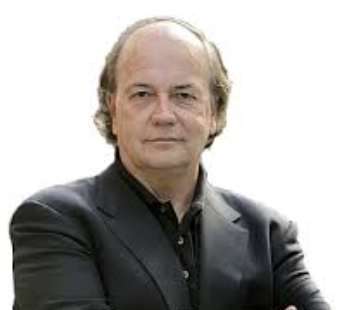 The World Health Organization declared the coronavirus a pandemic today. The virus has now spread to over 100 countries and infected well over 100,000 people.

After Monday’s 2,000-point collapse of the Dow and yesterday’s 1,100-point gain, stocks broke down again today. The Dow puked another 1,465 points on further fears.

What we’re seeing now is the very definition of volatility. The market’s in a highly unstable state right now.

These violent swings show the inadequacy of the standard models that the Fed and other mainstream analysts use.

The Fed assumes so many things about markets that are simply false, like that markets are always efficient, for example. They’re not.

Under volatile conditions like these they gap up and down — they don’t move in rational, predictable increments like the “efficient-market hypothesis” supposes.

The problem is that the Fed’s models are empirically false. Studies have proven how faulty their models are.

The Fed has the worst forecasting record in the world. It’s basically been wrong every year since 2009.

Equilibrium models like the Fed uses basically say the world runs like a clock and occasionally it gets knocked out of equilibrium. And all you have to do is tweak policy or manipulate some variable to push it back into equilibrium.

It’s like resetting a clock. That’s a shorthand way of describing what an equilibrium model is. They treat markets like they’re some kind of machine. It’s a 19th-century, mechanistic approach.

But traditional approaches that rely on static models bear little relationship to reality. Twenty-first-century markets aren’t machines and they don’t work in this clockwork fashion.

On the other hand, complexity theory explains financial panics much better than the Fed’s old-fashioned models. Complexity theory accounts for market shocks that seem to come out of nowhere, like the one we’re seeing now.

It also lends you greater insight into where markets are going next, unlike traditional models.

And I promise you, because I know firsthand, the Fed doesn’t use complexity theory. I’ve discussed it with them and they know nothing about it.

Complexity theory has had great success explaining phenomena in fields such as climatology, seismology and many other dynamic systems.

by Jim Rickards for Daily Reckoning