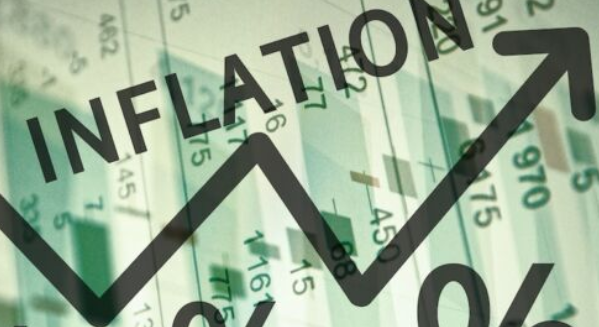 Remember all those “green shoots?”

That was the ubiquitous phrase used by White House officials and TV talking heads in 2009 to describe how the U.S. economy was coming back to life after the 2008 global financial crisis.

The problem was we did not get green shoots, we got more like brown weeds.

The economy did recover, yes, but it was the slowest recovery in U.S. history.

After the green shoots theory had been discredited, Treasury Secretary Tim Geithner promised a “recovery summer” in 2010.

That didn’t happen either.

The recovery did continue, but it took years for the stock market to return to its previous highs and even longer for unemployment to come down to levels that could be regarded as close to full employment.

Now, in the aftermath of the 2020 pandemic and market crash, we’re getting the same happy talk.

The White House is talking about “pent-up demand” as the economy reopens and consumers flock to stores and restaurants to make up for the lost spending during the March to July pandemic lockdown.

But, the data shows that the “pent-up demand” theory is just as much of a mirage as the green shoots we heard about a decade ago..

Many of the businesses that closed have failed in the meantime. They will never reopen and those lost jobs are never coming back. Even people who kept their jobs are not spending like it’s 2019, they’re saving at record levels.

Meanwhile, the “reopening” of the economy is now in doubt.

There was a pick-up in retail sales in May, but it has disappeared as fast as it arrived because of the new outbreaks and the extension of the lockdown.

If you’re trying to understand the economy, pay no attention to the stock market.

Instead, look around your own community to see how many stores are still closed, how many are never reopening, and how much sales are down among the relatively few survivors.

It’s not a pretty picture, and based on the dynamics of the virus it won’t get better anytime soon.

Do you know what’s also not getting better anytime soon?

From $1 Trillion to $5 Trillion

The annual deficit for Fiscal 2020 was originally forecast by the Congressional Budget Office at about $900 billion.

My estimate issued last year was that the 2020 deficit would be a bit over $1 trillion. But we were both wrong…

The pandemic came along the pandemic and new market panic in late winter and spring. The subsequent deficit spending and money printing broke all records.

Unlike the CBO’s estimate and my own forecast, the deficit this year will be at least $5 trillion. That means $5 trillion is the lowest number you can expect.

Meanwhile, the Fed’s money printing will more than double the size of its balance sheet from $3.8 trillion to $8 trillion or higher.

With all this money creation, does this mean that inflation is finally on the way?

The answer’s more complicated than many think. Let’s look back to the last financial crisis for some guidance…

Between 2008 and 2014, the Fed created trillions of dollars through quantitative easing (which actually seems like small potatoes compared to what we’re seeing now).

Many analysts sounded the alarm about “inflation” as the inevitable consequence of all that excessive money printing by the Fed. It seemed like a perfectly reasonable warning at the time.

But despite all the fears, nothing bad happened.

Inflation actually fell; there was no serious inflation threat. Interest rates fell. There was no “bond bubble” or rout in the bond market.

As a result, politicians and voters in both parties became complacent. It seemed that debt didn’t matter after all.

That’s why there’s so little resistance to all the monetary programs we’re seeing now.

It’s like the boy who cried wolf. Analysts cried wolf about inflation during the last crisis, but the wolf never materialized. Why should we listen to them now?

As I’ve argued before, and can’t state strongly enough because it’s that important to understand:

Inflation is not caused by money printing alone. It’s caused by the velocity, or turnover of money.

Velocity is a psychological phenomenon that has nothing to do with the Fed, (in fact, the Fed doesn’t even understand how it works).

The Fed can “print” all the money in the world. But if people don’t actually spend it but save it instead, it won’t create inflation because there’s no velocity.

And now, because of high unemployment and failing businesses, people are not spending money even when the economy reopens. They’re saving instead.

Now, savings in general is positive. And a high savings rate can be good in the long-run. But it kills consumption in the short-run.

It might make individual sense to pay down credit card debt and save money in uncertain times. But it also means little money velocity. It means that not much money is turning over.

So we’re looking at disinflation and deflation for now, despite all the money creation we’re seeing now.

But that doesn’t mean inflation is dead. Not at all. The inflation will arrive, just not yet…

Inflation will come when people lose confidence in the dollar and suddenly dump dollars for any hard assets they can find.

Money velocity will accelerate but it won’t be into consumer goods. It’ll be into hard assets that hold their value over time, gold in particular.

In other words, the best leading indicator of inflation won’t be found in the grocery store or at the gas pump.

It’ll be found in the dollar price of gold.

When gold pushes past $2,000 per ounce toward $3,000 per ounce, that’s your signal that inflation in the price of everything else is not far behind.