What Low-Flation? Household Costs Are Spiraling Out Of Control 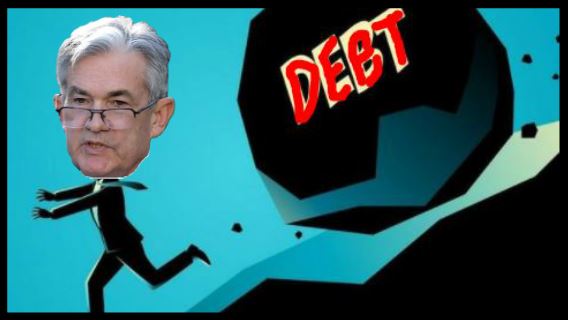 If we had to choose one “big picture” reason why the vast majority of households are losing ground, it would be: the costs of essentials are spiraling out of control. I’ve often covered the dynamics of stagnating income for the bottom 90%, and real-world inflation, i.e. a decline in purchasing power.

But neither of these dynamics fully describes the relentless upward spiral of the cost basis of our economy, that is, the cost of big-ticket essentials: housing, education and healthcare.

The costs of education are spiraling out of control, stripping households of income as an entire generation is transformed into debt-serfs by student loan debt. The soaring costs of healthcare are a core driver of higher costs in the education complex (and government in general), and to cover these higher costs, counties raise property taxes, which add additional cost burdens to households and enterprises as rents rise.

Rising rents push the cost structure of almost every enterprise and agency higher.

The increasing dominance of monopolies and cartels has eliminated competition in sector after sector. Monopolies and cartels skim immense profits even as the value, quality and quantity of their products and services decline: The U.S. Only Pretends to Have Free Markets From plane tickets to cellphone bills, monopoly power costs American consumers billions of dollars a year.

Thanks to their political influence, monopolies and cartels have legalized looting, raising prices and evading anti-trust regulations because they can pay whatever it takes in our pay-to-play political system.

Let’s look at a few charts that illustrate the relentless rise in costs:

Do you reckon these two charts are connected–soaring costs and ballooning administrative payrolls?

Student loan debt is soaring above $1.5 trillion, guaranteeing profits to lenders and debt-serfdom to the students exiting with degrees that are in over-supply, i.e. possessing little scarcity value in an over-credentialed economy:

The echo housing bubbles in many locales exceed the nosebleed valuations of the previous bubble:

And how do we pay for these spiraling out of control costs? By borrowing more, of course:

What will it take to radically reduce the cost basis of our economy? A fundamental re-ordering that breaks up all the cartels and monopolies that push prices higher even as they deliver lower quality goods and services would be a good start.