What Comes Next After Roe Is Overturned? Chaos Like We Have Never Seen Before… 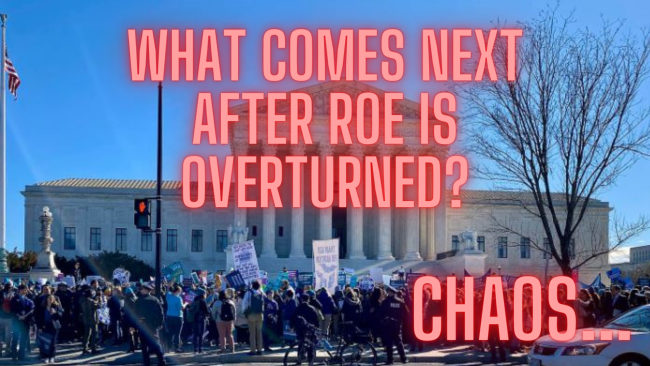 I am sitting here absolutely stunned as I write this.  According to a draft decision obtained by Politico, the U.S. Supreme Court is going to overturn Roe v. Wade.

My initial reaction was that this is the best news that we have had in decades.  We all knew that the Dobbs case had the potential to be really big, but I was skeptical that Roe would actually be overturned.  I just didn’t think that the votes were there.  But if this draft opinion is the real deal, it appears that is precisely what is about to happen.  The draft opinion was apparently written by Samuel Alito, and Politico is calling it “a full-throated, unflinching repudiation of the 1973 decision”…

The Supreme Court has voted to strike down the landmark Roe v. Wade decision, according to an initial draft majority opinion written by Justice Samuel Alito circulated inside the court and obtained by POLITICO.

The draft opinion is a full-throated, unflinching repudiation of the 1973 decision which guaranteed federal constitutional protections of abortion rights and a subsequent 1992 decision – Planned Parenthood v. Casey – that largely maintained the right. “Roe was egregiously wrong from the start,” Alito writes.

I knew that Samuel Alito and Clarence Thomas were ready to overturn Roe, but three more votes were needed.

I always felt like Amy Coney Barrett was a potential vote, but I have been very critical of Neil Gorsuch and Brett Kavanaugh in the past because I felt like they were very poor choices for the Court.

Now I am going to have to apologize to both of them because it appears that they were the deciding votes.

In the draft decision, it is noted that “there was no support in American law for a constitutional right to obtain an abortion” until the Supreme Court created one out of thin air in 1973…

The conservative justice attached to his draft a 31-page appendix listing laws passed to criminalize abortion during that period. Alito claims “an unbroken tradition of prohibiting abortion on pain of criminal punishment…from the earliest days of the common law until 1973.”

“Until the latter part of the 20th century, there was no support in American law for a constitutional right to obtain an abortion. Zero. None. No state constitutional provision had recognized such a right,” Alito adds.

Roe was dead wrong from the very beginning, and it is a great tragedy that it has taken this long for the Court to recognize what a horrible error it was.

But of course, the battle isn’t over yet. 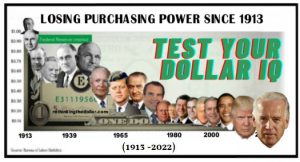 Dollar Purchasing Power! How well do you know the #Dollar? Take this ten-question #quiz to test your IQ & see where you stand. (Avg. score < 61%)

This draft decision was obviously leaked to put pressure on the justices during the period before the final ruling is formally announced.

As Politico has correctly explained, votes can be changed and draft opinions can be substantially altered up until the day that a decision is officially revealed…

Deliberations on controversial cases have in the past been fluid. Justices can and sometimes do change their votes as draft opinions circulate and major decisions can be subject to multiple drafts and vote-trading, sometimes until just days before a decision is unveiled. The court’s holding will not be final until it is published, likely in the next two months.

Normally, draft opinions are guarded very carefully so that they don’t get leaked to the public.

In fact, this is the very first time in the modern history of the Court that a draft opinion has been leaked while a case is still pending.

Needless to say, things are about to get really crazy in Washington.

Sadly, that isn’t nearly enough.  The threat of violence is very real, and I believe that a greatly extended security perimeter is needed.

But our politicians are not likely to allow that to happen, because many of them actually will want to have scenes of giant mobs of protesters in front of the Supreme Court on the nightly news for many weeks to come.

In fact, Nancy Pelosi and Chuck Schumer are already feeding the anger…

House Speaker Nancy Pelosi, D-Calif., and Senate Majority Leader Charles Schumer, D-N.Y., issued a joint statement saying “the Supreme Court is poised to inflict the greatest restriction of rights in the past fifty years – not just on women but on all Americans,” if the report is acurate.

“The Republican-appointed Justices’ reported votes to overturn Roe v. Wade would go down as an abomination, one of the worst and most damaging decisions in modern history,” they said.

We are about to see a massive explosion of emotion on the streets of Washington, and it will make headlines all over the globe.

Abortion will now become the hottest political issue in America once again, and nothing will ever be the same from this point forward.

What a lot of people don’t understand is that overturning Roe v. Wade would not actually make abortion illegal.

It would just remove the constitutional protection for abortion, and it would theoretically allow the states to make their own determinations about whether abortion should be legal or not.

And unfortunately, the truth is that the vast majority of states would not completely ban abortion.

Of course, there are many Democrats that believe that a federal law can be passed that would make Roe v. Wade the law of the land no matter what the Supreme Court decides.  For example, just check out what Bernie Sanders said after he heard about this draft decision…

‘Congress must pass legislation that codifies Roe v. Wade as the law of the land in this country NOW. And if there aren’t 60 votes in the Senate to do it, and there are not, we must end the filibuster to pass it with 50 votes,’ he tweeted on Monday night.

During the weeks ahead, we are going to witness an absolutely massive national temper tantrum.

Survey after survey has shown that approximately two-thirds of all Americans want to keep Roe v. Wade, and the fury that we are going to see from the left is going to be off the charts.

But the only hope that our nation has is to stop killing babies.  More than 60 million have died since Roe v. Wade was decided in 1973, and the death toll just keeps rising with each passing day.

We are going to get one more chance to show the world that we are willing to do the right thing, and I desperately hope that we take advantage of this opportunity.

Because if we continue down the road that we are currently on, it will only end in tragedy.

The fate of our nation hangs in the balance, and so I think that it is quite appropriate that a full-blown national debate about abortion will take place at this absolutely critical moment in our history.

If we don’t change direction now, we may never get another chance.