War Games Will Be Held in Latin America by Iran, Russia, and China 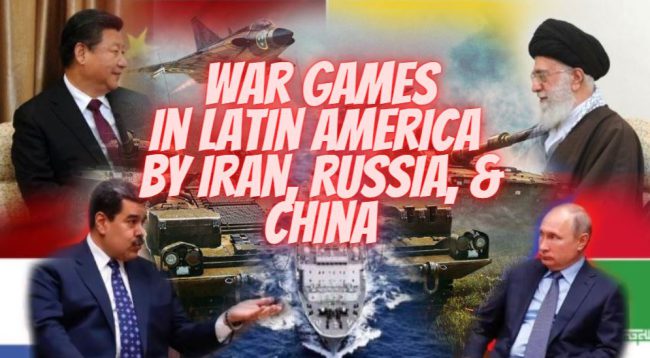 As a demonstration that their military can reach the United States, Iran, Russia, and China are preparing to conduct a series of big war games in Latin America.

The anti-U.S. socialist president of Venezuela, Nicolás Maduro, is set to host the war games in the middle of August, according to a report by the Center for a Secure Free Society, a think tank that keeps an eye on bad governments. Russia, China, and Iran will move their military forces to the Western Hemisphere along with 10 other countries to take part in war games that will “preposition forward-deployed military assets in Latin America and the Caribbean.”

The war games, called the Sniper Frontier competition, show that these bad regimes from all over the world are coming together and “getting ready to make a loud statement that the region is ready to embrace the multipolar force,” according to a think-tank report that focuses on Latin America’s support for authoritarian regimes. Even though Moscow is busy with the war in Ukraine, a big part of Russia’s military is getting ready to bring some of these military games to the Western Hemisphere for the first time.

The war drills are one of the clearest signs so far that a group of anti-U.S. governments in Latin America is trying to improve ties with Russia, China, and Iran. Maduro just got back from a diplomatic trip to the Middle East, where he signed a 20-year deal with Iran that will allow an Iranian oil tanker to dock in Venezuela and unload Tehran’s illegal crude. The think-tank report said, “The strategic deal between Iran and Venezuela is meant to mirror similar strategic agreements that the Islamic Republic signed with China and Russia in recent years.” Some of the governments in Latin America are also making military deals with Russia.

“Russia and its allies Iran and China are about to make a major show of force with the army games competition in August in Venezuela. But it’s important to understand that this force is molded by cyber-enabled, digital disinformation that is at the heart of how this kind of joint military exercise is used to legitimize authoritarian states and delegitimize democracies in the Western Hemisphere.  “Joseph Humire, an expert on national security and the think tank’s executive director, told the Washington Free Beacon about this. “We risk weakening the moral legitimacy of democracies in Latin America if we make it normal for our enemies to move their military forces in the Caribbean.” 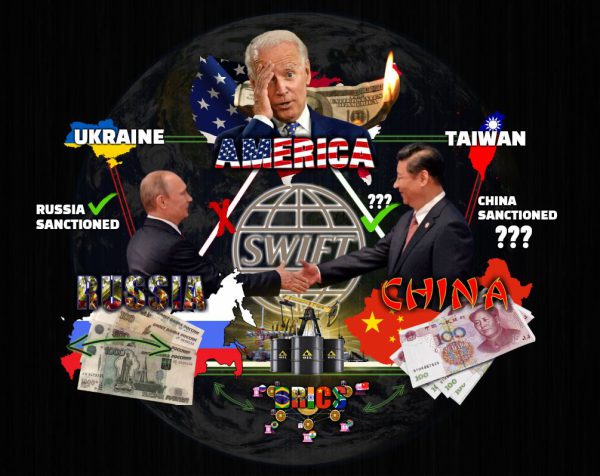 There are also signs that Iran’s paramilitary fighting force, the Islamic Revolutionary Guards Corps (IRGC), is getting stronger in Latin America.

Early in June, it was found that a Venezuelan cargo plane flying in the area, “was discovered to have members of the Qods Force, the elite unit of Iran’s revolutionary guards, on board,” according to the think-tank report. The plane was piloted by Gholamreza Ghasemi, a known weapons trafficker for the IRGC and manager of Qeshm Fars Air. Four other Iranians and 14 Venezuelans were also on board.

After the plane landed, Argentine authorities seized documents, personal items, and electronics. On one of the mobile devices, they found pictures of tanks, missiles, and other pro-IRGC items, which pointed to a larger Iranian-backed plot going on in the area.

In the past year and a half, Ghasemi is said to have made at least 13 trips from Iran to Venezuela. This raised red flags with the FBI and the Israeli government.

As military and economic ties between Iran and Venezuela grow, Nicaragua’s President Daniel Ortega, who is an ally of Venezuela’s Maduro, renewed a military pact with Russia. According to a report, this allows Russian troops, planes, and ships to patrol Nicaragua’s borders and hold joint military training exercises. The military agreement was signed while Russia was at war with Ukraine. This shows that Moscow still wants to have a presence in Latin America, even though it is under pressure on its own borders.

Russia has been spying in Latin America without being seen. An alleged Russian GRU military intelligence agent was caught trying to get an internship at the International Criminal Court. The spy had been pretending to be a Brazilian citizen for years, and he or she may not have been working alone, according to a report from a think tank.

China has also been involved in the area, but not much has been said about it in the news.

Last month, Chinese Foreign Minister Wang Yi went to Uruguay, Nicaragua, and Ecuador to sign economic deals with those countries. China’s Belt and Road Initiative, which aims to expand the reach of the Chinese Communist Party around the world, has reached Argentina, where it is helping to build infrastructure projects.

The think tank said, “As Russia attempts to delegitimize the international financial system,” the think tank noted, “China has signed an agreement with a Switzerland-based bank to establish a reserve of yuan currency together with Indonesia, Malaysia, Hong Kong, Singapore, and Chile to counter the U.S. dollar.”

Article originated from The Free Beacon