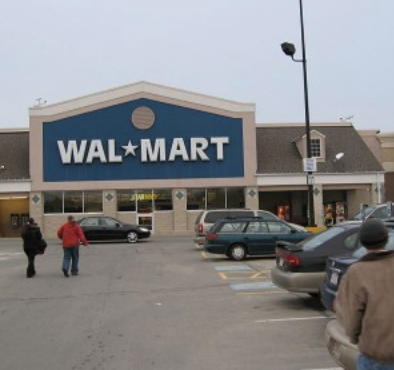 Walmart is a very North American entity, but its reputation is known worldwide. They sell everything, and now they are offering people something essential.cLast fall, Walmart declared its mission to become what they described as “America’s Neighborhood Health Destination,” by launching its very first Walmart Health Center in Dallas, Georgia.

You may be thinking, “What? Go to Walmart for health care?”

But all of the services offered are dirt cheap, especially by the standards imposed by the whole convoluted healthcare monopoly aftermath we have in the US.

For instance, people are able to receive a basic medical checkup for just $30. Many avoid getting their teeth cleaned, to prevent basic tooth decay because the dentist is expensive. However soon people will be able to get their teeth cleaned for $25 at Walmart.

As strange as it sounds, they are charging 1$ a minute for mental health consultations.

Keep in mind none of these services require insurance. This isn’t a co-pay – this is the cost of the service. If this becomes widespread, it would deliver a striking blow to the insurance monopolies.

Headlines were made recently, after former CEO of Apple from 1983 to 1993, John Sculley made a statement, declaring that we are going to experience a “consumer revolution” in the realm of retail, for “point of care.”

He currently serves as the chairman of RxAdvance, a pharmacy benefit management company.

“Why?” Sculley asked CNBC. “Because if the Walmart tests are successful, and I suspect they will be, people will be able to go in and get these kinds of health services at a lower cost than if they had health insurance.”

He continued to explain that by the simple nature of the statistics, the approximately 30 million Americans without health insurance are more likely to go to Walmart for routine medical services than a standard doctor.

“That’s going to be a drastic change,” he emphasized.

The thing is, Walmart won’t be alone in its ability to become an all-in-one retailer turned budget doctor’s office.

In a bid to fill this economic position, retailers such as Walgreens, BestBuy, and CVS are getting active. “CVS is probably the furthest along of anyone,” Sculley noted.

He pointed out that CVS currently has more than 1,300 “Minute Clinics.” They are owners of one of the largest “PBMs,” or pharmacy benefit managers, and are even in possession of their own health insurance company.

Apparently this is a truly significant “economic gap” waiting to be filled by whoever has the money and resources to invest.

So who would naturally invest in this?

Big technology companies, of course: Amazon, Apple, Google, Microsoft, even HP are all looking into the possibility of getting into this field of budget healthcare, according to the ex-Apple CEO.

They are all coming upon the realization that this constitutes the “largest remaining industry that has not been revolutionized by modern technologies that have transformed every other big industry in the United States,” he asserted.

In the interview, he explained that he believes corporate lobbying is among the reasons why the nature of healthcare has not changed much in recent times. 9He most likely plugged and pushed a few of his own interests to be fair, but a substantial amount of information was present in what he said.)

by By Cassius K for The Organic Prepper