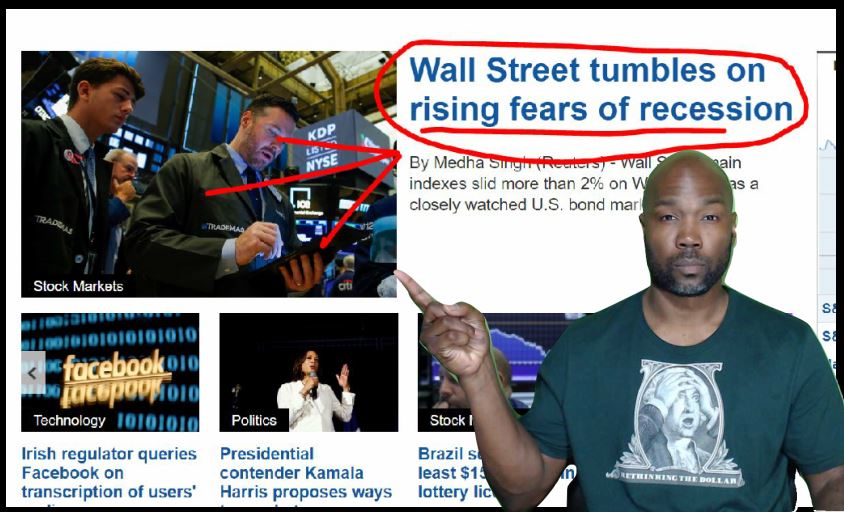 The S&P 500 index has now sunk 4.5% since President Donald Trump announced a fresh round of tariffs on Chinese imports at the start of August and is on course for its worst three-week percentage slide this year.

A brief recovery on Tuesday on signs that Washington would delay some of those moves quickly evaporated on Wednesday morning.

Yields on two-year Treasury notes rose above the 10-year yield for the first time since 2007, a metric widely viewed as a classic recession signal, spooking investors.

The interest-rate sensitive bank subsector plunged 4.3%, while the broader financial sector fell 3.5%, putting them on course for their biggest one-day percentage fall this year.

“The bond market is the one that seems to be leading, the stock market is just kind of following at this point. That tells you we are in a headline market where investors will react quickly to what the flavor of the day is,” said Joe Saluzzi, co-manager of trading at Themis Trading in Chatham, New Jersey.

“If you look at the U.S. fundamentals right now, growth is decent and earnings have been good and that supports stock market at this level.”

Adding to grim mood was data showing Germany’s economy contracted in the second quarter, while Chinese industrial output growth cooled to a more than 17-year low in July.

Eight of the 11 major S&P sectors shed more than 2%. Only the defensive utilities sector was higher, while consumer staples and real estates posted the smallest losses.

Shares of Apple Inc were down 2.7% after boosting markets a day earlier with a 4% rise. Chipmakers were also down, with the Philadelphia chip index slumping 3.4%.