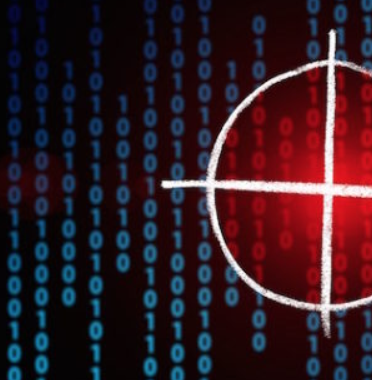 If the federal government wants to quarantine the most dangerous threat to the financial health of the United States, it will impose a lockdown and decontamination of the federally-insured banks that are holding tens of trillions of dollars in derivative trades. Yesterday, the stock market rout outed the worst of these actors.

While the Dow Jones Industrial Average fell a hefty 1,031.61 points, that was only a 3.56 percentage point loss. The S&P 500 was off by 3.35 percent. The decline in the broader averages looks tame compared to what happened to some of the biggest banks on Wall Street and their derivative counterparties.

Morgan Stanley tanked by 5.23 percent; Citigroup was off by 5.12 percent; while Bank of America closed down 4.74 percent. JPMorgan Chase and Goldman Sachs magically trimmed their losses during the trading day, closing down 2.69 percent and 2.64 percent, respectively. (Both JPMorgan

Chase and Goldman are the targets of criminal probes by the U.S. Department of Justice, making their mild declines yesterday, compared to their peers, a bit hard to swallow. Both banks own Dark Pools where they are allowed to trade their own stocks.)

Why did the Wall Street banks trade so much worse than companies that are experiencing supply chain disruptions from the coronavirus? Other market activity strongly suggests that there is a critical problem with the banks’ counterparties to their tens of trillions in derivative trades.

The most recent report from the regulator of national banks, the Office of the Comptroller of the Currency (OCC), shows that as of September 30, 2019 these five Wall Street behemoths held the following amounts of notional derivatives (face amount): JPMorgan Chase held $54.9 trillion; Goldman Sachs Group accounted for $50 trillion; Citigroup $49.4 trillion; Bank of America $39.3 trillion while Morgan Stanley sat on $36.2 trillion. Just these five bank holding companies represented 85 percent of all derivatives held by the more than 5,000 Federally-insured banks in the U.S.