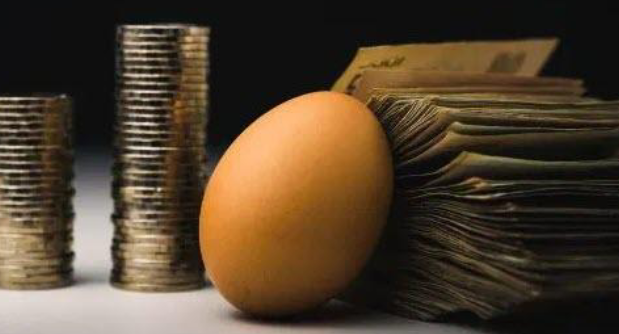 The hyperinflation in Venezuela made wages a complete joke. We’re talking about the equivalent of $3 USD per month. The inability of the government (by far the largest employer in Venezuela) to provide raises as this hyperinflation destroyed the remaining acquisitive power people once had and condemned millions of people to misery, hunger, and deprivation.

This has originated a myriad of protests and demonstrations all over the country. Entirely useless, as the country is not a democracy nor there are any high-level functionaries that are going to do something. They’re too busy trying to evade the sanctioning of other countries while looting whatever is left of the national treasure.

The few actions taken are just for propaganda, the most powerful tool of the communist world.  That’s why a highly educated population will never be subject to such a level of manipulation.

The problem is so complex, that it´s going to be impossible to explain in such limited space. I have been trained (mostly because of my line of work and my studies) to think logically and to expand my field of vision to notice some aspects that normally people without so much training don´t see. Those who know me personally know that I don´t talk too much about stuff I am not sure of.

Here’s why the collapse of Venezuela was engineered.

In this instance, I will allow myself to make an assumption because there are strong indicators that can support my theory. Our collapse was engineered. There is no simple reason to have committed suicide by condemning our main income source, the oil industry, to oblivion.

This is not a political article by any means. This is an article written by the request of one of my readers of the Prep Club Facebook group.

This being said, this collapse was generated to bring instability to the entire Latin America region as you´re already aware. The main reason, I think, was to kick Venezuela out of the oil producer countries to take over their quotas in the OPEC that were expected to be close to 3 million barrels per day, a substantial amount of money. Screwing us 30 millions of Venezuelans in the process, of course.

Small change for the billions of dollars involved. There is no reason to keep minimum wages under $3 monthly when a kilo of ground meat costs that much. It´s simply not logical. The State that once was the biggest employer is broken and looted. They are not doing other jobs but trying to keep people quiet, by coercion and food blackmail, deceiving propaganda, and whatever other means they have. This way, the looting can continue “unnoticed”.

The oil industry in my area used to provide lunch at cheap prices for employees. Our laws dictate that if the work area is over one hour away from the employee´s residence, lunch must be provided. This is no longer happening in that area, and the work schedule, as a result, was cut by half. People work until 11:00 AM because the company can´t provide lunch.

Those relying solely on a wage don´t survive. It´s this simple. Those with a parallel income source (like myself back in the day) survived and could keep getting the needed equipment to keep prepping. Those with a business non-related to essentials, like clothing/shoes, water, hygiene items and/or food, have it rough because there is not too much market nor liquidity to keep them in an economy based on survival.

Some with jobs like plumbing, building/repairing, and electrician technics, have been able to keep in business, although barely. There are some interesting exceptions, though. Some companies have been able to export what they produce, at least partially, and this is a huge oxygen injection for them because they don´t have to depend on a corrupted currency exchange system to buy dollars and pay their providers. Most of these companies pay their employees in two currencies: the national, devalued worthless Bolivar, mostly to avoid being sued by lack of payment and comply with the local laws (it´s illegal to pay workers in foreign currency) and euros or dollars.

Scammers and organized criminals are profiting.

However, there are unscrupulous patrons that pay their workers in Bolivares, even though when they export and receive dollars. These receive a huge profit, something incredibly high in margin…exploiting their workers.

There is a similar system to the food stamps, called the “Cesta tickets” (“Basket” tickets). This was created to provide means to get food without inflating the final salary and the patron can avoid paying at the end of the year the amount corresponding according to our laws, which obliges them to pay a monthly percentage of the perceived salary.

Of course, the mafias soon took advantage of this system: they bought the tickets, exchange them per cash (banknotes very hard to find in the proper amounts) at 70% of their value. This seemed to work because many food providers did not want to accept the tickets…surely they were as well part of the mafia.

I´m not by any means economist, but the destruction of the economy is so vast, that there is even more hyperinflation now…even with the dollars. An air conditioner can cost 550$ one week, and the next one 600$. That´s entirely unacceptable. This kind of speculation is deeply embedded in the psyche of the Venezuelan merchants.

Oh and not just Venezuelans. Most of the white line merchants are Lebanese, or Syrians, even Chinese. There is an interesting anecdotic data about this. I found the other day in a national wide-spread chain store like Home Depot, a nationally produced electric fan. It´s not rocket science to produce a fan, after all, isn´t it? Interestingly, I asked for that very same brand in another shop, owned by some middle-eastern family. They said that they did not have that brand, but some others that they claimed to be “better”. I ask how do they know it is better if they don´t even know the national brand.

I ended scolding them for not supporting the national production, but instead to make profits bleeding the money out of the country that received them with open arms, in detriment of their own citizens. I never bought equipment nor furniture again from anyone similar to them. I decided to buy my own tools, and start building my own furniture company…back then in 2014, when the entire system started to crumble and almost crushed me and my family.

It´s one of the goals of my life, indeed. Entire forests are disappearing in humongous factories to manufacture cheap, poorly made (by semi-slaves workers) furniture that in a few years is going to fall apart, to end in landfills all over the planet. Or we stop that now, or our grandsons will have to pay premium money (very likely to the insanely rich descendants of foreign companies who devastated the world in the first place) to be able to walk in a park and see how the forest looked like.

I grew up running in a tropical forest. I never was so happy in my entire life. I want my descendants to be able to do it, too.

Latin America is corrupted beyond repair.

For those who don´t know Latin America, this can look like an entire corrupted land. Maybe you´re right. There is an entire mountain of things we have to fix.

I am sure now, that the only way to fix is to destroy it, and then rebuild. The structure is entirely rotten and you can´t get anything good with those foundations. In order to make a decent living in Caracas, the capital city, you need 300$. That is, assuming you are the owner of your home. Most people survive with much less than that. By decent I mean well-fed, and some entertainment. This is not the case for many of them. There´s plenty of people surviving because of their relatives abroad pumping money into their accounts, just like Cubans.

Cuba has always been a parasitic society. They don´t produce, and ship overseas fake medical personnel (desperate to escape of that jail of an island) charging the governments stupid enough to accept them absurd amounts of money…money that is not enjoyed by the so-called “doctors” entirely but a small fraction. It´s a modern slavery system that the world accepted as “normal”. It´s a real shame for the rest of the world that this situation is happening in our supposedly modern world.

Coming back to Venezuela, the economy is so distorted because of the elimination of 95% of the country´s income, the oil production. The only way to reactivate it, is to reset it. A full halt, and to make mandatory the use of a foreign currency already solid and established.

I hope this is enough to provide a more complete overview of how things are in Venezuela these days and the paramount importance of prepping. I´ve mentioned in other articles how easy we had it compared to this fellow in the picture. No coat, keeping warm with old blankets. No shoes, lots of people walking with sandals and socks.

I had an emergency fund, and even with this, I had to ask assistance to get my family out. Thanks to you, readers. And I will never have enough words to thank you for that.

Authored by J.G.Martinez D. via The Organic Prepper blog,