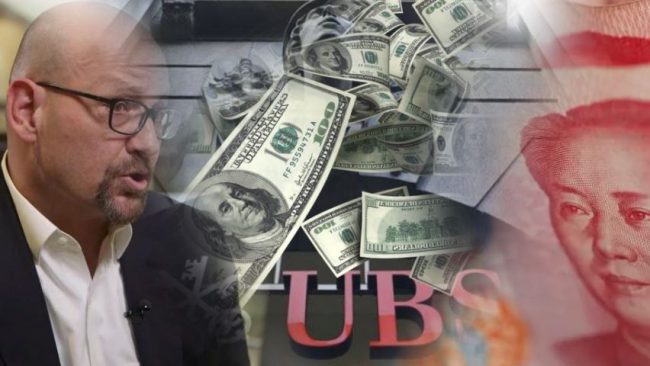 The renminbi is being used by central banks to diversify their foreign currency holdings, an indication that a geopolitical flare-up might take away the supremacy of the dollar.

According to an annual poll performed by UBS among 30 global central banks between April and June 2022, the percentage of reserve managers who have invested in, or are interested in, the renminbi grew from 81 percent to 85 percent this year.

According to Massimiliano Castelli, UBS’s director of strategy for global sovereign markets, “we are witnessing a slow drop in the dollar.” As a result, a multipolar monetary system is shown.

As a result of Russia’s invasion of Ukraine in early 2022, Western nations froze approximately $300 billion in Russia’s foreign exchange reserves. Most managers polled said the decision is one-time, but it complicates ties with Western powers and nations that aren’t participating in sanctions against Russia, such as China, which aren’t part of the sanctions.

RTD wants you to GET YOUR WEIGHT UP! This month, BullionMax has 5 oz of silver for a good price. Click for more information.

This widens the chasm between the United States and China that was already beginning to form as a result of the Trump administration’s trade conflict. Most central bankers feel that the rise of the multipolar world – away from an American-centric system – will have a positive impact on the renminbi. According to less than half of those polled, it would help the US dollar.

As a result of these concerns, the short-term outlook for the dollar has been adversely damaged. There has been a strong sell-off this year in US government debt, which is normally held by central banks. With worries about the US government’s finances growing, the study found that reserve managers are seeking alternative assets such as stocks, green debt, and inflation-protected bonds. About half of those polled believe their portfolios are more diversified than they were 12 months prior to taking part in the survey.

Despite the fact that the dollar is the world’s most valuable reserve currency, its advances have slowed recently. At the end of the first quarter of 2022, it was slightly under 60% of the allotted reserves, down from 65% at the same time in 2016. However, fewer than 3% of global trade is in the renminbi, the Chinese currency.

Most central bank reserve managers have raised their dollar holdings so far this year. There were 62% more dollars in reserve and 54% more renminbi in reserve, according to the poll.

When it comes to combating volatility and macroeconomic events, central banks and reserve managers will be thinking about what more they can do down the line, Castelli said.