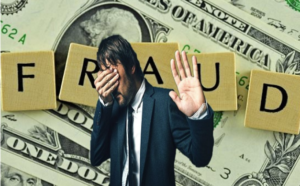 Dear Friend of GATA and Gold:

Ordinarily your secretary/treasurer would agree with him and change the channel from news to anything promising comic relief. After all, these geopolitical crises never mean anything to the monetary metals after a day or two. Your secretary/treasurer hates them for distracting people from the reasons provided by the world financial system for higher gold and silver prices.

If the turmoil in the Middle East was happening on its own, your secretary/treasurer would simply refer gold and silver investors to our late friend Peter George’s prescient observation at GATA’s Gold Rush 21 conference in the Yukon in 2005:”In the last 10 years,” George said, “the central banks have effectively shown that when there is a real crisis, gold actually goes down — and it’s so blatant, it’s a joke.”

But things may be different lately insofar as for months there have been signs of big changes in the gold and silver markets, including indications of exceptional tightness. For example:

— The resolution of most Comex gold and silver futures contracts through the mysterious emergency “exchange for physicals” mechanism.

— The extraordinary increase in open interest in Comex gold and silver futures contracts.

— The Comex’s strange and urgent increase in the out-of-system collateral permitted to be used by the major bullion banks that short gold.

— Increased acquisition of gold by central banks that are not afraid to reveal their admiration for an asset that central banks were generally unloading just a few years ago.

— The reversal of the usual gold flow from London to Switzerland, a flow now going from Switzerland to London, where the shorts largely reside and from where they would need to cover.

— The New York Fed’s recent sudden injection of tens of billions of dollars into the financial system through the big New York banks, some of which are bullion dealers, and the dubious explanations given for this.

— The refusal of the Federal Reserve, Treasury Department, and Commodity Futures Trading Commission to answer or even acknowledge a few basic critical questions about the gold market not just for GATA but also for a member of Congress.

— The inability of the usual smashes in the futures market to push gold and silver prices down much for long.

For some musing on these developments from two weeks ago, see:

If the recent developments really signify extreme strain on the physical gold market, and if, as there is still every reason to believe, the ratio of paper claims to real metal ranges from 90 or 100 to 1 — that is, 90 or 100 claims for every ounce — an international crisis like the current one might induce enough physical buying at precisely the wrong moment for the price suppressors, causing delivery defaults and exposing the fraud of the paper gold system.

Besides, if supplies are really tight, it would not take an international crisis to explode the system. Any substantial demand for physical delivery might explode it. Indeed, many governments long have known about the fraud of the system and could have pulled the plug on it any time in the last 10 years or more just by taking enough delivery. The Russians and Chinese long have talked openly about the Western central bank policy of gold price suppression.

This is exactly what the U.S. government has feared as long ago as 1974, when U.S. Secretary of State Henry Kissinger was warned about the possibility by his deputy, Thomas O. Enders, in a meeting in Kissinger’s office. The remarkable transcript of this meeting was discovered in 2013 by gold researcher Jan Nieuwenhuijs, then writing under his pen name, Koos Jansen, and was analyzed by GATA.

The transcript remains on the internet site of the State Department’s historian, a wonderful if studiously overlooked explanation of the U.S. policy of gold price suppression:

Gold, Enders told Kissinger, is the international “reserve-creating instrument” and whoever has the most gold can change its price periodically and thereby enrich himself and alter all the world’s financial valuations in his favor. Gold, Enders explained, is the great threat to the dollar and U.S. control of the world financial system and as such it must be pushed out of the system.

In any case, the previous U.S.-instigated gold price-control system, the London Gold Pool, failed in 1968 for geopolitical reasons and the current gold price control system will fail eventually too. As was said by the leader of the doomsday cult first portrayed by some British comedians including Peter Cook and Dudley Moore back in the 1960s: “We must get a winner one day”.

Tomorrow would be as good as any.