US Federal Govt Is Botching Its Wuhan Coronavirus Response, Just Wait Until It’s A Full-Blown Crisis! 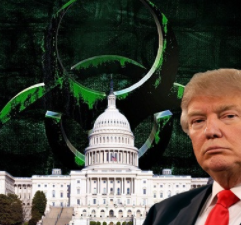 A 12th case in the US has been confirmed (on Wednesday), which is also a new state to add to the list of states with confirmed cases.

From the Wisconsin Department of Health:

There is something interesting to note here, and it has to do with the lag.

For example, the CDC updated their Persons Under Investigation matrix sometime just before 11:00 a.m. EST yesterday, and at the time, they were not reporting the Wisconsin case, nor are they reporting it on Thursday morning around 8:00 a.m. EST because of the update schedule:

Why is this interesting?

Because the CDC is the only place in the country where testing can be done for the Wuhan Coronavirus, so, in effect, Wisconsin is saying, “hey, the CDC has confirmed we have a case of Wuhan Coronavirus”, but since the confirmation was presumably given after the CDC updated their PUI tracker, we must wait now until tomorrow, Friday, before the update is made on the CDC’s website.

In other words, the CDC is behind the curve on this, as they have been ever since the start of the outbreak.

Since the Department of Health and Human Services has declared this a public health emergency, you’d think that with all the extra funding, that somebody could update the dang website as soon as cases get confirmed and not days later, such as will be the case with the 12th confirmed case, coming out of Wisconsin?

It’s early on, and updates early on are critical, especially while the relatively small number of cases still permits a manual updating.

You would also think that systems (i.e. computer programming scripts) are being set-up so the information updates automatically and in real time?

Here’s a screenshot of the Johns Hopkins tracker on Thursday monring:

The number of cases in countries other than China is rising, and recall that experts say the current death rate is around 3.0%, so as nations such as Japan and Singapore get close to 100 cases, we can expect people to begin dying in other countries at a faster rate.

We discussed the Wuhan Coronavirus extensively in our live-stream yesterday, with the focus on the coming market and economic impacts, which the markets don’t yet understand, so do give that a watch if you have not already:

One look in the mainstream media shows that our analysis is spot on.

For example, here’s Zero Hedge on Thursday morning (this morning):

The optimism is mis-founded, and if you have been following our live-streams, we have been explaining exactly why ever since January 20th, 2020.

Here’s Reuters this morning with the same type of spin:

LONDON (Reuters) – Stock markets across the world rose on Thursday, buoyed by record highs on Wall Street and a move by China to halve tariffs on some U.S. goods that emboldened bets that the global economy would avoid long-term damage from the coronavirus.

If you look at the non-financial MSM, you’ll see the Wuhan Coronavirus is barely a thing anymore, as evidenced here by CNN:

Look closely and you’ll see it.

Fox News, on the other hand, isn’t concerned about this one bit:

Focusing on the Circus Side Show in Washington seems to be the flavor of the day.

Taken at face value, the Washington Post is basically reporting a botched federal response to the outbreak (this is from Wednesday afternoon, bold for emphasis):

Some lawmakers confronted Health and Human Services Secretary Alex Azar and other top officials Wednesday about the Trump administration’s response to the new coronavirus, with several lawmakers expressing anger about poor communication with the states.

In a closed-door briefing with senators, the two Democratic senators from Hawaii were particularly irate. They complained their state health officials had not been notified in advance that their airport would be one of 11 to receive and quarantine U.S. citizens arriving from China’s Hubei province, the epicenter of the virus.

Setting up a hasty quarantine with no advance notice is not exactly the way to go about dealing with a potentially emerging global pandemic that’s showing up on our shores.