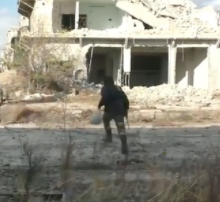 Considerable debate swirls over around crime, poverty and America’s cities – with politicians suddenly blaming each other, and generalizations flying. Here are facts, which help deliver the truth.

First, while 535 members of Congress feud and fume over how much federal money to spend on federal entitlements, anti-crime, anti-poverty, anti-drug, and anti-social disintegration programs, a strong argument exists for focusing on local leaders – not Congress – for answers.

Mayors – more than US Senators, Congressmen, and even Governors – have a vested interest in finding solutions for the cities they are elected to lead. Accordingly, this column reflects research into 55 cities, covering five studies, credible data bases, and mayoral records.

The findings are arresting – and a basis for rethinking how to pull America’s worst cities out of darkness. Notably, Americans of all ages live in cities. Pew’s Research Center reports 97 percent of US counties – and cities – saw an increase of 65-and-older populations since 2010, a trend that is accelerating. Older Americans are affected by these facts, along with younger.

What did I discover? America is experiencing the best economy in 50 years, lifting every major minority group with record low unemployment, growth, dollar valuation, and accelerating wages. This should turn the tide in America’s cities – but the turn is slow.

Instead, we are witnessing higher homelessness in “sanctuary cities,” and policy stagnation across major impoverished, often unsafe cities – Baltimore to Buffalo, Birmingham to Brownsville.

So, one policy misfire is not thinking out implications of opposition to border security, while sheltering illegal migrants and blocking deportation of those facing final orders. Another policy misfire is assuming that one-time shelter funding will stop the inflow of illegal migration; actually, offering safe harbor is having the opposite effect.

Bigger discoveries were made. Of the top-ten “most dangerous cities” in America, according to Forbes, all have Democratic mayors. Those cities are Detroit, St. Louis, Oakland, Memphis, Birmingham, Atlanta, Baltimore, Stockton, Cleveland and Buffalo.

Race may have little to do with it, although poverty and unemployment are tied to violent crime prevalence. Roughly half the mayors in this top-ten analysis were Caucasian, half African American.

And of the top 25 “most dangerous,” most are Democrat-led and all but one have poverty rates between 18 to 39 percent. The national average is 12.3 percent.

Of the top 25 “most dangerous” American cities, on top of poverty between 18 and 39 percent, most have unemployment between 4.4 and 9.3 percent. The national average is 3.7 percent.