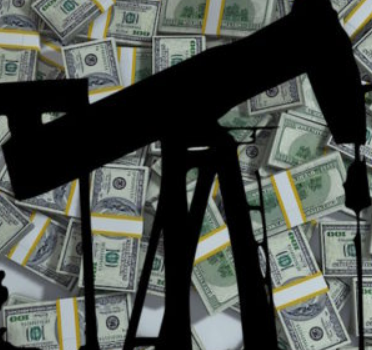 The Global Economy is heading for serious trouble when the disintegration of the U.S. Shale Oil Industry begins, likely within the next few years.  With Global GDP growth based on world oil production growth, the main driver has been the U.S. shale oil industry. This is terrible news because the top U.S. shale oil fields are declining ten times the rate as are the world’s mature oil fields.

According to the IEA, the International Energy Agency’s 2018 Executive Summary:

Natural production declines are slowing, but more investment will be needed. Each year the world needs to replace 3 mb/d of supply lost from mature fields while also meeting robust demand growth.

If we look at the data taken from Shaleprofile.com, the top 4 U.S. shale oil fields (Permian, Bakken, Eagle Ford & Niobrara), 2018 production reached 6.6 (mbd) million barrels per day by December and then declined to 3.7 mbd by October 2019:

The top 4 U.S. shale oil fields experienced a 44% decline rate from Dec 2018 to Oct 2019… and this isn’t for the entire year.  It will take another month or so before Shaleprofile.com releases the total production figures up until December 2019. Thus, the total-year decline rate may be closer to 46-48%.

The top U.S. shale oil fields are declining at a rate ten times that of the world’s mature fields of 4%.  Now, the IEA stated above that the world’s mature oil fields were losing 3 mbd of oil, or approximately 3% of the 99.8 mbd of supply in 2018.  However, I increased the figure to 4% by taking into account other studies… and it could even be a bit higher. Regardless, while the world has to add another 3-4 mbd of oil supply each year just to make up for the natural decline rate from the top mature oil fields, these 4 U.S. shale oil fields have to add 3 mbd… ALL BY THEMSELVES!!

That’s correct, the first chart above shows that these top 4 shale oil fields lost 2.9 mbd just from Dec 2018 to Oct 2019.  This is precisely why the EROI – Energy Returned On Investment of Shale Oil is so low.  It takes a massive amount of Captial (CAPEX) spending and thousands of new wells to offset the 3 mbd lost in 2018.

Now, if we just focus on the top 4 U.S. shale oil fields production for 2018, the decline rate is even higher.  The companies drilling in the Permian, Bakken, Eagle Ford, and Niobrara added 10,031 new wells in 2018 to push production to a peak of 3.9 mbd by December.  However, over the next ten months, production declined 58% by October 2019:

The world has relied mainly upon the increase from U.S. shale oil production to drive Global GDP growth over the past decade.  What happens when U.S. shale oil peaks??  That’s correct… it’s going to be bad news for the global economy.

With the top 4 U.S. shale oil fields losing 3 mbd per year of oil supply due to the rapid decline rate, ten times that of the world’s mature oil fields, it’s only a matter of time before the GIG IS UP.  And, unfortunately… there is no PLAN B.

If you have most of your wealth in Paper Assets that derive their value from Global Oil Production Growth, then you might want to RETHINK your “Investing Strategy” to include some physical precious metals.