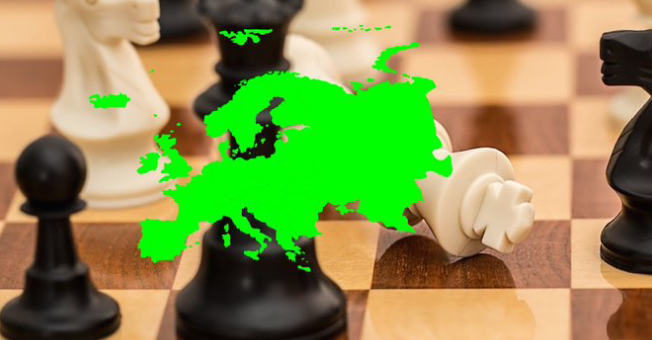 The United States has made moves to counter China’s Belt & Road Initiative by approving a huge expansion of the Overseas Private Investment Corporation (OPIC) into a new agency, the International Finance Development Corporation (IDFC), that can co-invest some US$60 billion with US and non-US private-sector companies in the same markets targeted by China’s BRI program.

The United States International Development Finance Corporation (USIDFC) will be an executive agency of the United States federal government responsible for providing foreign aid through the financing of private development projects. Its creation was mandated by the Better Utilization of Investments Leading to Development (BUILD) Act of 2018, which was signed into law by President Trump in October last year. The USIDFC consolidates the Development Credit Authority (DCA) of the US Agency for International Development (USAID) with the Overseas Private Investment Corporation (OPIC), providing $60 billion in loans, loan guarantees, and insurance to U.S. companies that invest or operate in developing nations. The USIDFC is slated to be operational by the end of 2019, pending the submission of a transition plan to Congress by the Trump Administration.

The official objective of the USIDFC is to stimulate economic growth in less developed countries by promoting market-based, private-sector development by providing capital to private investors to support commercial projects. The BUILD Act directs the agency to focus its efforts particularly on lower-income and lower middle income countries. The USIDFC will more than double the lending capacity of the preceding OPIC and is granted more expansive powers, including the ability to:

These expanded measures and parameters will allow the USIDFC to target countries that have traditionally had low investment activity due to instability and security concerns. By consolidating and replacing existing development aid programs, the agency is also intended to increase efficiency and cost effectiveness. The Act also stipulates that the USIDFC’s goal is to provide an alternative to “state-directed investments by authoritarian governments”, which some analysts have identified as a reference to China’s Belt & Road Initiative.

And in a major policy speech, held to coincide with the start of the IMF/World Bank Annual Meetings currently underway in Washington, US Commerce Secretary Wilbur Ross attacked what the White House considers “economically distorting and abusive lending by China to developing nations.” Ross, who has the final say in US trade matters, cited the specific examples of Beijing foreclosing on the Chinese-built Port of Hambantota in Sri Lanka, the takeovers of Democratic Republic of Congo cobalt mines and parts of the oil and gas sector in Venezuela.

Ross stated: “Through the Belt and Road Initiative, China has invested in 117 nations, and those nations account for two-thirds of the world’s population. Their state-owned enterprises use Chinese materials and Chinese nationals to build projects with very little local content, and if defaults occur, they foreclose on those assets rather than renegotiating the loans.”

As in Trump’s trade war with China, Ross’ attacks on BRI lending as the world’s finance ministers and central bank governors gathered in Washington clearly signaled the American administration’s determination to check China’s expansion in the economically and geopolitically strategic regions of Africa, Central Asia, the Balkans and Latin America.

Chinese lending, especially the issue of predatory terms, was a major point of discussion among Atfrican leaders at the International Monetary Fund as they found themselves the target of aggressive lobbying by both US and Chinese officials.

Speaking during the IMF/World Bank meetings, Senegalese Finance Minister Abdoulaye Daouda Diallo said he was at the IMF to discuss the question of Chinese loans to the West African nation.

Kenyan Acting Treasury Secretary Ukur Yatani Kanacho also stated that Chinese lending – especially vis-a-vis terms and conditions – was a critical issue that needed to be reviewed at a multilateral-level forum such as the IMF that brings together the world’s largest economies with emerging nations.

The issue of Chinese lending is a highly sensitive topic for finance ministers such as Kenya’s Ukur Yatani and Senegal’s Daouda Diallo as they must balance the need of foreign capital against charges of selling their State assets to China.

Tangible evidence of Trump’s policy to contain Chinese expansion through US private-sector investment is the US-Uzbekistan Annual Business Forum chaired today by Wilbur Ross and bringing together the Central Asian nations of Uzbekistan, Kazakhstan, Tajikistan, Kyrgyzstan and Turkmenistan with top Fortune 100 companies such as Honeywell, Boeing, Caterpillar, ExxonMobil, Case New Holland, John Deere, GE and Mars Inc. The event today in Washington is the first time that all Central Asian nations have come together for a US-sponsored investment forum. Ross as already signed previously off a US$6.5 billion of US private-sector investments with Uzbek President Shavkat Mirziyoyev and US$7 billion with then-Kazakh president Nursultan Nazarbayev.