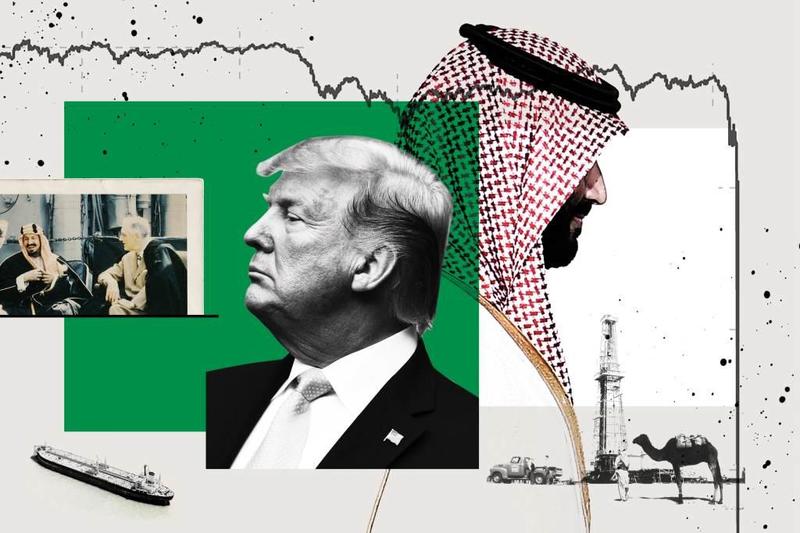 From the very beginning I’ve been a staunch critic of President Trump’s “Energy Dominance” policy. And I was so for a myriad of reasons, but mostly because it was stupid.

And I don’t say this as someone who hates Trump without reservation. In fact, I continue to hope he will wake up one day and stop being the Donald Trump I know and be the Donald Trump he needs to be.

I don’t have Trump Derangement Syndrome of any sort. Neither MAGApede nor Q-Tard, an Orange Man Bad cultist or NPC Soy Boy, I see Trump for what he is – a well-intentioned, if miseducated man with severe personal deficiencies which manifest themselves in occasionally brilliant but mostly disastrous behavior.

Energy Dominance was always a misguided and Quixotic endeavor. Why? Because Trump could never turn financial engineering a shale boom into a sustainable advantage over lower-cost producers like Russia and the OPEC nations.

The policy of blasting open the U.S. oil spigots to produce a production boom built on an endless supply of near-zero cost credit was always going to run into a wall of oversupply and not enough demand.

The dramatic collapse of U.S. oil prices in the futures markets which saw the May contract close on April 20th at $-40.57 per barrel is the Shale Miracle hitting the fan of low demand and leaving the producers and consumers in a state which can only happen thanks to biblical levels of government intervention.

The next morning, ever needing to look like the good guy, Trump tweets out:

We will never let the great U.S. Oil & Gas Industry down. I have instructed the Secretary of Energy and Secretary of the Treasury to formulate a plan which will make funds available so that these very important companies and jobs will be secured long into the future! — Donald J. Trump (@realDonaldTrump) April 21, 2020

It’s clear from this statement that Trump is ready to throw more trillions at the oil industry to keep it and the millions of jobs from disappearing as he does what he always does when confronted with a real problem, doubles down on the behavior that caused it in the first place.

Politicians, even the best ones, are ultimately vandals. They have no other tool than to reallocate scarce capital towards their ends rather than that demanded by the market.

And the main reason why Trump was never going to win the Energy Dominance War he started was because the world doesn’t want the type and kind of oil the U.S. produces at the quantities needed to “Win!”

Ultra-light sweet crude coming from the Bakken, Eagle Ford and Permian simply isn’t that high in demand for export. It’s of limited usage. And, in the end, if the price is right enough, offering oil for sale in ‘not-dollars’ only makes that demand curve even more elastic.

The collapse in oil prices which Trump is desperate to stop won’t simply because Trump stands there like King Canute, arms outstretched. He and his terrible energy policy stand naked now that the tide has gone out.

And the reason for this is simple. There is more to the world economy than money. Money is what makes the economy work but it, in and of itself, is incapable of creating wealth. All money does is act as a means to express our needs and desires at the moment of the trade.

Trump’s vandalizing the world’s energy markets for the past three and a half years now comes back to bite him. To prop up surging U.S. production he has:

I could go on, but I think you get the point. None of these acts are defensible as anything other than immoral and counterproductive.

Having antagonized literally more than three-quarters of the world with this insanity, Trump will now turn his destructive gaze on the very people he purports to serve, the American people. Saving jobs through subsidies is capital destructive. It doesn’t matter who does it, Trump, Putin, Xi or FDR.

If Trump tariffs on imports it will only keep the cost of energy for Americans higher than it should be at a time when they need it to be as cheap as possible.

The incentive to improve performance by these companies, shutter expensive wells, default on debt or shift capital away from the unproductive will not happen. The healthy cleansing of bankruptcy is averted. The vultures who profited on the way up will not go bankrupt because the bust is avoided and those that were prudent waiting for this moment will not be rewarded with the reins of the means of production.

And again, we see another one-way trade for Wall St.

All Trump will do here is entrench the very powers that he thinks he’s been fighting, destroying small businesses, nationalizing, in effect, whole swaths of the U.S. economy and setting up the day when everyone else around the world shrugs when he bark.

Because the net effect has been to see the rise in more of the oil trade conducted in currencies other than the U.S. dollar. That trend will continue in a deflating price environment where the need to service dollar-denominated debt is soaking up the supply of dollars faster than the Fed can monetize the debt issued by the U.S. Treasury.

The oil trade will shift from dollars. Dollars will be used to pay off debt, the world will decouple from the dollar and all those dollars currently hoarded overseas and whose demand today will be supply tomorrow will ensure the U.S. economy suffers the worst kind of depression, one of rising commodity prices, falling asset prices and falling wages.

So, Trump will continue to be, as I put it recently, The Master of the Seen, choosing, as always, to ignore the unseen effects of propping up firms that should rightly go the way of all bad ideas, like Marxism.

The U.S. had a grenade dropped on its budget. It looks like a nuclear bomb, but that’s only because of the continued arrogance and necessity of politicians, like Trump, needing to be ‘seen’ doing something caused far more damage than it would have if they hadn’t intervened in the first place.

The adage, “never let a crisis go to waste,” is apropos here. Politicians use the cover of crisis to act. They have to be ‘seen’ acting rather than not. Trump is acutely aware of this because he truly can’t stand criticism.

A man without principles, Trump acts mostly out of his need to deflect criticism and be ‘seen’ by his base as their champion.

But no, Trump outs himself as the biggest Marxist of all time, defending the workers while robbing them of their future through the destruction of their real wealth. His policy mistakes become our real problems. And he compounded those problems by listening to the medical complex vultures about COVID-19 and now he’s trapped but everyone else will pay the price.

Energy Dominance will turn into an Energy Albatross and it will weigh on Trump’s neck in his second term that will see him leave office reviled as the great destroyer of not only the U.S.’s wealth, but more importantly, its standing in the world.Tyler Durden Thu, 04/23/2020 – 22:25

Authored by Tom Luongo via The Strategic Culture Foundation,