Trump: First US President To Step Foot In North Korea 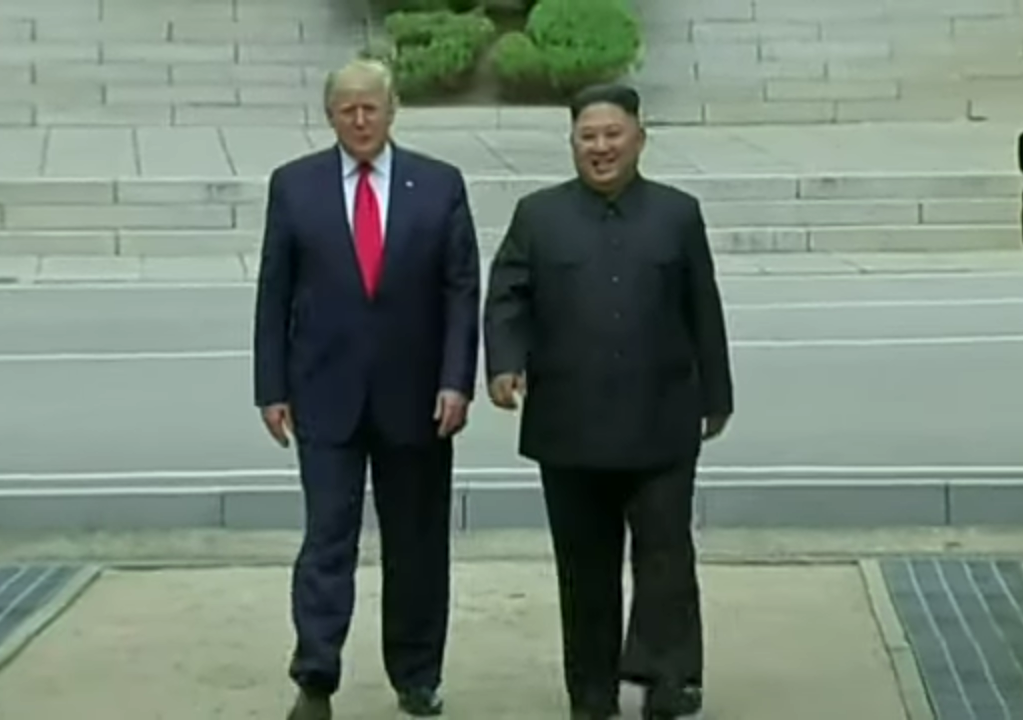 President Trump on Sunday became the first sitting U.S. president to set foot on North Korean soil when he crossed into the Demilitarized Zone that divides the Korean peninsula to hold an impromptu and historic meeting with North Korean leader Kim Jong Un.

After the roughly 45-minute-long meeting, Mr. Trump told reporters he and Kim had agreed to restart negotiations in the hopes of brokering a deal to start the full denuclearization of the peninsula — a long-sought and elusive foreign policy goal of American administrations for decades. The president, who hailed his “great relationship” with the North Korean strongman, invited Kim to the White House to continue talks.