Time for Trump to Get His Godfather On 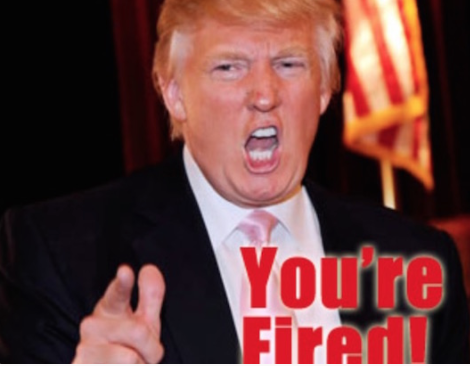 With Democrat dreams of a soft coup now a heap of smoldering wreckage, and no need to play Mr. Nice Guy to please prissy softcons on Capitol Hill, President Trump is finally free to channel his inner Michael Corleone. It’s about time to re-christen Don Jr., and use that opportunity to take out the heads of the five families.

Trump already tossed mealy-mouthed ambassador Gordon Sondland out on his Nadler. Then military Twitter started buzzing with delight – well, not Blue Falcon Twitter but the one with vets who aren’t half-stepping weasels – at the news of That’s Lieutenant Colonel to You Bratwurst and his brother Other That’s Lieutenant Colonel to You Bratwurst being marched out of the West Wing with their all stuff, probably mostly Doritos and Mounds bars, in bankers’ boxes.

About time – these doofuses may fool the establishment civilians but not the vets. We all served with their likes, and the fact these guys get celebrated by our feckless elite is not unrelated to the fact that our military has not decisively won a war in 30 years.

This long overdue purge needs to be just the beginning.

For three years the Democrats and the Fredocons have tried everything to keep Donald Trump from fully exercising the powers of the office the American people elected him to. Things other presidents do as a matter of course – like demand the investigation of massive corruption involving stripper-impregnating crack afficionados – is suddenly an impeachable crime against the Constitution.

As a practical matter, flushing these floaters during the endless fake investigations would have been a political problem, but the never-ending story has finally ended, with Trump standing atop a pile of his enemies’ skulls. He now needs to make that pile grow higher by adding the figurative severed noggins of the treacherous quislings still lurking within his administration.

This includes names you have heard, like Christopher Wray, the hapless FBI head who thinks the best way to address the FISA crimes is to vector in some deep state cleaners to whitewash the mess. He has no interest in reforming that ruined organization. So, can him and get someone Barr recommends who will put cops in charge instead of political paper-pushers

Then there are some other less-familiar, but higher-level types. Presumptively fire every ambassador who worked for Obama, keeping only those who proved they do not suck. The same with U.S. Attorneys, and their key assistants. And start relieving some generals and admirals who are not with the program – start with the ones at West Point and Annapolis who decided to investigate our young warriors over the circle game instead of telling the liberal blue check whiners to go pound sand.

But mostly it is names you have never heard, anonymous moles burrowed into the bureaucracy doing damage to patriotic conservative initiatives in their passive aggressive way (Jim Geraghty wrote a hilarious book on this called The Weed Agency).

Clean house. Ruthlessly. And if you can’t find them because of our archaic civil service laws, well, Nome needs bureaucrats too.

No president would tolerate treachery, and now Trump is free to punish it too.

by Kurt Schlichter via The Burning Platform\