Most cities in UBS Group AG’s Global Real Estate Bubble Index are overvalued or at risk of a bubble, according to the Swiss bank’s 2018 report on housing prices.

Chicago is the only undervalued housing market in the 20-city index, while Milan, Singapore and Boston are deemed fairly valued, the report released Thursday shows. Ten cities, from New York to Sydney to Stockholm, are overvalued, while six are in bubble-risk territory, with Hong Kong’s market the most inflated. A year ago, New York had been scored as fairly valued.

Typical signs of a bubble include real estate prices rising out of sync with incomes, as well as economic imbalances like excessive lending and construction activity, according to the bank’s researchers. Unlike the boom of the mid-2000s, there’s no evidence of simultaneous excesses in lending and construction, the report said, and outstanding mortgage volumes are growing at about half of the rate of the pre-crisis period.

“Although many financial centers remain at risk of a housing bubble, we should not compare today’s situation with pre-crisis conditions,” Mark Haefele, chief investment officer at UBS Global Wealth Management, said in a statement.

While prices aren’t rising as fast as in prior years, affordability remains a key concern. Housing prices in major cities have increased by 35 percent on average over the past five years, according to the report.

Incomes simply aren’t climbing fast enough to keep up with the prices in many areas. For a skilled service worker in Hong Kong, it would take 22 years of their average annual income to buy a 60-square-meter (650-square-foot) apartment near the city center. A decade ago it was 12 years.

For other cities, buying real estate is more feasible. In Milan, it would take 5.7 years of annual income; it would be under five years for Chicago, Boston and Los Angeles. 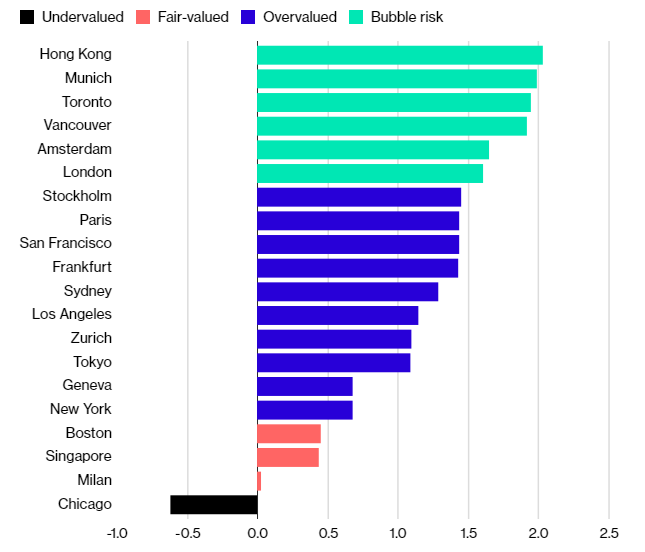 The next recession is around the corner and a lot of people are unaware of why this time it will be a lot worse than the Great Recession of 2007-2013. In this new eBook, “5 Reasons To Hold Precious Metals Before the Next Recession “, I share my thoughts on how being prepared ahead of time will help those that hold tangible wealth in their hands through the next crisis.

Download a copy of the FREE eBook instantly here: http://bit.ly/5ReasonsEbook 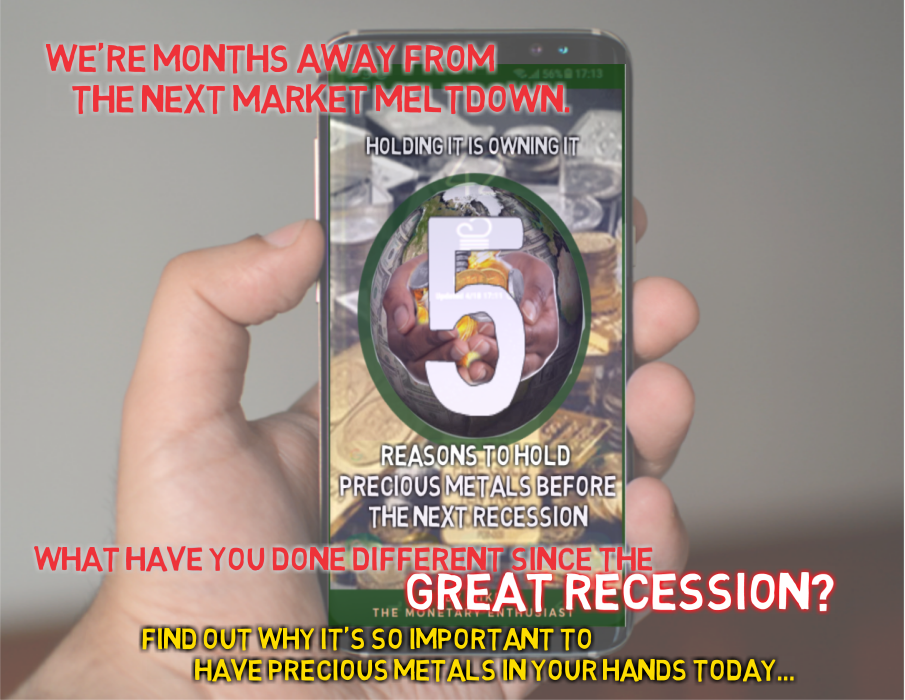