The Weaponization Of 5G Technology By The Military (Hidden Use Exposed) 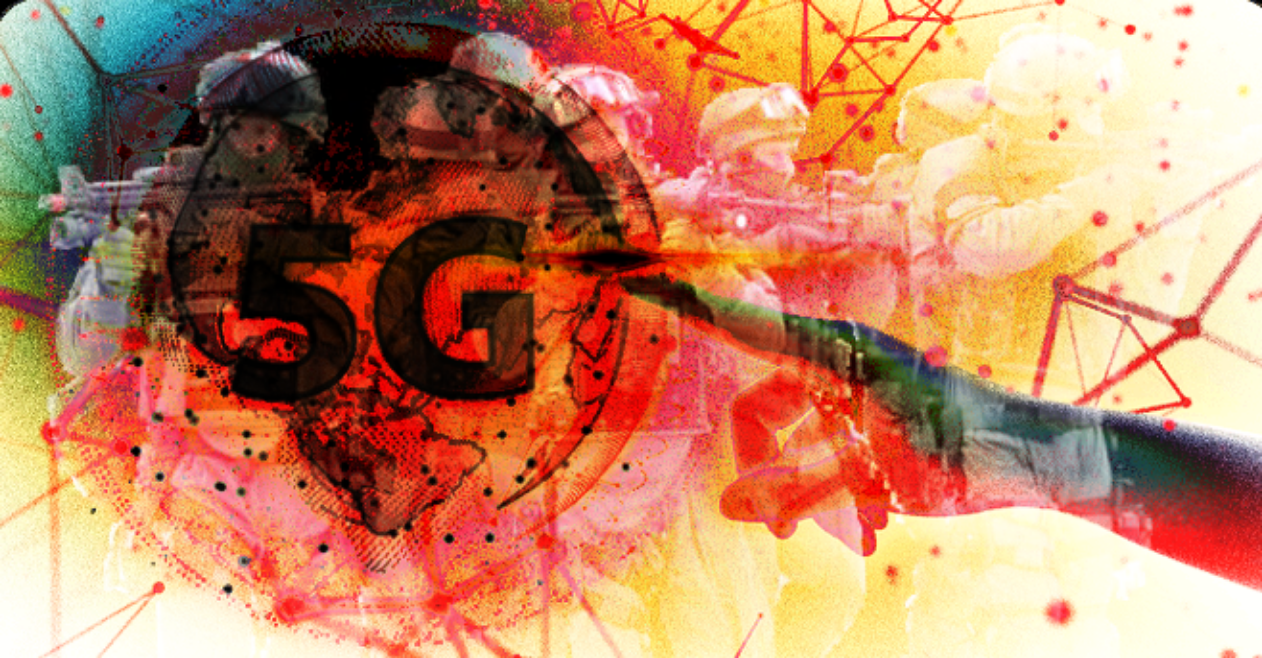 At the London Summit, the 29 member countries of NATO agreed to “guarantee the security of our communications, including 5G”. Why is this fifth generation of mobile data transmission so important for NATO?

While the earlier technologies were perfected to create ever more advanced smartphones, 5G is designed not only to improve their performance, but mainly to link digital systems which need enormous quantities of data in order to work automatically. The most important 5G applications will not be intended for civil use, but for the military domain.

The possibilities offered by this new technology are explained by the Defense Applications of 5G Network Technology, published by the Defense Science Board, a federal committee which provides scientific advice for the Pentagon –

“The emergence of 5G technology, now commercially available, offers the Department of Defense the opportunity to take advantage, at minimal cost, of the benefits of this system for its own operational requirements”.

In other words, the 5G commercial network, built and activated by private companies, will be used by the US armed forces at a much lower expenditure than that necessary if the network were to be set up with an exclusively military goal. Military experts foresee that the 5G system will play an essential role for the use of hypersonic weapons – missiles, including those bearing nuclear warheads, which travel at a speed superior to Mach 5 (five times the speed of sound).

In order to guide them on variable trajectories, changing direction in a fraction of a second to avoid interceptor missiles, it is necessary to gather, elaborate and transmit enormous quantities of data in a very short time. The same thing is necessary to activate defences in case of an attack with this type of weapon – since there is not enough time to take such decisions, the only possibility is to rely on 5G automatic systems.

This new technology will also play a key role in the battle network. With the capability of simultaneously linking millions of transceivers within a defined area, it will enable military personnel – departments and individuals – to transmit to one another, almost in real time, maps, photos and other information about the operation under way.

5G will also be extremely important for the secret services and special forces. It will enable control and espionnage systems which are far more efficient than those we use today.

It will improve the lethality of killer drones and war robots by giving them the capacity of identifying, following and targeting people on the basis of facial recognition and other characteristics. The 5G network, as a weapon of high-tech capacity, will also become the target for cyber-attacks and war actions carried out with new generation weapons.

As well as the United States, this technology is under development by China and other countries. The international disagreement concerning 5G is therefore not only commercial.

The military implications of 5G are almost entirely ignored, because the critics of this technology, including many scientists, are concentrating their attention on its toxic affects for health and the environement, due to exposure to very low-frequency electromagnetic fields. This engagement is of course of the greatest importance, but must be linked to research on the military use of this  technology, financed indirectly by ordinary users. One of its greatest attractions, which favors the dissemination of 5G smartphones, will be the possibility of participating, by subscription, in war games of impressive realism in direct contact with players from all over the world.

In this way, without realising it, the players will be financing the preparation for war – but this time it will be a real war.