The War On Cash Part II: A CLOSER LOOK AT ITS FAR-REACHING IMPLICATIONS | Claudio Grass 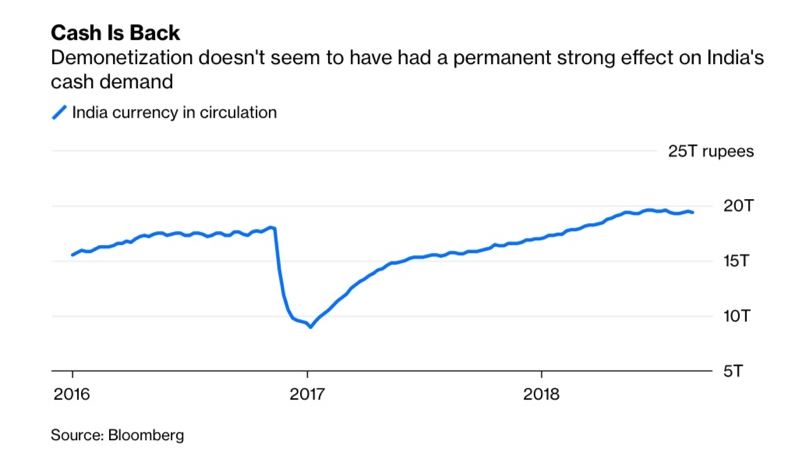 Beyond privacy, there is also widespread concern over the economic impact of a fully cashless system. For one thing, as citizens slowly become exclusively dependent on big banks and card companies the systemic risk to the wider economy spikes. But it goes further than that too. Without the option to keep some cash outside the banking system and retain some degree of financial flexibility, banks have the potential to essentially keep their clients hostage.

Bail-in scenarios and deposit “haircuts”, allowing distressed banks to directly take funds from their clients’ accounts, a scenario we saw in Cyprus in 2013, are instantly simplified. Good old-fashioned bank runs are all but eliminated as leverage, while policies like NIRP and ZIRP face significantly lower obstacles, as without the option to take cash out of the system, the banks can easily pass down the associated costs to the clients.

Capital controls also become much easier to comprehensively enforce, while their impact is multiplied. These measures were already proven catastrophic in Greece, where citizens had to live for over 3 years with an ATM withdrawal limit of EUR60 a day and draconian restrictions on payments abroad. Businesses were put under immense pressure, unable to pay their international suppliers without special permission, while elderly citizens formed endless lines in front of ATMs to receive their pensions in the allowed increments and many struggled to pay for their daily needs. And yet, disastrous as the policy was for the public, their predicament would have been infinitely more severe if Greece did not have a solid cash-loving tradition. The small Mediterranean nation holds the second place (tied with Cyprus) among EU members with the highest share of cash transactions, while due to the country’s history, citizens are inclined to keep significant amounts or parts of their savings stored at home, something that helped soften the impact of the capital control measures.