The Violent Collision Of Market Fantasy And Viral Reality 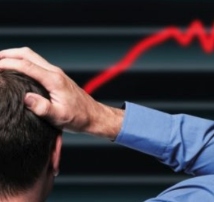 The shock wave unleashed in China on January 23 is about to hit the U.S. economy and shatter everything that is fragile and fantasy, starting with the U.S. stock market.

The shock wave is still reverberating through the vulnerable Chinese economy, toppling all that is fragile: auto sales, sales of empty flats in Ghost Cities, shadow banking loans that cannot be paid, workers’ wages that won’t be paid, businesses that won’t re-open, supply chains dependent on marginal enterprises and most saliently, the faith of the people in their hubris-soaked, self-serving leadership.

The fantasy in the U.S. is that the shock wave doesn’t exist. Since the shock wave has been hurtling with undimmed force toward the shores of all-mighty American complacency beneath the Pacific, unseen, America’s laughable fantasy has spread through the thundering stampede triggered by the fools in the Federal Reserve in early October.

Not only is America’s economy invulnerable, so is its stock market. This fantasy has fueled a blow-off-top bubble of such classic proportions that even the fools in the Fed recognize it as a bubble. And even the fools in the Fed know blow-off-top bubbles always burst, and with rough symmetry: if the bubble rocketed higher in six weeks, it will crash to Earth in about six weeks.

If we look at the Fed’s balance sheet, we can discern the Fed fools’ implicit attempt to engineer a “soft landing,” i.e. stocks will remain at a permanently high plateau. The Fed balance sheet has gone nowhere for six weeks while the stampede in stocks gathered momentum:

Head Fed Fool Powell is desperate to avoid the responsibility for blowing a bubble that will inevitably burst with devastating consequences for everyone in the thundering herd, but sorry Mr. Powell: you broke it, you own it. The Powell Fed instigated the stampede and blow-off-top bubble by blowing up the Fed balance sheet by over $400 billion in a matter of weeks, causing trading bots and punters alike to join the stampede front-running the Fed’s bubble-blowing.

Front-running the Fed’s bubble-blowing inflated the bubble, the classic dynamic of self-reinforcing feedback.

There is a unique euphoric joy in running with the herd: the thundering herd seems so powerful, so irresistible, so right–how could the herd be wrong?

Even as each individual in the stampede thrills to the power of the herd, they retain a prideful fantasy of their own uniqueness and rationality: I am only running with the herd because it’s incredibly profitable to do so. Once it’s no longer profitable, I will move to the edge, slow down and peel away from the herd, carrying away my magnificent gains.

This is the fantasy mindset of every individual in the herd until their hooves leave the Earth and flail in mid-air: trapped by the power of the herd and an overweening pride in their individuality, everyone in the herd tumbles off the cliff, unable to escape.

The agonizing screams of the fatally wounded rend the air, but the herd cannot be stopped: the broken bodies pile up at the rock-strewn bottom of the cliff, and the last thoughts of the expiring are: how could this happen? The herd was so powerful and so right. Why didn’t I leave when there was still time?

But few leave the herd in time. Each prideful individual in the stampede is fated to tumble onto the sharp rocks below.

Blow-off-top bubbles tend to have a last chance to leave the thundering herd second peak. That was yesterday.

In a low-volume market dominated by trading programs/bots, the exit is very, very narrow. When the stampede tumbles off the cliff, buyers vanish and markets go bidless: every writhing, screaming victim wants to sell everything and save themselves, but there are no buyers at any price.