The U.S. is the World Leader of Bio-Weapons Research, Production, and Use Against Mankind 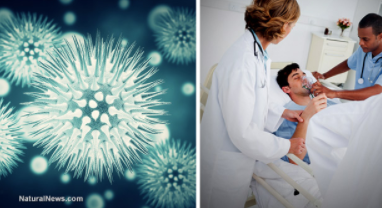 Those that prevent disease and expose virus creation are heroic, but those that create and purposely spread disease and virus are inhuman. Given the history of the United States government and its military industrial complex concerning biological and germ warfare, the use of these agents against large populations, and the desire to create agents that are race specific strains, these powerful entities have become compassionless purveyors of death to the innocent.

Manmade viruses meant for warfare, whether for economic destruction, starvation, or mass death, are the workings of the truly evil among us. Predation at this level is relegated to those in power; a president for example, could give the order to wipe out millions due to his inability to control a problem he caused and perpetuated, and then lay blame on the victims.

Who would ever have believed that modern warfare could be more brutal, more torturous, more painful, and more harmful to innocents, especially children, than past atrocities committed in war. Memories of millions sent to their deaths fighting in trenches, cities obliterated by atomic bombs, entire countries destroyed, and millions purposely left to starve in order to appease some tyrant or elected “leader.”

I once thought that nuclear war would signal the end of life as we know it, but considering modern warfare and technology, I now think that uncontrolled and deadly viruses may consume the world population, as one after another poisons are released as acts of hidden war. There can be no end to this madness, as any retaliation in kind will result in the spread of worldwide disease; all created by man.

The new Coronavirus, (2019 Novel Coronavirus (2019-nCoV) one in a line of many that were not just likely but most certainly produced by man in laboratories, is affecting almost exclusively the Chinese at this point. This has seemingly opened the floodgates to speculation as to its exact origin. This virus has unique characteristics that have happened before with SARS and MERS, and has genetic material that has never been identified, and is not tied to any animal or human known virus.

This should be troubling to all, because if this is manmade, it was manufactured as a weapon of war. So who is responsible for its release in China? It is possible that this virus was created in China and was “accidentally” released into the population, but that does not sound credible at any level. Do any think that the Chinese government would create a Chinese race specific virus and release it in their country?

Interestingly, in the past, U.S. universities and NGOs went to China specifically to do illegal biological experimentation, and this was so egregious to Chinese officials, that forcible removal of these people was the result. Harvard University, one of the major players in this scandal, stole the DNA samples of hundreds of thousands of Chinese citizens, left China with those samples, and continued illegal bio-research in the U.S. It is thought that the U.S. military, which puts a completely different spin on the conversation, had commissioned the research in China at the time. This is more than suspicious.