The Truth About The Dollar 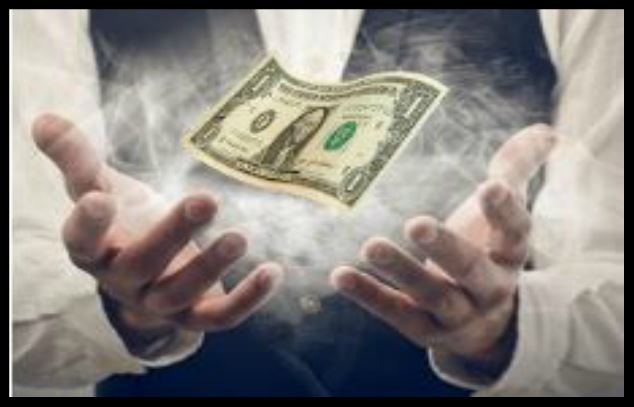 The greenback slipped a bit, but the dollar is still pretty darn strong relative to a basket of the world’s major currencies…

I’ve been to Italy four times, including my most recent trip two weeks ago. So it’s really interesting to look at the different foreign exchange rates in place at the time of my various visits.

Just as an example, on this most recent trip I was getting roughly 21% more for my money than the last time I visited four years ago. That makes a huge difference!

Of course, unless they’re frequent travelers, most people don’t really pay attention to how well the greenback is doing against other world currencies. And that’s a shame … especially if they invest.

After the Fed cut rates for the third time this year, the greenback slipped a bit, but the dollar is still pretty darn strong relative to a basket of the world’s major currencies.

For starters, a strengthening dollar can have a big impact on gold, oil, and other commodities.

Now, there are a lot of forces driving gold’s price at any given point in time.

But pull up a chart of the yellow metal and you’ll see that the dollar’s strength typically keeps gold down.

Pull up a chart of oil, and you’ll often see the same basic pattern.

Again, there are all kinds of other factors at play in the oil market – everything from seasonal demand, to geopolitical developments.

But the point is that the greenback has direct – and clearly visible – impacts on various natural resource markets.

It also affects many U.S. stock investments that are unrelated to resources.

A lot of people assume that currency exchange rates don’t matter a whole lot, especially if they stick to domestic stocks.

When American companies sell their products abroad, they typically collect the money in foreign currencies then translate those sales back into U.S. dollars.

That means their results can end up getting crimped by unfavorable exchange rates unless they’re using futures or other hedges.

That’s especially true for big multinational companies, some of which derive more revenue from overseas markets than they do domestically.

Meanwhile, a stronger dollar also makes a substantial difference for anyone investing in FOREIGN companies.

First off, it affects the value of your holdings as they’re translated back into U.S. currency.

In addition, if your foreign shares pay out dividends, a stronger dollar also affects the value of those distributions in the same way it affects a U.S. company’s earnings – i.e. payments initially issued in other currencies become smaller distributions when they’re translated back into greenbacks.

If you’re holding for the long-term I wouldn’t worry all that much about this. And I still think it always makes sense to have some of your money invested in overseas investments, precisely because it can provide a nice hedge for times when the dollar is falling.

My overall point is that it pays to watch what’s happening in the foreign exchange market– whether you’re planning to leave the country or not.

Not only can you directly profit from moves in the forex (foreign exchange) market through various types of investments – everything from exchange-traded funds to futures.

But understanding what the dollar is doing – and what it’s likely to do going forward – also has big implications for the various companies you might be invested in as well. So even if you don’t directly invest in forex, keep an eye on the dollar. It’ll pay to do so in the long run.

To a richer life,