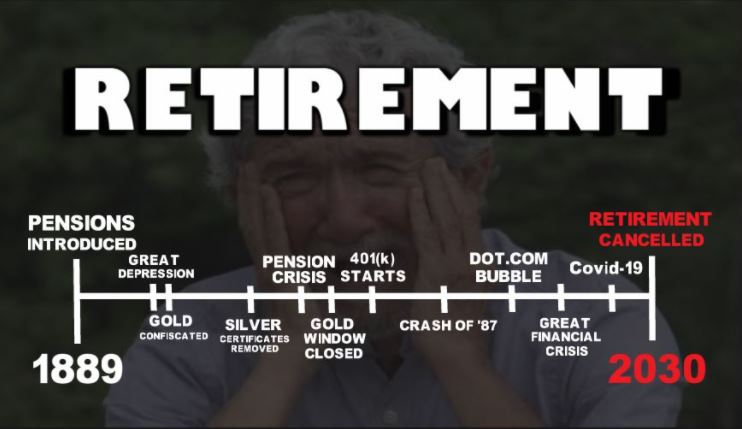 Today I want to share the three reasons the retirement concept is failing and by the end of the decade all the schemes offered to the public might come to an end. Given the current environment we are in and all this emergency measure counterfeiting of currency this will surely create issues that speeds up the completion of the retirement concept.

The number one issue that has derailed the concept of people being able to even think about retirement is the inability to save for retirement. Well before Covid hit we have been talking about the lack of disposable income and wage growth to allow people to set aside funds. The financial landscape since March of last year has been very favorable for a small few but has set back the majority in being able to look ahead for their futures.

The stock markets may have recovered from the first shocks of the pandemic, but Americans’ retirement savings might not be as lucky. A majority of Americans — 60% — withdrew or borrowed money from qualified retirement plans since COVID-19 first arrived in the U.S., two-thirds of whom did so to pay for basic living expenses, according to a new survey from Kiplinger’s Personal Finance Magazine and financial firm Personal Capital.

Nearly a third of the 744 respondents surveyed withdrew $75,000 or more from a retirement account, and another 58% borrowed between $50,000 and $100,000 the poll found. A third of people said they planned to work longer to compensate for the financial hit to their nest eggs. 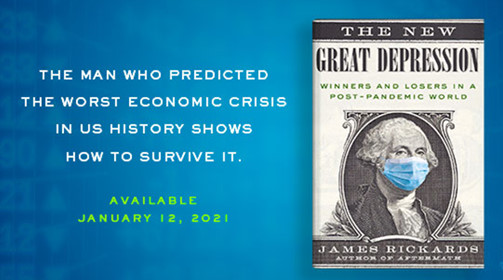 COVID-19 will fade. Not soon, but eventually. The effects will be inter-generational. Reasons why, and a sound portfolio playbook are here…

The impact of the pandemic on retirement savings are yet to be seen yet COVID-19 is still wreaking havoc on Americans’ personal finances. The Government thinks that a $600 or $2000 stimulus check will make up for current savings being drained and retirement accounts being ransacked. Cities are still in lockdown, some industries — such as travel and recreation — are still suffering, leading to job losses or reduced wages.

The pandemic also has the potential to move up the date in which Social Security’s reserves run out of money, or lessen the monthly checks beneficiaries receive in the future. If all that sounds bad for the Baby Boomers, then the Millennials and generations under them are seriously screwed. As a result of all the recent emergency packages from the Cares Act to the most recent Covid Emergency Relief bill, those trillions will add real soon.

The second reason the threat on retirement this decade is in danger is because the response to this current global crisis by all governments is more debt, deficit spending, currency debasement in a negative yielding environment. We have a $27+ trillion of national debt that’s being added to every stimulus bill that’s being passed. $158 trillion of unfunded liabilities that includes social security and Medicare which will come due on someone’s watch and guest who that is?

History has always shown that once governments exceed their ability to maintain their finances they begin the pursuit of destroying the currency and as a result all the assets denominated in that currency corrects to what would be considered fair market value for the majority. That means your retirement portfolio which usually consist of promises to pay later in the form of bonds and stocks shares may appear to appreciate nominally but currency those assets are denominated in is actually losing purchasing power that you depend upon to sustain your life existence.

In this Covid focused decade there will be no way to determine a comfortable amount of savings to set aside when your Government is passing continuous emergency bills to bail out the banks and publicly traded companies.

As a result of these unprecedented policies the American Dream has been completed destroyed, and with that goes the hopes of being able to have a reassured plan to retire. The sad reality is that the USA can no longer have its cake and eat it too.

This dream was sold to the parents of the Baby Boomers and the Millennials will be the generation that feels the blow of what some might end up calling the American nightmare. This nightmare will consist of increased taxes, a higher cost of living and the inability to even think about retiring. Baby Boomers got a chance to dream but millennials will be forced to accept reality. The reality is that there can be no dream if your nation is drowning in debt.

Just look at the data. Median household savings for Gen X, according to a recent study, is $64,000, and 81% of that group are worried about being able to fund their golden years. Millennials, who have increasingly dipped into retirement funds to deal with the pandemic, have an average nest egg of just $23,000. 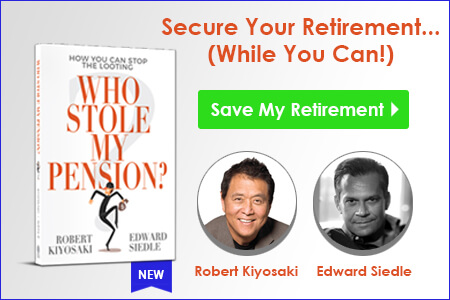 At this current rate there’s not much hope for the majority of people still asleep at the wheel. The dark and gloomy future is the result of an overly stretched debt based fiat monetary system that favors those who are tied directly to the financial oligarchs that have syphoned the wealth of all Governments by issuing loans owed back by our blood, sweat and labor.

The third and final reason this current decade may be the end of the retirement concept is because of the Great Reset. The events we are currently experiencing is not an isolated event. All Governments are in the race to debase their currencies. The current monetary system has reached a breaking point and a lot of evil individuals are promoting the concept of the need to start over. Starting over means getting rid of all current debt and going back to zero. Zero looks exactly how it sounds. You have zero debt, zero money and zero ownership in your future.

Look no further than the World Economic Forum and its founder Klaus Schwab who thinks this current crisis is a great time to hit the reset button and start all over again. According to what him and all the world leaders envision between today and the year 2030 is an ideal society in which everything you do, from the food you eat, to the house you can no longer own is all being done in your best interest.

If you think this is bad, then very little do you know about current incoming administration and his pledged allegiance with Klaus Schwab to furthering this one world agenda.

Yes, that’s right. Now President Joe Biden is on the take and a great example of his agenda to Build Back Better originates from the globalist agenda to build a more unified, inclusive economy that demands trillions upon trillions more of debt to drive the remaining nails in the dollars coffin.

This Great Reset Agenda if completed will be the end of retirement completely. The main selling point in this movement is that “You will own nothing and be happy with it”. So if you own nothing that means everything you have worked for to this point was removed from your possession and that includes your retirement portfolio, real estate and whatever other asset they pry out of your hands.

The reality is that within the next 12-24 months the word “retirement” will take on a whole new meaning.

I don’t mean to sound cruel or unsympathetic but the truth must reach the masses somehow.

Even though the concept of retirement is scheduled to end by 2030 that doesn’t mean all is lost. Right now we are witnessing what I believe is the last wealth transfer before this decade officially starts.

If you understand history and know how resets work, then those that hold non-correlated tangible assets always manage to make it to the other side of resets.

What do I mean?

Those who hold items that act as sponges in the time of currency floods will absorb all that purchasing power energy and be able to store it until it’s ready to be spent in the rebuilt economy. The wealthy have already bought art, rare collectibles, land etc.

The most sought after throughout history has been a return to gold and silver. However, with the advent of technology we are being steered towards a digital economy and the current movement towards digital assets such as Bitcoin, Ethereum and others are getting all the attention.

I will leave it up to you to determine what sets best with you. I don’t give financial advice. I just want to make sure you know where not to be when before the Great Reset is complete.

Now. I want your feedback. What did I miss or what should I have mentioned? Leave me a comment below and make sure to click the subscribe button and the bell notification to be notified on the next video release of livestream. 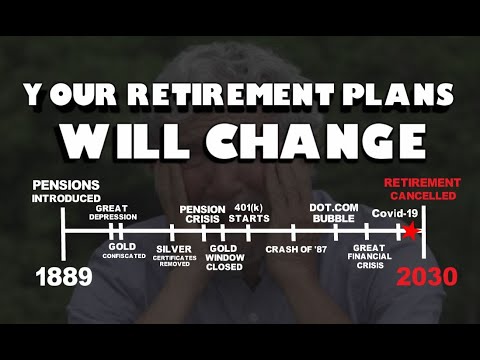