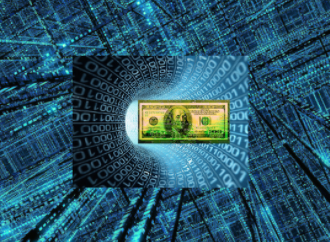 Consumer credit rose to 19.3% of GDP, the highest ever.

Consumer debt – student loans, auto loans, and revolving credit such as credit cards and personal loans but excluding housing-related debts such as mortgages and HELOCs – jumped by $187 billion in the fourth quarter 2019, compared to a year earlier, or by 4.7%, to a record $4.2 trillion, according to Federal Reserve data released Friday afternoon:

How much did all this borrow-and-spend contribute to GDP?

Without this $187 billion in additional spending funded by $187 billion in additional debt, the US economy would not have grown 2.3% in 2019, but only about 1.8%. This is why economists from the Fed on down want policies that encourage consumers to spend money they don’t have. It’s the American thing to do. And if there’s a hiccup down the road, so be it. And now there are some hiccups.

How heavy is the burden of this consumer debt on consumers? For a substantial part of Americans, there is no burden. They pay off their credit card balances every month, they have no student loans, and if they financed their vehicles it may be through leases that they took out not because that’s the only way they could buy the vehicle but because they saw various advantages in leasing.

Then there is another group of Americans where every month is a mad scramble to make ends meet. Some earn good money but live above their means. Others are scraping by every month on low incomes. Both are up to their ears in debt. They’re one or two paychecks away from defaulting on that debt. That’s where the debt burden is, and that’s where the risks are. But in terms of overall consumer debt, this bifurcation gets averaged out.

When measured against the size of the US economy, that $4.2 trillion in consumer debt amounts to 19.3% of nominal GDP, the highest ever in the data. Here are the last two decades:

But keep in mind: household mortgage debt, which is not included in consumer credit, amounted to $10.5 trillion in Q4. It had plunged after the Financial Crisis and is now still a tad below where it had been at the peak in 2008, though the population, the economy, the housing stock, and home prices have grown since then. So, unless home prices crater again, Americans are in pretty good shape in terms of housing debt.